Hellooo!! Have you made your holiday plans? While the pandemic has eased a little, there is thrilling news from all around the world. In the travel news, I have prepared for you this week, there will be different things that will excite you all. One of the most exciting and important news will be obviously the first retail shop of Google that will come alive as Google Store in NYC! I hope you enjoy this week’s travel news and enjoy your week!

Officials in Sweden have put up 16 socially separated tables in various locations around the nation. Visitors may forage for items from the surrounding environment. Under the skilled supervision of some of the world’s best bartenders, Sweden employs those locally sourced findings to create genuinely one-of-a-kind drinks. It seems Sweden is upping the ante on locally produced cocktail ingredients.

Sweden teamed up with bars to produce a series of dishes inspired by the four seasons for its current campaign. Tables have been carefully placed at areas as far south as the beaches and as far north as the mountaintops. Also, if you don’t have a chance to visit Sweden, officials from Sweden have revealed a number of the cocktail recipes they’ve devised for the program.

When it comes to going on holiday with family or friends, it is hard to guarantee connected rooms. But the new technology of Hilton, Confirmed Connecting Rooms by Hilton, this is not a problem anymore. Via the Hilton Honors app or Hilton.com, it takes seconds to make it. Launching first in 18 hotels, customers also reserve more than two connected rooms.

This week, Google opens its first retail store in New York City. If you are a fan of Chromebooks, Nest devices, Pixel phones, and other Google gadgets you will be in love with this store in NYC. It’s designed as an ‘exploratorium’ says Ross, creative director for space.

In the store, there will be different environments such as think kitchen, living room, a child’s playroom. And most excitingly, there are rooms such as imagination space and sandbox space that customers can try the new technologies of Google.

Buy a Home in Croatia for 1 Kuna/16 cents

Legrad was formerly a bustling city with the second-largest population in Croatian territory. However, it has continued to suffer from depopulation throughout the previous century. As a result, the municipality has been drawing in new people. They offer dwellings for as little as one Croatian kuna.

Of course, there are certain conditions attached to the offer. The houses are all abandoned and in desperate need of repair, but the town will contribute an additional 25,000 Croatian kunas (about $4,045 in US dollars) to the project. Furthermore, anyone interested in taking advantage of the offer must be under the age of 40, financially secure, and committed to living in the area for at least 15 years. 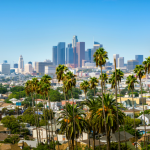 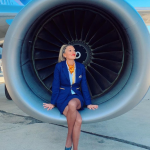