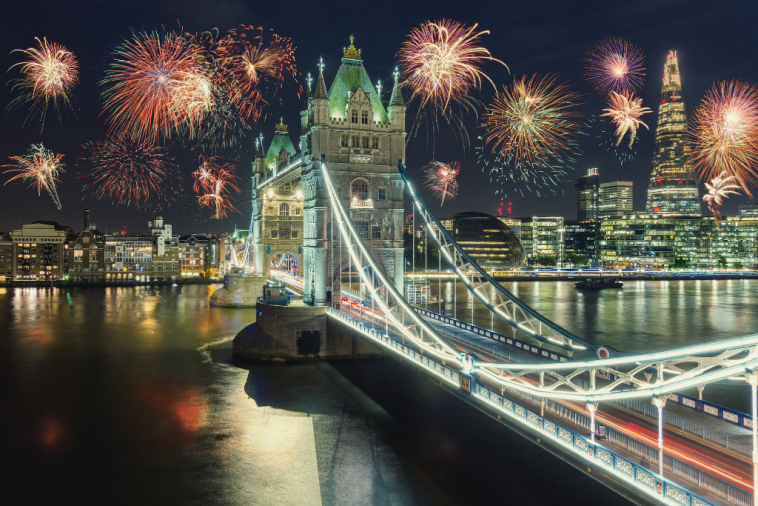 Welcome to this week’s travel news. Time flies and we are about to end 2021 in a couple of days. The world is preparing to welcome the new year but at the same time, the rapid spread of the new Omicron variant of the coronavirus has forced some big cities to announce New Year’s Eve cancellations due to the current COVID situations. But don’t worry, we have plenty of positive news too that will fill you with hope and travel inspiration! If you are ready, let’s take a look at them!

Adults Can Experience This Space Center for a Lifetime Memory

This winter, the Kennedy Space Center Visitor Complex is asking adults to come and live out their childhood dreams with an out-of-this-world experience. Guests are invited to come in for a cocktail and a talk with an astronaut throughout the Christmas season as part of the center’s new Chat With An Astronaut series and the relaunched Astronaut Encounter.

The Chat With An Astronaut series is held in a small-group format to ensure that each guest’s most pressing questions are answered. Guests can also enjoy food and drinks together during the chat. The show airs twice a day, at 10 a.m. and 2 p.m. ET.

Panda’s are Now not in the Endangered Species Status

After their number expanded by 17 percent in a decade a few years ago, pandas were moved from ‘endangered’ to ‘vulnerable’ on the global list of species at risk of extinction.

The IUCN has updated the panda’s status on the Red List of Threatened Species after 30 years of sluggish but steady progress. The decision acknowledges the Chinese government’s, local communities, nature reserve staff’s, and WWF’s long-term efforts. It demonstrates that conservation efforts are effective and give hope to the world’s other endangered species.

Iceland’s authorities have proclaimed the country’s longest volcanic eruption in 50 years to be over. The lava eruption began on March 19 on the outskirts of Mount Fagradalsfjall, some 25 miles (40 kilometers) south of Reykjavik, and lasted six months. According to volcanologists, lava has not flowed for eight centuries in the Reykjanes peninsula and nearly 6,000 years where the eruption occurred.

Despite the fact that there has been no new lava flow in months, scientists will continue to watch the area, and trekkers should exercise caution since some experts have warned that more eruptions in the area are likely.

Cities that are Postponing Their Major New Year’s Eve Celebrations

Unfortunately, again this year, New Year’s Eve celebrations are in the shadow of Covid-19 and its variants. So as a precaution, big cities around the world postponed the celebrations. Here are some of them:

Paris has canceled its traditional fireworks display over the Champs-Elysées Avenue to welcome the New Year because of the renewed coronavirus surge.”The fireworks will not take place, nor unfortunately will there be any DJ sets,” the mayor’s office told AFP in a report on France24.com. French Prime Minister Jean Castex said on Friday, December 17, that major public parties and fireworks would be banned on New Year’s Eve and recommended that even vaccinated people take a self-test before getting together for year-end parties, according to Reuters.

No fireworks show over the Acropolis this year. Health Minister Thanos Plevris said during a news briefing on Thursday, December 23, that all public Christmas and New Year celebrations planned by municipalities are canceled. All travelers arriving in Greece will be strongly advised to take Covid-19 tests on the second and fourth days after their arrival, on top of the existing requirement to provide a negative test result to enter Greece.

In Italy, Rome is among several cities that have decided to cancel festivities over Covid health concerns. Large New Year’s Eve celebrations across the country have been canceled, including open air concerts and fireworks in Venice. Nightclubs will be closed for the month of January as well. The Campania region has also banned feasts and alcohol consumption in public areas from December 23 to January 1.

Germany will impose strict contact restrictions to curb the spread of Covid starting on December 28 and prohibit New Year’s Eve gatherings, German Chancellor Olaf Scholz announced on Tuesday, December 21. That means no big fireworks gathering in Berlin, the capital, nor in other big gathering spots such as Munich and Frankfurt.

Public New Year’s Eve celebrations in Scotland will be canceled, Scottish First Minister Nicola Sturgeon said on Tuesday, December 21. In a statement, Sturgeon explained details for post-Christmas restrictions on large events to blunt the spread of Omicron. Sturgeon said the move will “also mean unfortunately that large-scale Hogmanay celebrations — including that planned here in our capital city — will not proceed. I know how disappointing this will be for those looking forward to these events.”

A planned New Year’s Eve event in London has been canceled over Covid concerns, Mayor of London Sadiq Khan tweeted on Monday, December 20.” Due to the surge in Covid cases, we’ve taken the difficult decision to cancel our NYE event in Trafalgar Square,” said the tweet from Khan’s verified account. “The safety of all Londoners must come first.”A statement attached to the tweet said the celebration had been expected to host 6,500 people in Trafalgar Square. Instead, a program will be broadcast at midnight on BBC One, Khan said.

The government of India’s union territory of Delhi, which encompasses the national capital of New Delhi, has announced a ban on all social, cultural, political and festival gatherings until further notice because of a rise in Covid-19 cases, CNN’s New Delhi Bureau reports. All officials “shall ensure that no cultural events/gatherings/congregations take place for celebrating Christmas or New Year” in the region, according to the Delhi government’s order. Bars and restaurants will be allowed to operate at only 50% capacity. 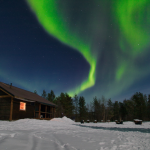 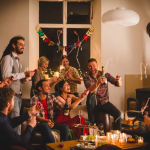