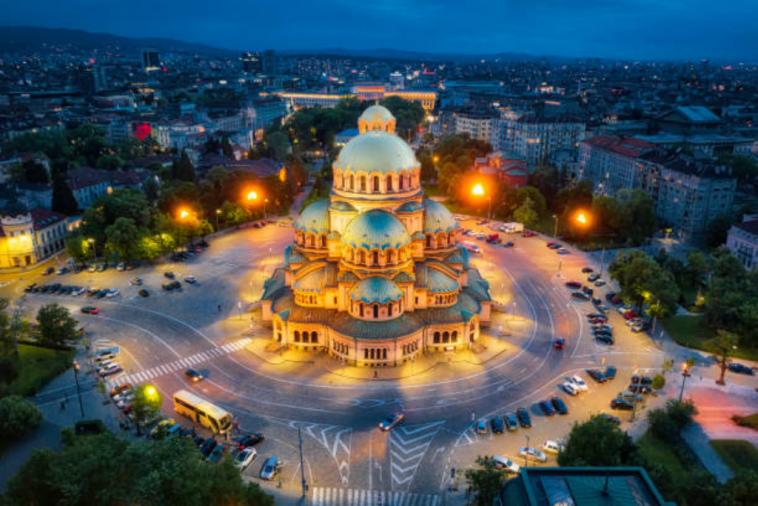 The capital of Bulgaria has so many stories to share with us! It is unfair for Sofia to be at the bottom of the “places to visit” list alongside other European cities. If you are ready to take a trip to an encyclopedia, you shouldn’t wait for your Sofia visit.

Various communities had lived throughout the years, and all left a mark in Sofia. Undoubtedly, these traces, which turned into attraction points, will bring you a new perspective. Churchs functioned as mosques for centuries, dominant Soviet architecture, and blended with the modern city yet still not fully revealed Roman ruins are some of them.

I can see some history lovers smiling. What about people with different interests? Don’t worry; Sofia is shaped with every traveler in mind. Best food, the most active places, the most beautiful streets and roads, the greenest parks…

Don’t be intimated by Sofia being the capital! You can’t beat your steps score by walking in Sofia. All of the places are waiting for you as if they are holding hands. You can put a tick to every place in your Sofia list either in one day or one weekend; it is up to you.

Thanks to the things to do in Sofia, the city that more travelers acknowledge every other day, you will definitely enjoy your time and won’t get bored. Let’s look at the list of the 25 best places to see in Sofia!

Special thanks to Melih Daşgın for this comprehensive Sofia, Bulgaria list and also you can check the Turkish version of this post from Turizm Günlüğü.

You can’t find an article that doesn’t mention the Cathedral of Saint Aleksandar Nevski, the popular building of the city, as one of the must-visit places in Sofia. The mesmerizing cathedral, built between 1882-1912is one of the biggest Orthodox churches! It’s also the biggest cathedral in the Balkans after the Temple of Saint Sava in Belgrade. Even if its interior is not as fascinating as its golden dome outside, the Cathedral of Saint Aleksandar Nevski is still is on top of Sofia’s places to see list. Under the cathedral, you will find the cellar converted into a museum for Orthodox icons. If you are interested in the history of Orthodox Christianity, this might be worth a visit.

2. St. Sophia’s Cathedral and Monument of the Unknown Soldier

The name Sofia comes from this church. The history of the building, whose red bricks stand out at first glance, dates back to the Byzantine period. When you visit the church, which was used as a mosque during the Ottoman period, you can see the ruins of the ancient church and tombs that are more than 1500 years old. The monument you will see right next to the church is the Monument of the Unknown Soldier. The monument is a piece made to be a symbolic cemetery of all known and unknown Bulgarian soldiers who lost their lives in the National Liberation, unification and defense of Bulgaria.

Did you know that the Cyrillic alphabet originates from Bulgaria, not Russia? St. Cyril and Methodius National Library and its garden are worth seeing. In front of the library, you can see the monument of Cyril and Methodius brothers, founders of the alphabet.

Considered one of the landmarks of Sofia, the church is located at the intersection of Rakovska and Tsar Osvoboditel streets. Sveti Nikolay Mirlikiyski Russian Church was built with typical Russian architecture and having a magnificent exterior. Its five gold-plated domes and hidden garden are worth seeing.

It would be great if you could catch a play in this theater, which was built in 1906. The Ivan Vazov National Theatre was burned down during the play in 1923 and was renovated in 1924.

Serdica, one of the old names of Sofia, was the name given to the city during the Roman period. You can travel back in time while walking among the ruins from that period. It is entirely free if you ask us the best part.

Being the oldest building of Sofia makes the Church St. George Rotunda one of the must-visit places. It was built in 4-5th century AD and turned into a church in the 6th century. Alongside the glamor of the red bricks surrounding the exterior, you should add going inside to your visit to see the frescoes painted during the conversion in the Ottoman period.

Definitely, it is famous as the other churches in the city, but St. Nedelya Church differs from them with being the place where the assassination of the Bulgarian Tsar Boris III in 1925 was held here, and it hosted a tragic event such as the loss of more than 200 people’s lives.

Banya Bashi Mosque, dated back from the 1500s and was designed by Mimar Sinan, is the only mosque open to worship in the city, and it is an important place you should not miss.

Sofia History Museum was built by transforming the thermal spa building, the Central Mineral Baths, into a museum and it has a more fancy interior. You can relax in the park right in front of the museum and sip the thermal water flowing from the fountain in the corner.

You can find everything if you are looking for food and drink in “Central Sofia Market Hall” opposite the Banyabaşı Mosque. In the 2-story building, many markets and kiosks are lined up side by side, selling affordable products. Vegetables, fruits, meat, cheese, bakery products, and various foods stand out the most.

Let’s have a walk and do some shopping. Without a doubt, Vitosha Boulevard is the most famous shopping and walking street in the city. On the boulevard, which is closed to vehicle traffic, you can find something that attracts you at any time of the day. You can watch the performances of street performers on the street while buying local products and shopping from chain brands. Do not forget to take a coffee break in Vitosha. The boulevard is very beautiful both day and night.

If you are a museum lover, the National Museum of History should be the first museum you should visit in Sofia. It is a wonderful place that is located at the foot of Mount Vitosha. The museum contains 650 thousand artifacts from the beginning of the country’s history to the present. Especially the magnificent main hall on the first floor is marvelous!

Remaining from the 10th century, Boyana Church has been on the UNESCO World Heritage List since 1979. It is waiting for you at the foot of Vitosha Mountain, 20 minutes from the city center.

Borisova Garden is Sofia’s oldest and best-known park. If you love nature, here is the paradise in Sofia! A break between your trip will be nice in Borisova Garden, which is full of people playing sports, cycling and outdoor activities all day long.

16. Monument to the Soviet Army

Perhaps the Monument to the Soviet Army is the most dominant Soviet monument in Sofia. It is the most eventful monument in the country, built in 1954 to commemorate the rescue of the Soviet Army, who saved Bulgaria from the alarming situation in the 2nd World War. Soviet Army soldier figures in front of the monument painted into American popular culture heroes overnight. The monument has often been the center of various actions, but this is the most well-known one. Since removing is always on the agenda, I recommend visiting the monument before it is removed.

The Sarmadzhiev House on Tsar Osvoboditel street is where Mustafa Kemal Atatürk’s office was located during his military attaché years in Sofia. You should visit it, at least from outside. It is such a highly spiritual building!

Another spiritual building on the list. This is the same building where Mustafa Kemal Atatürk wore the janissary arm-master outfit that amazed the whole world at the masquerade ball held on May 11, 1914.

It is just one of the buildings that will make you feel the dominant Soviet architecture the most. It is quite enjoyable to sit on the steps of the Bulgarian National Bank at sunset and watch the Bulgarian Flag wave on the Old Parliament House. You can try to picture the years when there was a big red Communism star at the top of the pole, where the flag was.

After the statue of Lenin was removed in 2000, Saint Sofia Monument was built in the exact same place in 2001. The word Sofia, which we are familiar with from Hagia Sophia, means wisdom. When you look at the monument, it is possible to see objects representing the elements of wisdom. The owl and laurel crown she holds in her hands are symbols of it. I recommend you visit the monument after which the city of Sofia is named and depicts Saint Sofia, especially at sunset.

21. Church of St. Petka of the Saddlers

As of its location, this small church seems like it stands in the middle of everything. The Church of St. Petka is very small, while it is expected to be grandiose. Do not ignore this tiny but dating back 11th-century house of worship.

Bulgarian Archeological Museum is another building that was previously a mosque and later turned into a museum. You can find numerous artifacts belonging to the Thracians, Romans, Byzantines, Ottomans, Slavs, and Bulgarians here, and you can learn a lot about the history of Bulgaria.

Another Mimar Sinan structure in Sofia. Black Mosque was built in 1528 by order of Suleiman the Magnificent and then converted into a church in 1903. In Bulgaria, it is known today as the Church of Sveti Sedmochislenitsi. Can you see the black granites on the minaret, which gave the Black Mosque name to the building?

Bulgaria is a country where freedom of belief is experienced to the fullest. It is possible to see worship places belonging to each religion in the city. One of them is the Sofia Synagogue. The synagogue is one of the largest synagogues in Europe. Don’t forget to go inside to see the permanent exhibition on the history of Bulgaria’s Jewish communities.

You can’t leave without taking a detailed look at some of the dominant Soviet architecture when visiting a city like Sofia. You can find many examples of Soviet architecture throughout the city, but you can never miss this one. National Palace of Culture, built in 1981 in honor of the 1300th anniversary of Bulgaria, is today the center of a wide variety of art activities. 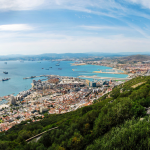 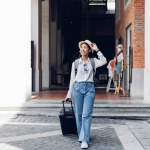