For this week, I actually felt like the smoothest week in terms of news regarding the travel world since the pandemic started. As it is the main topic of the pandemic period, border re-openings were one of the hottest issues taking place over the news. Except for that we again saw the efforts of the governments to design their tourism strategies for the future. The new design of the traveling world seems to be built over the sustainability concerns of countries. Especially, European countries that have relatively more economic powers and are not totally dependent on tourism revenues for their entire economies will be the pioneers of fighting against the effects of overtourism.

The EU Is Reopening – But Not For Americans

By the beginning of July, the EU opened its borders for travelers inside the Union. The last week, we saw that the EU was not considering opening borders for Americans. And by the end of the months, the decision got certain. The decision about border reopenings of the EU will be reviewed every two weeks. But, it’s likely that the borders of Europe may not be opened for Americans any soon if the pace of the spread goes in that way in the US. So, this summer may not be the one for a European vacation for Americans.

As you could also follow from our articles that the world may be coming to the end of a cheap traveling era. To make a claim of this statement, actually, the strongest reasons were coming from the actions taken by governments especially about the aviation sector. As you know, the first steps were taken by France and Austria and it seems to be spread over Europe. Austria increased taxes for low-cost carriers, especially on domestic flights. France plans to ban domestic flights between two points which have under two and a half hours distance by train. Actually, all these simply mean that airlines will face more costs and offering less supply of seats to the market. And actually, all those precautions taken by governments are due to the effects of overtourism. So that the prices will have to rise up inevitably.

Besides the overtourism and sustainability issues, there is also the financial side of the issue. For the post-COVID term, it seems that airlines may try to recover their profits that they couldn’t during the no-flights era of the pandemic. So they will just slightly raise their ticket prices. Some sources claim the reverse scenario that they will decrease the prices to attract more customers. However, their supply will be less and I don’t think that they would bear to fewer profits after all. Going out of the aviation sector, this week’s news is from the accommodation sector actually!

According to Reuters, the Amsterdam officials decided to ban Airbnb rentals in the old historic city center. And the ban will be valid by the beginning of July. In the pre-COVID era, the Dutch city was also having a tourism boom which led to overtourism as many other touristic cities in Europe as well as in the world. Among France and Austria, Holland is also one of the countries that took many regulative decisions about redesigning tourism for the post-COVID era. We also shared the news two weeks ago that Amsterdam tries to finish sex-and-drugs tourism in a post-pandemic reboot. The tourism board of Holland also stated that they only looking for ‘quality tourists’ rather than mass tourism.

Actually, these topics about sustainability issues are not the newest agenda of tourism boards. However, the pandemic fastens most of the processes of new regulations. You may remember that there were many protests in Barcelona against tourists. Back in time, Barcelona also banned opening new hotels in the city center. The city was overwhelmed by the effects of overtourism. The same issues were valid for Italy as well. You may simply remember that tourists were taken into Venice by a number of quotas. When it comes to southeast Asia, Thailand and the Philippines had to close down some islands due to overtourism. That’s why for governments, to earn the same revenue from the tourism sector with fewer visitors became the crucial point. And that is simply called ‘quality tourists’.

Well, you know, to increase the supply of accommodations means that higher competition. And to fill the capacity that you are supplying into the market, you just start to decrease the prices which leads to more demand. Actually, banning new hotels or Airbnb rentals in the city centers means restricting the supply. So, prices should go higher in time. In this way, the demand would decrease and the effects of overtourism could be beaten. However, that comes with a result of a more expensive traveling era. In the last couple of decades, the strategy of governments seemed vice versa that they were trying to attract as many visitors as possible. The quantity was coming over the quality. Countries were proud to be the most visited ones by the number of visitors. But today the situation got quite the opposite.

As Holland prefers quality tourists rather than mass tourism, this is exactly the case. It seems that the world wants to make traveling more expensive that fewer people would be moving around the world which would satisfy the sustainability goals of the governments. Now governments want to be proud of ‘effective’ visitors with heavier pockets. And after many bankrupted airlines, tour operators, or travel agencies, to make this scenario happen will be easier because there won’t be high competition in the market anymore. It also means that there won’t be intense marketing activities. Well, while this is bad news for individuals who have lower budgets for traveling, in some aspects it may be the right solution for the health of the globe.

Taiwanese Way To Satisfy The Wanderlust

One of the most sympathetic news was from Taiwan this week. Besides its amusing side, it is also a very good example of creativity and entrepreneurship. The international flights are not back in the country yet. However, Songshan Airport wanted to offer a group of people to experience a simulation of an international journey experience in the empty airport. Sixty chosen ‘passengers’ among 7000 applicants had a chance to participate in the ‘journey’. In this way, the airport also had a chance to promote the new renovations that have been recently completed. All in all, it was a fun and quite ‘Asian’ way of a different experience for everyone. I would like to congrats the people who came up with this sweet idea! It was a far good marketing activity including many benefits and aspects in it. 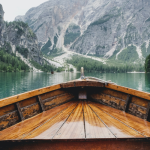 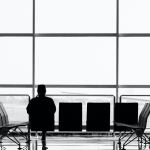