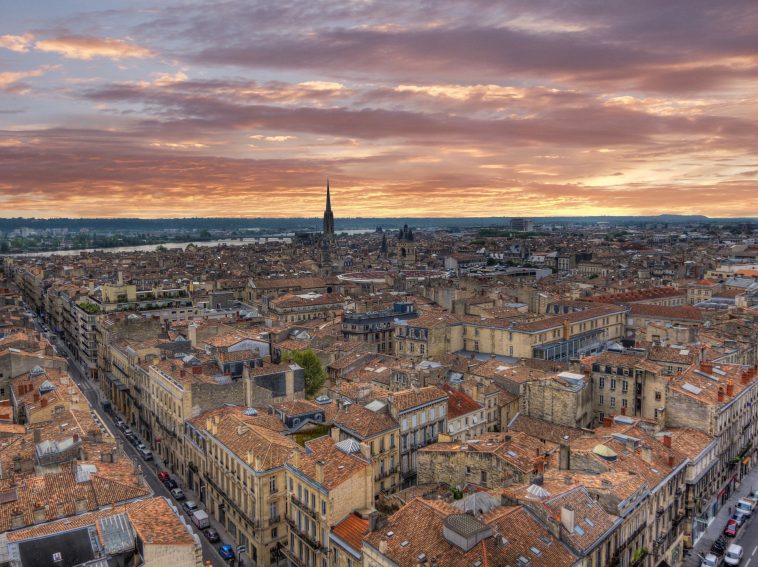 Of course, Paris is probably the most famous and popular city in France for tourists. But the country has so many more to offer. From Mediterranean coastal areas to mountainous regions, there is something for every taste here are the best places to visit in France instead of Paris!

Nice is located on the Côte d’Azur and thus belongs to the beautiful coast on the French Riviera. The lovely Mediterranean city delights with elegant Baroque architecture and Mediterranean markets. The beaches and the deep blue water attract sunbathers and bathing rats every year. The Promenade des Anglais is a popular promenade with tourists as well as locals. But art is not neglected here either. After Paris, Nice has the most museums in France. Young and old travel to the multicultural port city to enjoy the French lightness. Travelers have no problems communicating in Nice, English is spoken everywhere. But the locals really appreciate it when you try to speak some French.

Cannes is a luxurious one on the Côte d’Azur in Cannes. The city stands for elegance and holidays in a class of its own. Impressive yachts and boats can be admired in the harbor. And the city center, with its well-preserved cobblestone streets and fashionable boutiques, invites you to go shopping. The city is probably most famous for the annual Cannes Film Festival. Along the Promenade de la Croisette, one deluxe hotel follows the other. A walk on the promenade is an incredibly good way to visit extraordinary hotels. In the busy summer season, the beach and the majestic blue sea invite you to spend the day. If you have a little more money left in your pocket, you can also charter a yacht or a boat. Off the coast of Cannes, there are several small islands that can be explored in this way. Around the islands, yachts drop anchor to swim and snorkel. On the large island, Sainte-Marguerite, there is a beautiful old castle that houses a maritime museum. In addition, there are some bars and restaurants The small island, Île Saint-Honorat is known for its castle ruins and monastery. Nevertheless, on the islands, you can enjoy the perfect day on a secluded beach.

Marseille is the second big city in France, it is the capital of Provence and is one of the most popular destinations in the south of France. The city offers a mild climate countless as well as impressive sights. With its 26 centuries of history, Marseille is a real treasure for any history lover. In addition, you should not miss the wonderful art and cultural scene. Because Marseille was named the European Capital of Culture in 2013. During a walk through the city, it seems as if you are in a small version of Paris. In the Marseille tourist information, you can pick up a free city map.

The old town of Marseille is also called “Le Panier” (basket). There are many small pedestrian streets, shops, and cafes here. There is a peaceful and quiet atmosphere. For art lovers, a stop at Mucem Museum should be an absolute must. The museum is dedicated to the cultures of the Mediterranean and is located directly at the port. The large museum complex consists of an old fortress from the 17th century and a modern building, in the form of a cube. Both buildings of the Mucem are connected by a pedestrian bridge. Admission to the museum is free. And once you are there, you should look at the Vieux Port, the Old Port. Marseille and its natural harbor have historically been the most important commercial center of France. And even today, the fishermen go about their daily work there. In addition, you should walk along the whole harbor. From the two fortresses as well as from the Pharo Palace, you have a wonderful view of Marseille and the port. Another spectacular sight is Notre Dame le Garde. This large church with a beautiful façade is the landmark of the city. Apart from that, there is much more to see in Marseille. Such as more churches, breathtaking viewpoints, interesting art museums, restaurants with excellent French cuisine, and many shopping opportunities.

Lyon is one of the most beautiful French cities and it is located between the French Alps and the Mediterranean Sea. Lyon t is the capital of the Rhône-Alpes region, and located between the Rhone and Saone river. This France city has a long and rich history. You can explore several distinct phases in the history of Lyon. Starting from the former capital of the Gauls, you can see the Roman period, the Middle Ages, the Renaissance, and the modern period. The city is home to countless architectural masterpieces. Vieux-Lyon is the protected historic old town district. Many of the old buildings from the Renaissance period have been well preserved. And so, UNESCO has declared the old town of Lyon a World Heritage Site. You should visit the higher district Fouriere and enjoy the spectacular views. Here you will find the Basilica Fourviere from the 18th century, which is also called Notre-Dame de Fourvière. In the immediate vicinity, only 5 minutes’ walk away, there are huge Roman ruins. This archaeological site is home to a large amphitheater and a smaller odeon where concerts are still held today. Another district worth seeing is the Croix-Rousse. It is the silk weaving district and plays a key role in the history of Lyon. Today you can learn about the weaving industry of Lyon in old, preserved weaving mills.

Apart from history and culture, Lyon is known for its gastronomy. Lyon is considered the culinary capital of France. It is even said that Lyon has the most restaurants per inhabitant in France. In this breath, his also bouchons to call. These are traditional restaurants that have their origins in Lyon. For true gourmets, a visit to the indoor market “Les Halles de Lyon” is an absolute must. The market was founded by the French star chef Paul Bocuse and today you can find the best regional food around Lyon. And if you are in Lyon, you should try the specialty of the city.

The sights and museums often only charge a small fee if they are not completely free. Or you can buy a day ticket that offers unlimited access to public transport, as well as admission prices or discounts.

La Belle au Bois Dormant, which translates to the “Sleeping Beauty”, is the nickname of Bordeaux. But in the meantime, the city has awoken from its beauty sleep. And today Bordeaux is a beautiful and modern metropolis. You can find Bordeaux is in the southwest of France not far away from the Atlantic Ocean. Bordeaux is best known for its delicious wines. After Paris, the city has the highest number of preserved historic buildings of any city in France. The city has also made it onto the UNESCO World Heritage List. But Bordeaux is also a dynamic university city. Over 60,000 students are at home in Bordeaux. Many new restaurants, cafés, and squares contribute to the young and vital atmosphere. Bordeaux is a city that is ideal for exploring on foot. In addition, there are many pedestrian zones and squares where no cars are allowed. Especially in this place, you will find the best restaurants and shopping.

In addition, there are many must-see sights in Bordeaux. The Place de la Bourse and the Miroir d’eau reflection pool, created in 2006. The Cathedral of St. Andre is the cathedral which you can also climb up. The Basilica of St. Michael is a UNESCO World Heritage Site and at the same time part of the Camino de Santiago. Rue Sainte-Catherine, one of the pedestrian streets and main shopping street of Bordeaux mentioned. The Porte Cailhau, a city gate, and the Great Cloche with a large bell, both date back to the Middle Ages and are now popular photo opportunities in Bordeaux. In addition, there are countless museums as well as an old submarine bunker, which is now also part of the art scene. Apart from the architecture of the city, Bordeaux is world-famous for its delicious wines. Therefore, for every wine lover, a visit to the Cité du Vin, the famous wine museum of Bordeaux, is an absolute must. Of course, wine tasting tours in and around Bordeaux can also be booked. Among the most popular is the visit of Chateau Haut Brion, Chateau Lafite Rothschild and Château Ausone.

Strasbourg is in the east of France and is the capital of Alsace. Strasbourg. The city is characterized by its remarkable architecture. Strasbourg is also the seat of the European Parliament, the Council of Europe, and other institutions. Strasbourg is known for its half-timbered houses, which exude the romantic atmosphere of the past. In addition, in Strasburg, you can learn a lot about the history of France. The city center of Strasbourg is a UNESCO World Heritage Site and is home to many historic buildings. The Cathedral of Strasbourg is an architectural masterpiece and the astronomical clock inside is particularly impressive. La Petite France with its bridges and canals is the picture-book Strasbourg that you should not miss.

Strasbourg and the surrounding region of Alsace are of course also home to typical Alsatian specialties. In Strasbourg, there are many traditional restaurants that offer exactly these dishes. A wine tasting and Alsatian tarte flambée are part of the culinary must. Otherwise, Strasbourg is also a student city, which you notice here and there. Here is a little tip. Student restaurants and pubs are a good address for delicious food in a relaxed atmosphere.

The city can be explored in a brief time, whether on foot or by bike. Otherwise, there are enough modern public transports that facilitate navigation in the city. 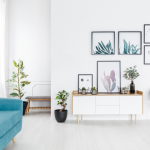 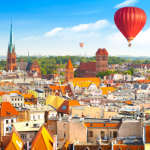