What are Travel Bubbles?

Travel bubbles in other words travel corridor mean that an exclusive travel partnership between two countries that believes each other in terms of combatting against the pandemic successfully. Those countries are generally neighboring countries or countries in similar regions. One of the first examples of travel bubbles has been done for the European Union. Back in time, EU countries created a free traveling zone among the member countries including other 8 successful countries such as Canada, Japan and etc. Not making the words longer, I am adding here a very well prepared link about travel bubbles and its history during the COVID-19 if you would like to check further.

UK And US are in Talks for Travel Bubble

As we said in our introduction, although the case numbers are rising, it seems that countries will not bring back the restrictions. Travel bubbles will serve to ease the economic pressure, not only for tourism but also for international businesses. It is obvious that the term ‘travel bubbles’ and its practice will be around many times more. Although the UK had already removed travel restrictions with the EU, United States citizens are still not able to travel to Europe. As one of the busiest routes in the world, London – New York means a lot for the aviation sector. But in the first phase, the UK considers allowing citizens from New York where the rate of cases is low. For the details of the case, you can go through the link.

By the rule came into an effect on the 9th of September, UK authorities removed some of the Greek islands in their travel list. Popular islands like Crete, Mykonos, and Santorini are among these 7 islands that the UK banned from the list. That simply means that UK citizens who will visit those islands will have to go into quarantine when they are back in the country. The reason for the new rule was obviously a considerable rise in new daily coronavirus cases there in recent weeks. The UK government updates the list of countries in their travel corridor on their website.

Morocco is one of the most exciting orientalist tourist spots with many versatile activities and offering scenic photoshoots. The country opened its borders by the last week to foreigners. The only initial criteria that you can enter the country that you should show your hotel reservation. This easing applies to the citizens of 67 countries that Morocco doesn’t ask visa from their citizens. Visitors will also have to present a negative COVID-19 test taken in 48 hours. However, the country is having a rising number of cases, including the most touristic cities, Marrakesh, Fez, Casablanca, and Tangier. Those cities are still under strict lockdown. Nobody can leave or enter these cities if they don’t have a medical need or have a permission letter from local authorities.

Mauritius, a remote tropical island has had just 356 cases of coronavirus and 10 deaths. However, the county didn’t record any death in more than four months, since April 29. The economy of the island-country heavily dependent on foreign tourism. Having more than 1.5 million tourists per year more than the population of the whole island, the government still doesn’t consider opening the closed borders since the 18th of March any soon.

In many of our news, we have mentioned the intention of European countries to reduce the number of flights between close cities. Instead of flights between those neighboring cities, the EU wants to boost more sustainable options as train services. The new route launched by RegioJet linking up 3 cities including Vienna, Budapest, and Prague. Ticket prices will vary from 9€ to 16€ including a Wi-Fi service. RegioJet hopes to compete with airlines by their new offer. And it could be a good option for eco-minded travelers as a more sustainable alternative than flights.

Researches suggest that some train services across Europe are actually faster than flying, and it’s becoming more and more simple than ever to take a train across the continent. You can consider the time that you should arrive at the airport in advance more; all the screenings, ticket procedures, and the boarding process. As it moves to emerge from the coronavirus pandemic, some economists are arguing that a new ‘ultra-rapid’ train network that connects capital cities should be part of Europe’s post-pandemic recovery plans. And initiatives of European governments seem to make it happen.

Well, we shouldn’t be much surprise about this museum opens in Denmark. Denmark is the second happiest country in the world after the Finnland. In general, Scandinavian countries are famous for their happy people. The Happiness Research Institute studies the science of happiness. The Institute took the initiative to open the museum. Museum will offer its visitors interactive exhibitions and experiences of how countries perceive happiness differently. Also, the reactions of visitors will be a source for the researches of the Institute. You can watch the video to understand the mindset of the museum.

Thanks for reading! Please don’t forget to leave your thoughts and comments!
If you like our weekly travel news, please share it with your friends! 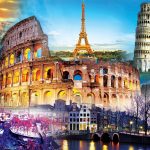 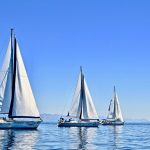