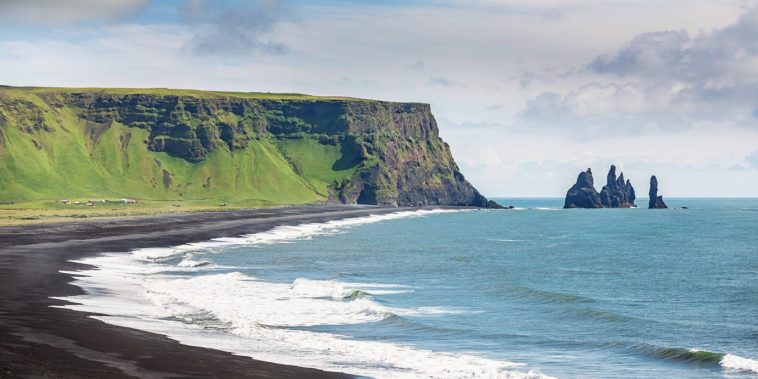 In April 2019 I was lucky enough to travel to South Iceland. For all the adventurers out there, here is a list of 7 must-see sights in South Iceland and the golden circle. Enjoy my tips for traveling sights on the South Coast of Iceland.

Þingvellir is a historic site and national park in Iceland, in the east of Reykjavík. It’s also known for the Alþing, the site of Iceland’s parliament from the 10th to 18th centuries. In the national park, you can find the Þingvellir Church and the ruins of old stone shelters. The park sits in a valley formed by the separation of 2 tectonic plates.

Kerio is a volcanic crater lake located in the south of Iceland, along the Golden Circle. It is one of several crater lakes in Iceland’s Western Volcanic Zone. It is somewhere definitely worth visiting if you are passing by. The crater has amazing views from the top as you can look down onto the turquoise-colored lake. But also there are breathtaking views on the surface as you get to see the mix of colors in the crater.

Gullfoss is a breathtaking waterfall located in the canyon of the Hvítá river in southwest Iceland. It is just over 100Km (70 miles) from Reykjavik which is about an hour and a quarter drive.

The waterfall is one of the MUST-see sights in South Iceland. The views are amazing and unforgettable. If the weather isn’t too bad then you can walk to a viewpoint which takes you right up to the top of the waterfall. But due to bad weather, it is sometimes shut off.

Skógafoss is a waterfall on the Skógá River in the south of Iceland. It is about a 2-hour drive from the capital, Reykjavik. The waterfall itself is spectacular and is one of the best waterfalls in Iceland, definitely worth the visit. The best time to go and visit the waterfall is first thing in the morning as you have the place to yourself but later on, in the day lots of golden circle bus tours start to turn up and it starts to get extremely busy. The views of the waterfall are breathtaking and if it is not closed due to bad weather, you can climb up to the top of the waterfall and see it from above.

Seljalandsfoss is a waterfall in South Iceland. It is located in the South Region in Iceland right by Route 1 and the road that leads to Þórsmörk Road 249. The waterfall drops 60 m and is part of the Seljalands River that has its origin in the volcano glacier Eyjafjallajökull. This is my favorite waterfall in Iceland that I visited. You had the chance to walk behind the waterfall and get some amazing pictures. There are also three more waterfalls right by Seljalandsfoss. One of them is hidden in a cave and you gave to walk through a cave to get to it. This one, in particular, was amazing no one was there as it was hidden so you had it to yourself. This is defiantly the place to come if you want to see some spectacular waterfalls!

Reynisfjara is a world-famous black-sand beach on the South Coast of Iceland, just beside the small fishing village of Vík. The beach isn’t too far from both waterfalls so you can tie it in with your day. The beach is a touristy location and is very busy. As it is on the coast it is very very windy so if you are going there then definitely have lots of layers.

The Blue Lagoon is a geothermal spa in southwestern Iceland. The spa is located in a lava field near Grindavík on the Reykjanes Peninsula, in a location favorable for geothermal power, and is supplied by water used in the nearby Svartsengi geothermal power station. Although the Blue Lagoon is very expensive it is definitely worth it. With the cheapest package, you get a free drink from the bar and a free face mask. If you want more than one drink, you will pay for it as you exit the building. It is only a 15-20-minute drive from Keflavik and about an hour from Reykjavik.

For 3 nights we stayed in our own lodge in the golden circle area. The position of it was perfect as most places were only about 40 minutes to an hour away. Our lodge had a kitchen, a lounge, 2 bedrooms, and a hot tub. There was hardly any light pollution around our lodge which gave us the perfect chance to see the Northern lights! 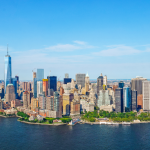 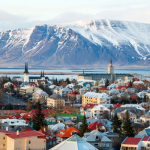