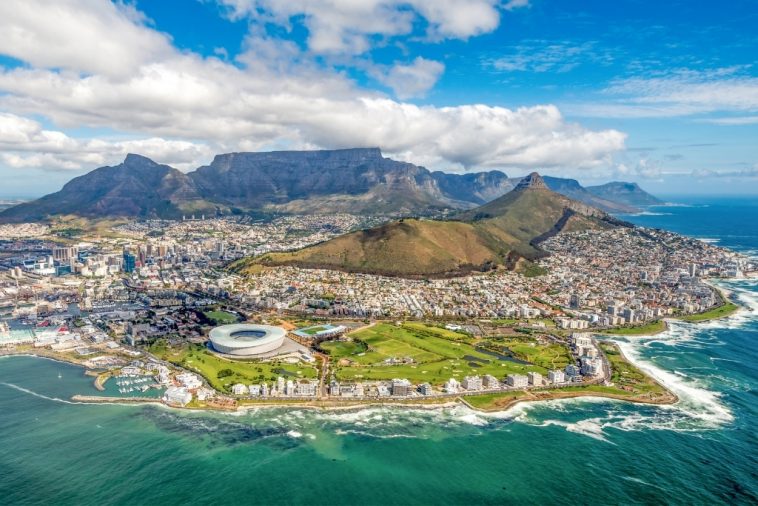 Cape Town is located at the southern tip of the African continent and attracts many tourists to its beautiful region every year. It is, after Johannesburg, the second-most populous city in South Africa and the legislative capital of the country. Also referred to as the “Mother City”, Cape Town is mostly known for its stunning landmarks such as Table Mountain and the Cape of Good Hope. For good reason, the city was often named one of the best places in the world to visit. Pull inspiration for your next trip from this list of the best 8 places to visit in Cape Town.

The best time to visit Cape Town depends on the activities you have planned. Peak season is from December to February as temperatures are high and people are looking for a beach getaway. For hiking tours, the best time to go is between April and June. If you are looking for a great wine tasting experience, the months between June and August are ideal. Safari tours are best between May and October as chances are high to see a variety of different animals.

Cape Town’s beautiful suburb of Camps Bay is best known for its white sandy beach, its stunning views of the Twelve Apostles as well as its numerous trendy restaurants and bars. During summertime, you can spot many locals and tourists who are sunbathing and relaxing at the beach, and dining on the terraces of noble fish restaurants. Camps Bay is the ideal place to enjoy a warm summer day.

Once in Cape Town, you definitely cannot leave without climbing up the famous Table Mountain – South Africa’s most photographed landmark. At an altitude of over 1,000 meters, you will be rewarded with the best views over the city and the sea. Besides walking up, there is also the option to take the cable car. While Table Mountain is one of the most popular and most visited viewpoints in Cape Town, there are numerous other spots to enjoy scenic views over the Cape Town region as well. These include Lion’s Head, Signal Hill, Chapman’s Peak Drive, Cape Point as well as Robben Island.

Hands down, a road trip along the coastline is one of the best things to do in the Cape Town area. The whole region promises scenic views and adventures. If you want to go on a long road trip, the Garden Route is the best way to explore South Africa. The scenic route stretches from Mossel Bay in the Western Cape Province to Port Elizabeth in the Eastern Cape Province.

Exploring the wildlife of South Africa should be on your list as well! Spotting Africa’s Big Five (lion, leopard, rhinoceros, elephant, and the Cape buffalo) is a true Bucket List item. Here’s a list of the 10 best safari experiences and lodges near Cape Town:

Can’t get enough of South Africa’s animals? The cute penguins at Boulders Beach in Simon’s Town will warm your heart and put a smile on your face. The beach is home to around 3,000 penguins. There is a visitor center at Boulders Beach that provides access to Table Mountain National Park. The beach section is part of this national park and two footbridges (that protect the African penguin colony from visitors) lead to the beach.

Besides huge mountains, a vivid city center and rocky coasts, the Cape Town Peninsula is also home to some of the most beautiful beaches. Did you know that the coastline of Cape Town’s beaches extends 307 km along the Cape Peninsula, False Bay and the West Coast? Muinzenberg Beach is one of the most picturesque in the Cape Town region and a paradise for national and international surfers.

The Cape of Good Hope is the most South-Western point of the African continent and offers spectacular scenery. It is a popular destination for many tourists and the perfect place for a hike. A common misconception is that the Cape of Good Hope is the southernmost tip of Africa. However, Cape Agulhas has defined the southernmost point of Africa and separated the Atlantic Ocean from the Indian Ocean.

If you are looking for entertainment, shops, and restaurants, the Victoria & Alfred Waterfront (short: V&A Waterfront) is the place to go. From here, you can also walk around the picturesque Sea Point Promenade and take photos of Table Mountain. Here you can also find ​the Cape Wheel, a giant observation wheel that offers a spectacular 360-​degree panoramic view of the Cape Town region.

Are there any other best places to visit in Cape Town? Let us know in the comments below! For more, don’t forget to check out my blog! 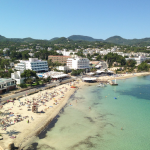 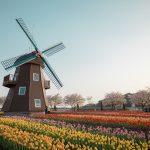