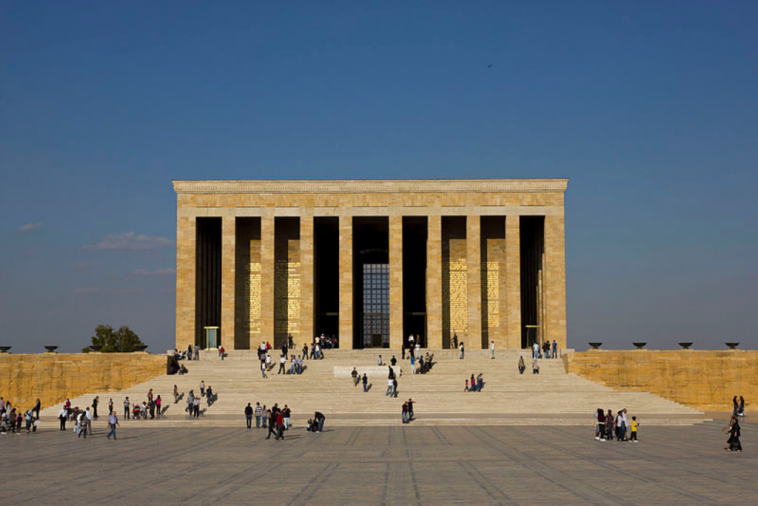 In this travel guide, I’ll take you to Atatürk Mausoleum known as Anıtkabir in Turkish, the memorial tomb of Mustafa Kemal Atatürk. Atatürk is the founder and first president of the Turkish Republic. Anıtkabir is located in Ankara, where is located in the center of Turkey in terms of its geographical location and is also the capital of Turkey. I would like to share with you the experiences I had. I had the opportunity to go to Anıtkabir twice, in May 2013 and October 2021. This city is worth visiting and I spent the most meaningful days of my life. Atatürk Mausoleum is one of the most important mausoleums to see. I hope you will like it!

Where is Atatürk Mausoleum?

Ankara is one of the cities with the largest area in Turkey. It is located in the Central Anatolia region. Anıtkabir is a mausoleum located in the heart of Ankara. This mausoleum is in Anıttepe, formerly known as Rasattepe.

If you are coming to Ankara by airline, you can take a bus or taxi after getting off at Esenboğa Airport. At this point, the cheapest method for you will be the city’s buses. You can buy a single pass card to use public transport. If you are coming to Ankara by rail line, you will need to get off at Ankara YHT Station. People coming from Eskişehir, Sakarya, Kocaeli, Istanbul, Bilecik can use the high-speed train. The journey by train will take approximately 4 hours. The station is within walking distance of Atatürk Mausoleum. So you can tour the city. I have been in Ankara on October 29th for the Republic Day celebrations. This bus journey took about 5 hours from Istanbul.

When to visit Atatürk Mausoleum?

Ankara is a city of four seasons. Summers are very hot and dry and winters are cold and frosty. It is best to go there during the spring and autumn months. If you go to Anıtkabir on some public holidays that Atatürk gave us; such as 23 April National Sovereignty and Children’s Day, 19 May Commemoration of Atatürk, Youth and Sports Day, 30 August Victory Day, 29 October Republic Day, the mausoleum will be very crowded and you will feel the enthusiasm more deeply. Likewise, on 10th November Atatürk Memorial Day, the anniversary of Atatürk’s death, millions will flock to mourn. You can attend official ceremonies this way.

When you come to Anıtkabir, I recommend you to visit the city. If you want to expand your visit to Ankara, if you are accompanied by a tour guide, you will have the chance to see and learn the history of Turkey more closely by staying for five days. If you are thinking of a more comfortable and short trip focused only on Atatürk Mausoleum, 1 day will be enough.

Where to Accommodate in Ankara?

As an accommodation, I have personally been to Wyndham Ankara. It was a quiet and comfortable hotel. For more affordable prices, you can take a look at daily rentals from Airbnb. Alternatively, I recommend the houses close to the consulates in the Gaziosmanpasa region. It is a very quiet, calm, and relaxing residential area.

Places You Should See in Atatürk Mausoleum

When you arrive at Anıtkabir you would see the Road of Lions, Peace Park, Museum, Burial Chamber, The Tomb of Ismet Inönü, Ceremony Area, and the Mausoleum.

To reach Atatürk Mausoleum, you have to cross the Road of Lions. The lion road is such a road that you cannot walk without looking at the ground. This makes people bow their heads to the ground who try to reach the tomb of Mustafa Kemal Atatürk. As the heads are bowed of the visitors who are about to arrive at Anıtkabir, an image of mourning comes out. You will see lion statues along the way. It represents power.

Inspired by Atatürk’s famous phrase “Peace at home, peace in World”. Plants are received from all over the world and the country.

Atatürk’s personal belongings such as gifts and automobiles are on display. Entry to the museum is free.

Mustafa Kemal Atatürk’s body was buried under the soil brought from all over Turkey. This includes lands brought from the garden of his house in Thessaloniki. Special permission is required for entry.

5. The Tomb of İsmet İnönü

Ismet Inönü, Atatürk’s closest friend of arms and the second President of the Republic. His tomb faces the Atatürk Mausoleum. It is located in the courtyard of Anıtkabir.

You can have a nice experience by attending the official ceremonies held on special days and you can watch the military marches.

It is the most important section of Atatürk Mausoleum. The floor and the walls are covered with marbles.

Where to Drink and Eat

There is a restaurant just outside Anıtkabir called “Aspava”. Aspava is the general name of the restaurant chain. You can eat doner and meat in these places. It will go well with cacik or salad. Eat semolina for dessert and I suggest you drink tea with it.

Entrance to Atatürk Mausoleum is free. You can buy souvenirs for your loved ones for 10-20 Turkish liras. If you want to eat aspava while you are in Ankara, you will have to pay approximately 40 Turkish liras.

It receives approximately 8 million visitors every year, both Turkish and foreign. This visit takes place mostly on public holidays.

I am sure you will love this memorial tomb full of history and culture. Hopefully, you liked my Anıtkabir Travel Guide. Please do not forget to leave your comments and thoughts! 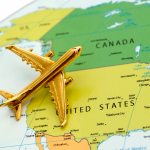 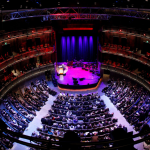