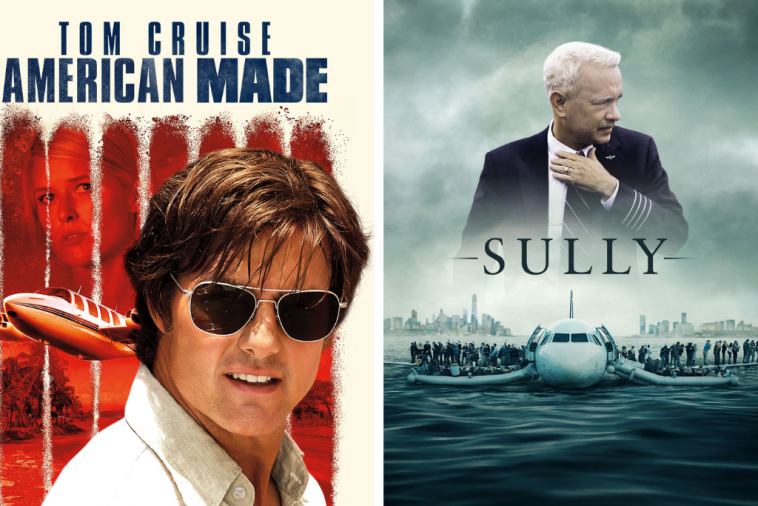 There are so many avgeeks and aviation lovers who are curious about the inside story of aviation. Even if you are not an avgeek, airplanes, airlines, and the skies are always a hot topic for people to get their attention. But, we should state that the movies on our list are focused on the movies that cover civil aviation. Movies like ‘Top Gun’ or ‘Pearl Harbor’ can be aviation movies as well as military movies; however, in this list, we preferred to go with civil aviation movies that don’t contain military and war topics.

Leonardo Di Caprio, Tom Hanks, Tom Cruise, George Clooney, and many more of those great stars had a part in movies related to aviation. Here are some of the best aviation movies about the aviation sector to understand its inside dynamics without giving you spoilers!

The Aviator, starring Leonardo Di Caprio, tells the early years of legendary director and aviator Howard Hughes’ career from the late 1920s to the mid-1940s. Top-rated actresses like Cate Blanchett as Katharine Hepburn and Kate Beckinsale as Ava Gardner costarred with Di Caprio in the movie along with Jude Law, Alec Baldwin, and William Defoe. So, the movie is simply the fame of halls! The movie has a reference to a cholera outbreak in Houston that eight-year-old Howard should know about quarantine where his OCD background comes from.

Howard takes part in several jobs being a director to a record-breaker pilot. After hitting some records in aviation, he also becomes a shareholder of Trans World Airlines. He also takes part in different projects for the air forces in World War 2, funding to develop new technologies. Being in the various parts of aviation, Howard portrays a character with extreme OCD in the psychological part of the movie. Although the movie is a bit long, it deserves to be given a chance to be watched with its many nominations and awards.

Show Your Love for Aviation Movies

Movie fans deserve their own unique mark to commemorate their love of movies. Make your own movie flair such as custom pins. If you are planning an aviation movie night or managing a movie club, these custom-made pins can be personalized with your characters, favorite quotes, club name, party theme, etc. Your friends and club members will love the unique and fun pins inspired by your favorite movies. The pins can be personalized with any word or image you like on EnamelPins. EnamelPins is a professional custom enamel pins no minimum maker.

American Made is an American action movie starring Tom Cruise as Barry Seal. The movie is inspired by the life of Barry Seal, a former Trans World Airlines (TWA) pilot who first became a drug-runner for the CIA in the 1980s before becoming a drug smuggler for the Medellín Cartel. The movie is more an adventure movie rather than an aviation movie. However, there are still many scenes about the detail of both civil aviation and flying private turboprop aircraft types.

Meanwhile, Seal should find many flying tricks to avoid being tracked by radars and officials. Also, to expand the business, he should expand his team with other talented pilots to avoid being busted. The movie focuses on the life of criminals, drug cartels, and their effort to stay hidden. The atmosphere and the story of the movie are quite reminding the style of the Narcos series. If you like adventure movies with high tempo and action, you would definitely love this movie.

United 93 is a docudrama film that chronicles the events on United Airlines Flight 93. It was one of the planes hijacked on September 11 attacks that crashed near Shanksville, Pennsylvania. The terrorists actually wanted to direct the plane for another attack but, the passengers had brave efforts to stop the attack of terrorists that they succeeded on.

Since the September 11 attacks are a cornerstone event for the aviation sector in terms of airport and flight security, the movie can give us an idea of why today there are many security precautions in airports. After the incident of September 11, the security of airports was questioned and redesigned again. The reason for many check-points and security gates in the airport terminals is actually originated from the September 11 attacks.

Sully is actually one of the most aviation-centric movies with the ‘Flight’ on our list. Most of the scenes from the movie take place in the sky and the cockpit of US Airways Flight 1549 flown by famous American pilot Chesley Sullenberger known as ‘Sully’. One of the top-rated actors in Holywood Tom Hanks gives life to Captain Sully’s character in the movie.

The plot of the movie is about the well-known plane crash that Captain Sully landed the aircraft into the Hudson River to save the life of passengers. With many scenes and details about pilotage discussions, the movie is also focusing on the technical parts of flying a plane. Especially the scenes from the flight simulators are worth watching for avgeeks and pilot candidates.

Among its aviation side, the story also shows the psychological and ethical part of the decision of Captain Sully that he made whether to land the aircraft into a river or try to reach the closest airport. Through the story, Sully comes and goes between being a public hero or a pilot risking the lives of his passengers while he and his family get too much pressure from the press.

Considered as one of the best movies of 2009, Up in The Air is a movie rather focusing the aviation from the view of a frequent flier. We can see some famous stars in the movie such as George Clooney and Anna Kendrick as in the main roles. The movie is about the lifestyle of a business executive, Ryan Bingham, who has to fly too often due to his job. While Ryan has to travel too much, a potential presence of a love story makes him question his lifestyle. Meanwhile, he also believes that he loves his lifestyle that is threatened by a new business model of his company.

The job of Ryan is firing people and consult them for their choice of compensation. While one of the focuses of the movie is business life and its ethical debates, the other focus is being a frequent flier and what it means to a person with an addiction to fly and earn air miles. Without giving a spoiler, the movie gives wonderful insights and details of a perspective of frequent fliers like how special they perceive flying and what kind of relationship they have with those loyalty programs of airlines and hotels.

Catch Me if You Can is arguably the best movie on our list. Having actors like Leonardo Di Caprio, Tom Hanks, and Amy Adams, the movie offers an amazing cast. The movie is actually based on the true story of Frank Abagnale, a very talented hustler, and forger. The scenario is taken from Abagnale’s own book from 1980. Frank, starred by Di Caprio, earns millions of dollars by faking as a Pan American World Airways pilot, a Georgia doctor, and a Louisiana prosecutor.

While the movie focuses on the crime part of Frank and chases by FBI agent Carl, the parts where Frank acts out as a PANAM pilot give some insight into a pilot’s life. The pilot’s life in the movie portrays a very cool and charismatic job where pilots get so much respect and attention from people with the beautiful cabin crews around them. The thing is that Frank can succeed in being a second pilot without any real pilotage experience. Beyond its limited aviation part, I definitely suggest you give a chance to this clever movie.

Here is another aviation-focused movie on our list with Denzel Washington as Captain William ‘Whip’ Whitaker. Captain Whip is an alcoholic and drug-addicted but supposedly a talented airline pilot. He crash-lands his plane by a miracle after a mechanical error, saving nearly everyone on board. After the crash, he gets recognized as a hero but a later investigation finds out about his alcohol and drug addiction. The film was loosely inspired by the plane crash of Alaska Airlines Flight 261.

Actually, the ethical dilemma and the investigation parts of the movie show some similarities with the ‘Sully’. Again, there are similar scenes with the procedures about the technical sides of a plane crash. And, again the press was involved with the story and making pressure on Captain Whip. Also, the film focuses on drugs and alcohol addiction and how hard it can be to leave these addictions. And, how these addictions can affect the relationships of people with their loved ones.

Again, again and again! Tom Hanks again is in the main role of an aviation movie. The Terminal is a comedy-drama film that you can laugh and cry at the same time. The topic of the movie is actually about a man who is stuck in New York’s JKF Airport terminal when he was rejected to enter the USA because his passport was not valid anymore. He also couldn’t return to his home country because of a military coup.

The script of the movie was actually inspired by the story of Mehran Karimi Nasseri that is the most famous INAD passenger. The term, INAD or inadmissible passenger, refers to the passengers who are stopped at the border of the country that they want to travel and being refused to enter the country. Mehran Karimi had to live in the departure lounge of Terminal One in Charles de Gaulle Airport in Paris from August 1988 until July 2006 for 18 years. 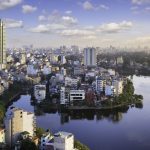 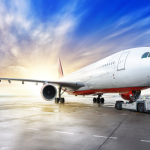