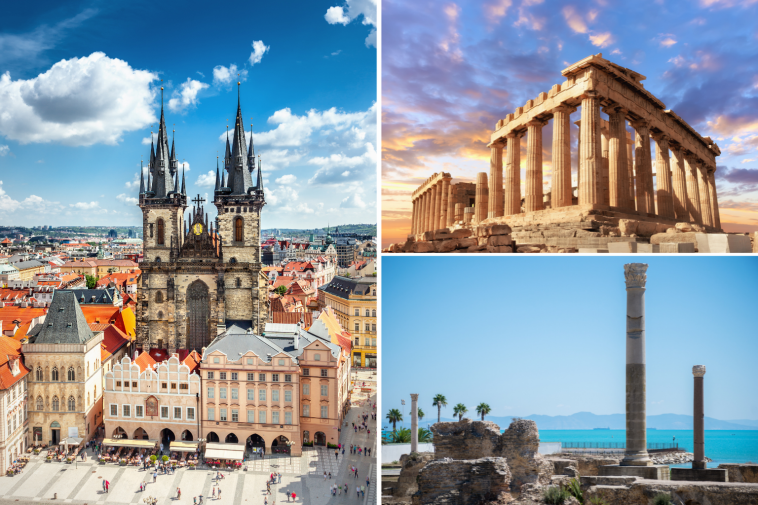 Apart from making your life fun and adventurous, traveling rekindles your thirst for learning. It sparks curiosity as you get to cherish something you’ve not seen before. In simple words, traveling is a blessing in disguise as you get to learn so much stuff while having fun. For instance, some of the best historical places to visit could be the one way of learning by having some fun at the same time!

Not all who wander are lost; some choose to explore the world and enjoy the serenity.

Let’s be honest, going through history books is one thing, but nothing beats the real-time experience. You get to visit different museums, have late-night conversations with the locals, and explore the unexplored parts of the host country.

You should know that the world is full of some amazing stuff including historical sites and rich cultures and it would be a pleasure to see them all. So, if traveling is your one true love and you just can’t wait to pack your bags for your next trip, here we have something special for you. Here’s a list of some unique historical places to visit that every travel enthusiast should visit at least once.

You’ll be surprised to know that Prague is one of the most historically preserved cities in Europe. The Bohemian city offers the perspective of life in the middle ages. And if you love and admire the ancient architecture, then visiting exotic castles and chapels in Prague might be able to quench your thirst for vintage architecture. Not to mention, you’ll also get to see one of the oldest functioning astronomical clocks.

The city serves as a home for numerous folk tales and a historically large Jewish community. Plus, you’ll also get to be a part of the Vltava embankment, which is an essential part of a picturesque river, the Vltava. The best part of this is that you’ll get to enjoy the first-hand experience with Prague’s community life in flea markets and exhibitions. In fact, one of the boats anchored in the embankment has been turned into a sauna. How cool is that?

Mesmerizing nature, along with several historic cities, is some of Croatia’s prominent tourist attractions. If you’ve been a Game of Thrones fan, then you have the chance to see the famous “King’s Landing,” which is originally known as The old town area. In fact, the city of Hvar is also known for its 16th-century cathedral, a hilltop fortress, and beautiful fishing harbor.

Croatia is famous for some of the best museums, restaurants, and galleries. Many tourists prefer visiting Croatia to explore the blissful Dalmatian islands. It won’t be wrong to refer to Croatia as a sailing paradise. You can always rent or buy sailboat to explore both north and south along the coast. That would definitely be a mind-blowing adventure.

Tourists have even admitted that sailing in Croatia’s Dalmatian islands is definitely an unforgettable adventure and experience. And all the credit goes to beautiful coasts and crystalline water.

The discussion about historical destinations is practically incomplete without mentioning the name of Athens. The city situated in the heart of Greece Is the historical capital of Europe. Athens is one of the oldest cities in the world. The perfect Mediterranean climate and the legendary greek culture have always been an attraction for tourists. People come in huge numbers to witness the vibrant rhythm of life in the city and the cutting-edge modern metro. The city has always been serving as a bustling metropolis for arts, culture, finance, entertainment, and commerce.

A large part of Athens has been converted into archeological sites for people to get mesmerized with the culture and fantastic architecture. Also, let’s not forget the charm of the open-air museum in Parthenon. And, of course, the warmth of Athenian people features the city at its best.

Carthage is yet another beautiful historical city you need to add to your travel bucket list. People believe that the town was initially founded by Queen Dido in 900 BC. Ultimately, it was the Romans who bought the Carthaginian Empire in the aftermath of the Punic Wars. Due to its central location, the city was a gem for the Romans.

The city has some remarkable views of the sea and ruins which were left behind the Roman Empire to go sightseeing. You can also go and admire the beauty of St. Louis Cathedral and the modern amphitheater. The city is a true gem for a history lover. Although the official records of the Roman ruins are limited, there is a lot to learn about the civilization.

Pro Tip: Due to heat and high tourist crowds, your best windows to visit the city would be March to May or September to October.

Berlin is widely known for its balanced lifestyle and rich political past. Being the capital of Nazi Germany, the city was initially divided during the cold war. The city has always been noted for its vast cultural flair. It is also home to the renowned Berlin Opera and Berlin Philharmonic Orchestra. If you love and admire art, then Berlin has a lot to offer in hundreds of galleries and museums. In fact, Museum Island in Berlin has been declared a World Heritage Site by UNESCO.

One of the most famous historic landmarks of Berlin is the Brandenburg Gate (Brandenburger Tor). It was once a symbol of unity and peace. The Neoclassical gate was originally commissioned in 1788 by King Frederick Wilhelm II. So, you’ll also get to admire the remarkable and authentic vintage architecture along with the city’s rich history.

Fun fact: The city has also been a seat for intelligent thinkers such as Carl Marx and Albert Einstein.

To sum it all up, traveling is a passion followed by people to quench their thirst for adventure and exploration. How cool would it be if you get to learn about the world’s history through the best historical places to visit mentioned above? So, pick anyone, pack your bags and set off on the adventure of a lifetime. Remember, you got just one life, cherish what the world has to offer, and explore before it’s too late. Don’t forget to mention the best historical places that you love to visit in the comments below! 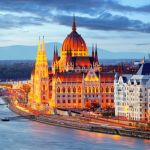 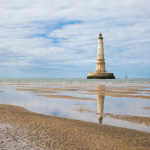