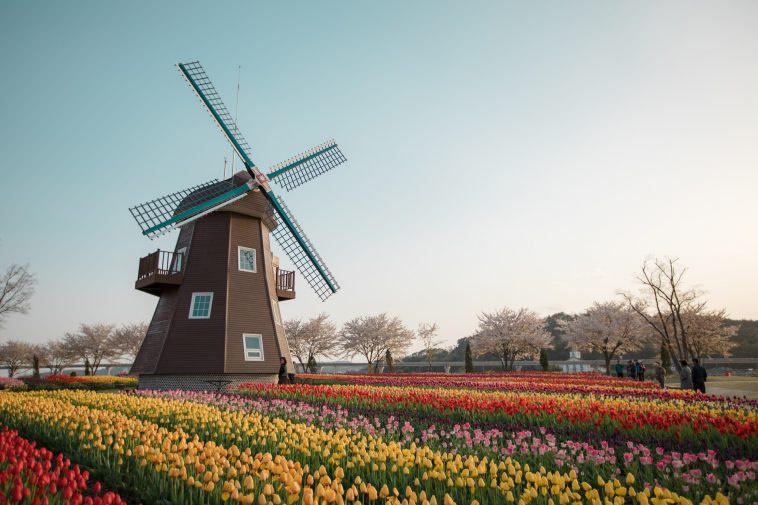 Who would not think of windmills when it comes to the Netherlands’ must-visit attractions. Every tourist who visited must have bought a souvenir with a windmill on it. As you all might know, a windmill is a machine that converts wind power into energy with its large sails and wheels. You may think: Why are they so important and popular in the Netherlands? Well, let’s check the best places to see windmills in the Netherlands and learn the history of them!

History of Windmills and What Are They Used for

Have you heard about National Mill Day (Molendag)? Yes, it’s right, there is a special day for windmills in the Netherlands. It is celebrated on the second Saturday and Sunday in May. Normally, some of the windmills are closed, but on National Mill Day majority of them open their doors to the visitors. You can take a tour inside the windmills and find out how they work!

Where to See the Windmills

Okay, now you have got some historical information about the windmills. It is time to show you the best places to see these popular windmills all around the Netherlands.

Would you like to spend a day in a village full of windmills near the river? Then, you should visit Zaanse Schans. Due to its location, near Amsterdam, it is one of the most visited windmill sites in the Netherlands. Like Kinderdijk, you don’t need to pay anything to just walk around, but if you want to see inside the windmills and museums, you should get a ticket. When you visit, go and check the most popular windmill in Zaanse Schans: De Huisman.

Apart from windmills, there are also several museums, souvenir shops, and handicraft shops. For example, you can learn how the traditional Dutch wooden shoes, clogs, were made. And if you get hungry, visit the cheese shop and try different types of delicious cheese from the Netherlands. Zaanse Schans will definitely be full of tourists in summer times since it is one of the best places to see the windmills in the Netherlands. So, try to visit the area early in the morning to avoid the crowd. Before coming back, don’t forget to get a picture inside the famous wooden shoes!

How to Go Zaanse Schans

You can take the bus (Line 391) from Amsterdam to Zaanse Schans, probably it is the most convenient way. If you are okay with walking after the station you can also take the train, it takes shorter. Of course, you may want to go by car and enjoy the route, then look for a rental car.

The windmills in Kinderdijk are one of the most famous sightseeing places in the Netherlands. Its significance and importance have been appreciated by UNESCO as the area is on World Heritage List. You can visit 19 marvelous windmills from the 18th century there. It is the best place to see how Dutch people practiced water management for centuries. The area is like an open-air museum and you actually can go inside some of the windmills and see how they function.

If you get tired of walking, you can rest on your boat tour and watch the windmills from the river. Or do you want to act like a local in the Netherlands? Rent a bike and enjoy Kinderdijk! It is free to walk around the windmills, yet I would recommend buying an entrance ticket to get into the museum and experience the boat tour. Get ready your phones to take pictures of one of the most iconic elements of the Netherlands!

How to Go Kinderdijk

Kinderdijk is pretty close to Rotterdam. Thanks to public transportation in the Netherlands, you can easily get there. You can either take a bus or use the ferry(waterbus). To visit Kinderdijk from Amsterdam, first, you should go to Rotterdam by bus or train.

The windmills of Schiedam are not popular as the ones in Zaanse Schans, yet they definitely are worth the visit. Here, the windmills are famous for producing jenever. So, we should thank Schiedam windmills for the Dutch Gin. Also, they are known as the largest windmills in the world. There are just five left, but the sails of the windmills are still turning. Don’t forget to take a walk in the lovely city after visiting them.

How to Go Schiedam

There are also some windmills in Amsterdam worth visiting. If you do not want to stay away from the center, these options would be perfect for you. For instance, you can visit De Gooyer. It is the tallest wooden windmill in the Netherlands and is very close to Amsterdam’s city center. If you want to have dinner at a fancy place, you should try De Dikkert. Yes, it is right, there is a restaurant inside the windmill!

For more Netherlands content to discover about this beatiful European country, check out our Netherlands articles by the author! 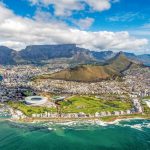 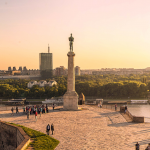