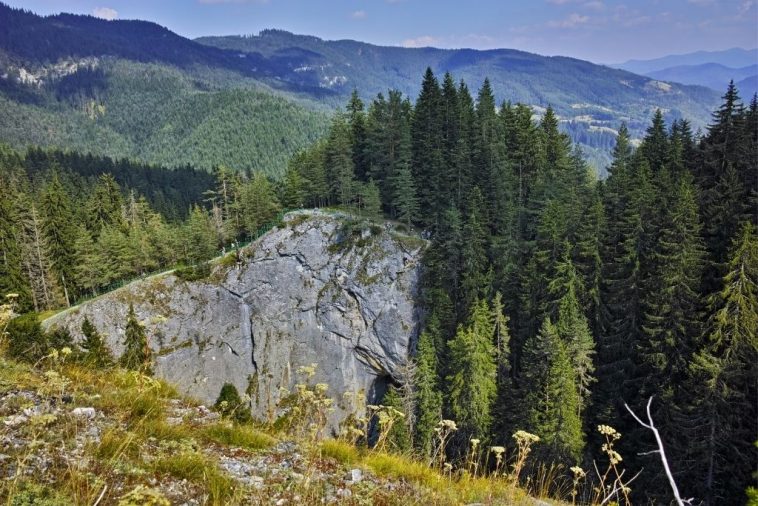 Bulgaria is a country in south‑eastern Europe situated in the north‑eastern part of the Balkan Peninsula. The country has a great variety of topographical features and diverse landscapes ranging from the Alpine snow‑capped peaks in Rila, Pirin, and the Balkan Mountains to the mild and sunny Black Sea coast. Bulgaria is a land of rock wonders and has a lot to show you. Here’s my trip’s guide to some of the best caves and rock phenomena to see in Bulgaria.

If you ever travel to Central Bulgaria, be sure to take time to visit the Devetashka cave. According to archaeologists, the cave was inhabited in prehistoric times, as early as 70,000 BC. Enormous picturesque cave with 2 galleries, 11 underground lakes, and 14 springs. With a length of nearly 2.5 km, a height of 60 m, and a total surface of about 20,400 m², Devetashka is one of the biggest caves in Bulgaria although only a small part is accessible to regular tourists. The cave is home to more than 35,000 bats of 15 different species.

‘The Wonderful Bridges’ is a natural sight in the Western Rhodope mountains. It is situated at 1450 meters above sea level. And, this is a spectacular natural phenomenon, consisting of three natural bridges above the small river, which form one of the most interesting rock phenomena in the Rhodopes. The arches (bridges) were formed by a river in the past, which enlarged the cracks in the marble rocks into a deep cave whose roof got thinner during the ages and eventually collapsed. It is supposed that the rocks of the tearing down were washed away by the high waters of the river.

The Trigrad Gorge is a 7‑kilometer defile north of the village Trigrad, beneath towering marble cliffs cut over millions of years by the Trigrad River. The road to Trigrad winds along the river that in places pours from the rocks. It is a typical Bulgarian one‑lane mountain road, with traffic in both directions. To drive this narrow, winding road requires considerable attention and tolerance since cars traveling in opposite directions can’t pass each other. The Trigrad River disappears into the earth at the entrance to Devil’s throat Cave, only to reappear some 530 meters below in a different cave. The Devil’s Throat Cave is a favorite tourist destination and one of the country’s most impressive.

Erma River winds between the mountains crossing the border between Bulgaria and Serbia, forming a beautiful canyon, a popular local hiking destination. Along the shore of the river, there are many massive rocks, entrances of karst caves, and waterfalls.

The picturesque gorge of Erma River (Tran Gorge) is one of the most attractive landmarks in this part of the country. The gorge is about 100 meters long, and about 5 meters wide in its narrowest part. A special eco path was made for curious tourists and nature lovers. It starts at the south end of the canyon. The route is 13 km long and passes through wooden bridges over Erma River, continues through a tunnel, cut into the rock, and a 35 meters long wooden bridge, after which an ascending begins at the west rock of the gorge. It is advisable to wear comfortable shoes for easier and trouble‑free passage through the hanging wooden bridges.

Cave ”The Eyes of God”

Prohodna is a karst cave in north‑central Bulgaria, known as God’s eyes, for the two eye‑like holes in its ceiling! You can watch a series of videos about the cave in my story highlights ”God’s eyes”).

This amazing part of Bulgarian nature was inhabited even in the history of mankind, which is proved by a series of traces of ancient settlements, Thracian sanctuaries, antique necropolises, etc. The only of its kind Iskar‑Panega Geological Park, with its incredible 100‑120 million-year-old geological formations, is an incredible abundance of caves and other karst formations, which are at the root of the eco routes.

On the way to a hidden treasure in the rocks ‑ “St. Marina” Rock Monastery, located near Prohodna Cave, Bulgaria. The path to the Monastery is quite steep in places. You can use a steel rope for safer movement. The Rock Monastery consists of a small church and a courtyard. It dates back to the XIV century. The river crossing the mountain, the rocks, canyons, and the views are stunning.

The Hotnitsa mountain trail is located near Hotnitsa Waterfall (“Kaya Bunar”). Only 15 km from Veliko Tarnovo, just follow the rocky ridge above the left bank of the river until you find a convenient place to descend into the canyon. The route is dotted with impressive views of water cascades, small waterfalls, pools, wooden stairs, and bridges, drilling through rock crevices, birdsong, and the scent of nature. This is followed by passage through a tunnel in the rocks carved decades ago.

A scenic location along the river, in the foothills of the Central Balkan Range’s northern slope, 20 km from the city of Veliko Turnovo. The constantly flowing river has cut through the valley’s soft limestone to create many rapids, waterfalls, pools, and recesses beneath cliffs that rise as high as 90 meters.

The Stone Rivers of Vitosha

The moraine, actually the stone rivers are huge rounded granite stones, emblematic of Vitosha mountain. However, their origin is still one of the mysteries of the mountain. Here time seems to have stopped, and the noises of the forest only intensify the silence. It is estimated that the stone rivers were formed 5 million years ago. In addition to scientists, the blocks are formed by running water that has passed for hundreds of thousands of years.

I hope you liked my article for ‘Caves and Stunning Rock Formations in Bulgaria’. Please let me know your thoughts in the comments below. 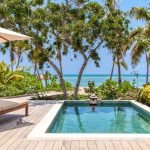 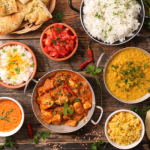