The aviation sector may have some terms that you did not hear before. So, I will write about two terms that you may get confused between them. To clear this confusion, I’m gonna explain the difference between Deportee and INAD Passenger. I will be adding some interesting real-life examples at the end!

Deportees or deported passengers are people who are being in a different country than their citizenship and sent back to their own country due to various reasons such as the expiration of the visa, crime, etc. Being deported from a country would damage the future travel options of that person because a person will face some travel bans. In most cases, deportees will be banned to enter that country for 5 years. All travel expenses of a deportee would be paid by the deporting country. People may be deported because of overstay, political reasons, or breaking the law of a foreign country.

INAD or inadmissible passenger is a term used for passengers who are stopped at the border of the country that they want to travel and being refused to enter the country. If a passenger can’t submit the valid traveling documents to the custom police at the international arrival terminal, passengers may risk becoming an INAD. Inadmissible passengers should go back to their country by airline that they came. If the returning aircraft has an empty seat, the police should contact the airline to send back the passenger. If not, passengers may have to wait for the next flights in waiting areas of the terminal. It may take a couple of days for the next flight depending on the situation.

We can say that one of the most famous INAD passenger is Mehran Karimi Nasseri. He had to live in the departure lounge of Terminal One in Charles de Gaulle Airport in Paris from 26 August 1988 until July 2006. His story is more complicated than being just a simple INAD passenger. If you are more curious about his story, you may check more about it on the web! Also, his story was an inspiration for a famous Steven Spielberg movie called The Terminal. Tom Hanks was the main actor in the movie that is one of the most famous aviation topical films. He also starred in another aviation movie named Sully which he gave life to an American pilot ‘Chesley Sullenberger’. The movie is about a well-known plane crash that Sully landed the aircraft into the Hudson River to save the life of passengers.

For further Deportee and INAD Passenger definitions, you can check the official IATA document. 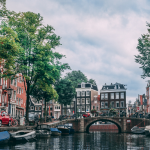 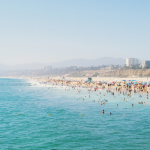