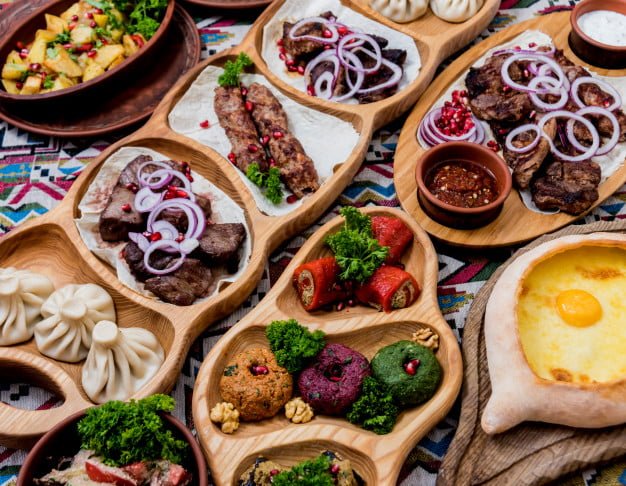 Wine is linked to nearly every aspect of Georgian cuisine, history, and culture. Naturally, this wonderful wine culture is accompanied by a wonderful food culture in these fertile lands of Georgia. So, let’s have a look at the most famous and traditional food in Georgian cuisine!

It is the most famous traditional Georgian food of cheese-filled bread. The dish is so popular that each region has its own variety but the main ingredients are the same everywhere.

Vegetable purees such as beets, carrots, and spinach are served with lemon sauce and garlic. In Georgian cuisine, where animal products are very common in recipes, this dish is a great option for vegetarians.

It is a dumpling-style pastry dish. There are options with cheese, mincemeat, and vegetables! Watch out for the coriander! ?

It is a creamy chicken meal. Chicken, milk, and garlic sauce are traditionally combined together and baked in a traditional Georgian red clay baking dish. This delicious dish’s origin comes from the teeny tiny village of Shkmeri.

If your way comes across Georgia one day, don’t forget to check our Tbilisi food guide to find the best restaurants in Tbilisi to taste the most traditional food in Georgian cuisine!

Due to these unprecedented times, if you can’t have a chance to get a ticket to Georgia, my suggestion is to invite your friends and organize a Georgian feast at your house. Traveling is unfortunately not possible as much as it was for a while, but you can take pre-warming tours by bringing your destination to your home for now. 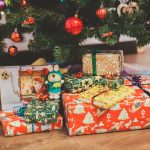 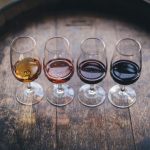