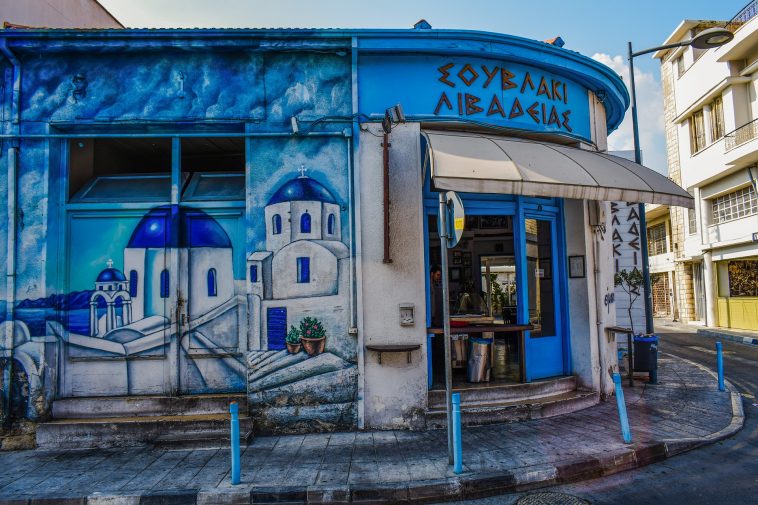 Greek street food first made itself known in the 6th Century BC in Market Squares or ‘Agoras’ during the development of the Greek cities. Most vendors were farmers selling various products from nuts and fruit to seafood, meat, and dairy. During this time, ready-made meals to eat weren’t in popular demand as the Greeks believed that eating Greek street food while out shopping or in the Agora was not appropriate.

Well, queue the 1900s when this all changed! Thanks to the Armenians, who, back then, were known as ‘the best at making Gyros.’ Around 1922, many refugees from what we now call Turkey set up shops and became vendors. Selling their delicious gyros! Greek street food really came to life at this point, and many other delicious traditional Greek food became some of the best Greek street food around!

With Greece recently announcing that it will eliminate the 7-day quarantine rule to travelers from the EU, Britain, United States, UAE, Serbia, and Israel from April 19, there is no better time to book a trip to Greece this year. Of course, all tourists will have to follow their local travel restrictions.

Here is my list of the best Greek street foods you really need to try!

The best of the best is, of course, the souvlaki. Known worldwide for its appealling and mouth-watering flavor. Historically, dating before the 17th Century BC, this dish was served with bread and meat. In today’s world, we know it as skewered barbecued meat in a pita. In fact, the first official vendor serving souvlaki sold it as ‘souvlakia on a stick’ in 1951. This flavourful goodness is filled with skewed meat, tzatziki, onions, tomatoes, and fries. All wrapped up in a warm pita, making it very easy and delicious street food.

Pronounced ‘ghee-ro’ is famous Greek street food with vendors and customers! In Greece, the meat is chicken or pork and cooked on a vertical rotating spit. Gyros are packed with thinly sliced meat. Topped with onions, tomatoes, and sometimes cucumber, and then smothered in the famous tzatziki sauce and wrapped in a warm pita. Fun fact: there is a National Gyros day every year on September 1st to celebrate them!

Spanakopita: The Most Popular of the Greek Street Food Pies

Pie is trendy and often on every Greek menu. Because of this, a lot of vendors now sell pie as a street food option. Spanakopita is one of the most popular pies among Greek street food choices. This delicious pie has a spinach and feta cheese filling encased in a buttery, flaky pastry. It will leave you wanting more once you have tried it!

Native to Milos Island, this delicate folded pastry is bursting with cheese filling and baked to perfection! You have not experienced Greek street food in Milos until you try Pitarakia. The secret to the pastry being so soft? Fresh lemon juice! Most of the time, you’ll see Pitarakia filled with local cheese, but you can also find it filled with eggs and onions, or for a sweeter version, you might want to try cinnamon, sugar, and eggs! With cheese, of course!

Koulouri is definitely the most popular Greek street food in the morning. Depending on where you go in Greece, Koulouri will either be crunchy and hard or quite soft. Bonus: they’re always covered in sesame seeds! Koulouri is baked in the shape of a circle, taking on a similar look to a bagel or doughnut. You will also be able to find koulouri on most corners where you see merchants. Running late for the airport? Grab a koulouri on the way!

Simply put, loukoumades are the best Greek doughnuts you will ever eat. They are little balls deep fried to golden brown perfection and covered in hot honey, and garnished with cinnamon, walnuts, and sesame seeds. In some vendors, you can even add extra toppings such as almonds, chocolate, Nutella, or frozen yogurt!

Greece has stunning weather all year round. But if you want to visit Greece when it is less busy, I would suggest going between April – June/beginning of July. It’ll be less crowded, and you will be able to take in all the beautiful sights and try all of the amazing Greek street food that’s on offer. Of course, however, if you want to visit for National Gyros Day, then be sure to plan an end of August/beginning of September trip!

Are you looking for more Greece inspiration? If so, check out more great posts about Greek food and must-see sights in Athens on Map Her Miles Blog. 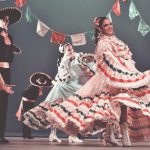 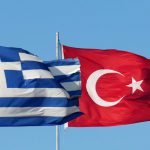