When you look up the term “puddle-jumping,” it would take you a moment of research to learn that it is, in fact, a travel term. In addition to it’s rather crude Urban Dictionary definition, the aviation term refers to a small passenger plane that is flown for smaller, connecting trips. In the travel industry, puddle-jumper flight is a technique that could possibly save you money while giving you a chance to experience a little extra outside of your vacation destination. To make sure the trip goes without complications you would do well to hire a Melbourne immigration lawyer.

If you aren’t familiar with the concept and may want to try it out, perhaps this rundown will help you make a decision.

How Does One ‘Puddle-Jumper Flight’ Anyways?

The idea behind the puddle-jumper flight is to fly from airport to airport on the cheapest fares you can find.

For example: LAX has flights to Berlin for $676 while a ticket to fly from Sky Harbor Airport in Phoenix on the same dates cost $1,147 (at the time of research). A round trip ticket from Phoenix to LAX is $117, plus the $676 to fly from LAX to Berlin, adds up to $793 per ticket rather than $1,147. Of course, you can go even more complex and jump from Sky Harbor to LAX, then LAX to somewhere like Vancouver, and Vancouver to Berlin. However, I find it easiest to limit the number of airports you hop around to your home airport, a bridge airport, and your destination airport. This keeps you more organized.

If you take anything away from skipping through airports, take this! You must time everything perfectly. When you normally book a flight that has connecting flights, a delay early on in your travels will not impact other flights as they will all be on the same page. When you make your own connecting flights, however, a delay in your first flight may cause you to miss your connecting flight if you didn’t allow yourself enough cushion space in between flights.

This is why I like to allow myself close to a whole day’s worth of a layover in between flights. While layovers for some can be the opposite of exciting, if you allow yourself enough time, you can spend your layover exploring the city you’re staying in for the next few hours. Giving yourself that extra time doesn’t only give you the opportunity to explore, it also helps you avoid your next flight if you land a little later than originally planned.

What if I Miss One of My Flights?

Ideally, you don’t miss a flight. In fact, with puddle-jumper flight, you should take more precautions to get to your flight on time as your connecting flights will not have any communication with each other like they would if you booked a single ticket with pre-determined connections. If you have a feeling you will not make it to the airport in time, be sure to call and let them know. Chances are you will have to pay to rebook for the next available flight, so be prepared to do so.

Compare rebooking a $200 ticket from France to Portugal to having to rebook a $1,500 ticket from rural Texas to Portugal. Even the possibility of having to shell out a few hundred dollars is much more doable through puddle jumping than through a single round trip ticket.

Now, if your flight is canceled outside of your doing, your airline should put you on the next flight without any charges. It can still take a while before you will be boarding for the next available flight, which is why it’s important to have a good amount of time in between flights.

It’s often suggested that you pack light regardless of where you are going and for how long, but it is especially important when taking connecting flights on separate tickets because you will have to check your luggage for each flight rather than have it flown straight to your destination.
Try to stick to the good old’ personal item and carry on bag if possible.

Is It Worth It, Then?

Between having to meticulously plan each flight and having to deal with the potential stress of missing one, it may not be worth it to you. However, puddle jumping can mean the difference of several hundred dollars, which for most can be the difference between actually being able to go or having to pass because it’s too pricey.

Another benefit to creating your own connecting flights is having a chance to explore a little more of the world than you would by booking a single ticket. You are in control of your layovers and can give yourself a few hours to just hang out in the airport, or a couple of days to explore the city!

In the end, the action and adventure of breaking up one big journey into multiple little ones do come at a price, but for some of you out there, the spontaneity and thrill of always being on the run may make puddle-jumping the option that gives you a chance to get out there and see everything this incredible world has to offer.

To check out my other post for Travelinsightpedia, you can read it at ‘Mastering the Art of Campfire Cooking‘

My name is Alyssa. If you’d like to call me Lys, feel free. Hopefully, you liked my guest post for Travelinsightpedia. For more, you can also visit my website at airborneblonde. 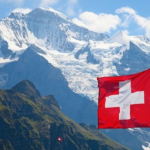 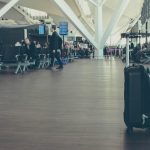