In this weeks’ travel news, we observed the main focus of responsible tourism topics and the world’s remobilization steps. Now, we are quite close to start traveling again. All this news has also triggered the airlines and air traffic throughout the week. Also, all those news gave us an insight that the post-COVID era of the travel world may be redesigned differently than it used to be.

Responsible tourism is taking much space of many entities’ agenda and propaganda. Especially, UNWTO is taking a lot of attention to the topic via its social media channels. With their campaigns called ‘Restart Tourism’ are being one of their main focus lately. As we have mentioned in our last week news, it seems that we will be exposing ‘responsible tourism’ campaigns even much more in the post-COVID era of the travel world. Considering that many destinations were highly suffering from overtourism in the last years, the COVID-19 pandemic somehow let those destinations to breathe. The best would be to plan the world tourism sector accordingly after the pandemic. And you can observe the effects of responsible tourism mentality in our other news in this post.

On 8th June, we had World Ocean’s Day. Among all climate change debates, water and oceans are becoming one of the main focuses of responsible touris. Protecting our oceans and the water will be the most crucial part to fight against global climate change. Considering the travel bans with a lack of cruise activities, oceans got some time for a revive during the pandemic. Surely, we don’t want a world with travel bans. However, controlled tourism will be one of the key aspects of future tourism strategies.

Are We Coming To The End of An Era of Cheap Airfares?

Actually, all those concerns about the climate change and protecting the environment comes with one natural result. Decreasing the mobility somehow which could be probably achieved by raising the prices of travel means. The first bullet of this action was fired by the Austrian government this week. Austria declared that to make aviation more sustainable, they will be imposing higher taxes for the low-cost carriers. Considering the economic impact of months of no flights for airlines, the post-COVID period doesn’t seem so bright for airlines. Under these circumstances that they may continue to struggle with attracting more demand in case of higher airfares. Yet, this is only Austria for now. And if other countries don’t expose such taxes to their carriers, it may not last long for Austria to compete with other nations low-cost carriers. And eventually, they may consider removing the taxes. However, if the topic comes to the agenda of some common policy among all countries, then the era of cheap airfares can really come to an end.

Cargo and Rescue Flights Were Saviour For Airlines

During the pandemic, airlines faced big trouble of months without any single scheduled flight operations. However, there were two options for them to create some revenue stream during the period. For that reason, they started rescue flights to bring the citizens of their home country back to the country. Surely, the airfares of those rescue flights were a bit higher than usual ones naturally because many planes went to the destinations empty from the starting point and came back with the passengers. And, the second strategy was to use passenger aircraft as cargo planes. Some aircraft models are convenient to use them as cargo planes. And also, some cargo goods can be stored properly between the seats. Turkish Airlines and Qatar Airways seemed to perfectly execute those strategies. You can click the links for further information about their operations during the lockdown at Turkish Airlines and Qatar Airways.

By this week, many airlines started especially their domestic flights. While, there are still just a few routes opened in the international traffic, domestic travel was started. Last week, Turkish Airlines was the number one in European skies in terms of domestic traffics. By this week, we see that Norwegian Airlines made a surprising attack and take the first position while Turkish Airlines got one rank down. Considering that many European countries are opening their borders by the 15th of June, we may expect more international traffic by the beginning of the newt week.

One of the other problems in the travel industry during the pandemic was travel websites traffic was drastically decreasing. Since nobody could actually plan trips or lost some motivation for the short term, people focused on reading more cinema or gastronomy websites rather than travel. We could even observe many travel websites go into strategies to focus on foodie topics more than travel guides. We actually had a twitter post taking attention to the topic back in time.

Well, it must be because of the low traffic reasons, we have seen big news about a surprising partnership between Culture Trip and Lonely Planet. They called their partnership ‘Travel Reborn‘ aiming to provide advertisers to reach their combined audiences. I think that such a partnership between fierce competitors could be a very smart strategy in such harsh times. We will see if other companies will be inspired by this one to make similar steps.

There was a shocking trend topic on Twitter at the beginning of the week that Bon Appetit, Conde Nast‘s sub-brand, was involved in a scandalous racism acquisitions. It was alleged that Bon Appetit was not paying for the content of black people on their websites. Meanwhile, they were promoting white people and their cultures. Adam Rapoport, editor in chief of Bon Appetit, was called to resign from the company after all these scandals. Many users told that they will be boycotting the Bon Appetit if Adam Rapoport doesn’t resign from his position. Even an editor from Bon Appetit made some confessions about the topic. We will see if they will be able to manage and survive from the case. But many times we have seen that unfortunately or fortunately those topics are getting forgotten over time.

Out of all, as Travelinsightpedia, a travel community, we value variety, unity, and understanding more than any other notion. We believe that traveling is much more beautiful with different cultures and ethnicities. And we believe that traveling is one of the most beautiful ways to unite people and bring peace to the world with more empathy. That’s why any sort of racism or discrimination against any ethnic, race or sexuality is not tolerable for our community. 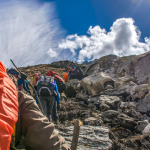 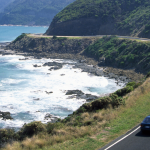