I had a chance to visit around 15 countries in Europe especially including big ones. However, when it comes to nightlife, Budapest took the best place on my list with its ruin bars! Although I’m not a party animal, I have always tried to visit nightclubs in every country that I visited so far because nightclubs may be one of the best places giving you so many hints about the culture of youngsters. In this way, you can understand many things about the culture such as openness of people, friendliness, multiculturality, how they approach foreigners, dressing codes, music styles, relations between genders, and first contacts of strangers, etc.

When it comes to Budapest, it is a city of students. You can see many exchange and Erasmus students in every part of the city. That makes the city very easy-going, open to other cultures, and a cool atmosphere. So you can easily contact any people without any barrier. As a result, the culture of the city and the ruin bars complete the perfectness of the nightlife of Budapest.

Before going into all details, let me tell you one thing. If you come by Budapest one day, don’t go back to your country without visiting any of the ruin bars. And believe me, you have to trust me about it!

The history of ruin bars starts in 2004 with Szimpla Kert which is the most famous one among all. Although, the exact history of ruin bars may vary to different sources, the roots of ruin bars go back into WWII. The city’s Jewish Quarter in the seventh district was emptied because the Jewish population was deported by Nazis to different places. And it ended up with an empty district that is consisted of abandoned apartment buildings and warehouses.

At that point, a group of young people wanted to use those places to turn them into cheap and cozy party places in the 2000s. Not to waste the money with expensive decoration, the owners brought any old furniture that they found to fill the place. And eventually, the bar got its cinematic appearance by time decorated with bathtubs, giant owls, and cars. After that, other similar types of bars took their spots around the neighborhood. In the end, the old and empty Seventh district became one of the centers of the city.

Even though all ruin bars have their own unique ambiance and style, they all offer you something to eat before and during the night with reasonably priced drinks offering you to dance the whole night. When you make a quick internet search, mostly you will come across Szimpla Kert, Instant, Doboz, and Anker’t. Frankly, most of them are really good ones. I have had a chance to see most of them and my favorites were Szimpla Kert and Instant!

If you are looking for a more chatty and cozy atmosphere, Szimpla Kert seems ideal! You can just approach some strangers with your drink and start to talk with them. Also, it’s the far best place for great pictures! You will be feeling like in a movie scene. However, if you are more into going drunk and dance till the morning, you should hit the Instant for sure. It’s a very big one with different halls for different types of music. You will surely find any kind of music you would like to dance with! Watching their Youtube videos that I attached to them will give you a clear insight into their styles.

Even you may not like drinking, partying or dancing, you must see those places like visiting a museum. And don’t miss out on the chance to get some coolest pictures to post on your social media!

PS: A shocking surprise! It was the first time in my life that the toilet was paid in a nightclub. ? If I’m not mistaken, you should pay around 50 cents to visit the toilet in Instant! If they hear my voice, it just discourages people to drink more beer! ? Remove the toilet fees if you want to increase your alcohol sales! I think, it again proves that perfection doesn’t exist that everything has some pros along with their cons! ? 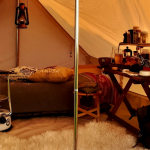 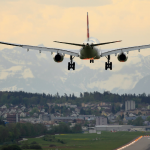