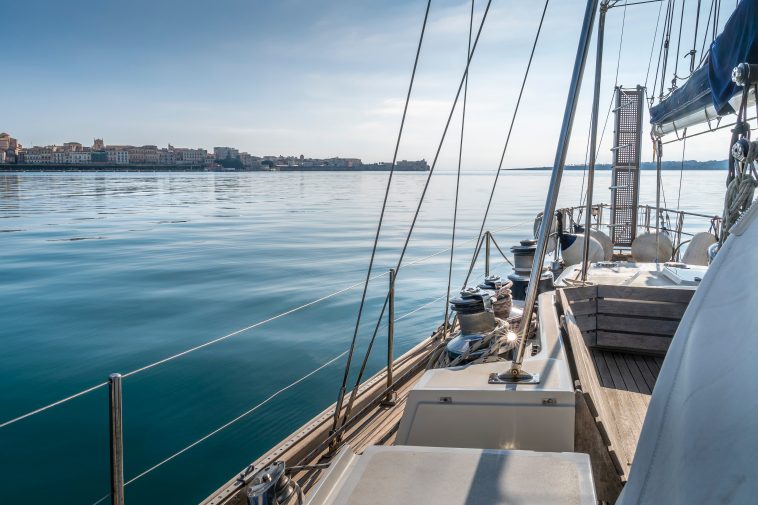 With zero sailing experience, we quit our well-paid office jobs in the middle of the COVID-19 pandemic to start sailing the world. The idea of sailing around the world came to us unexpectedly and took on us on a path that was entirely different than what we had been working towards for the past decade.

We quit the rat race, and used our house deposit to sail around the world!

Like a lot of the world, we woke up each morning, commuted to work, and spent at least 8 hours a day working on a computer. Our jobs weren’t bad, we had good salaries, and we were trying to start a family. Life was maybe a little boring, but we were on our way to buy our first home. We had a lot for which to be thankful.

And yet, we had this nagging feeling that there was more to life that we should be experiencing.

Beginning of the story

Fate took over one day, and Conor got in a motorcycle accident on his way to work. And, he broke his foot, leading him to stuck on the couch for several months. With many of his regular life pleasures removed (running, beer at the local pub, etc), Conor turned to YouTube videos and started exploring alternative lifestyles.

At first, I didn’t take him seriously. Go sailing? Who was he kidding? We were mountain people. We were buying a house and trying to have kids! Why the sudden pivot in goals? Was he having cold feet about the children idea?

For a month, Conor persistently showed me all sorts of sailing videos to try to convince me to consider the idea. I didn’t take him seriously until one day Conor called me up when I was traveling in India for work. And, with lots of emotion in his voice, he pleaded with me to take the idea seriously. It was the first time I realized he actually wanted to do this… It wasn’t just some passing interest. He genuinely wanted us to go sailing!

The thing about Conor and I is that if one of us had a crazy idea, there was a pretty big chance we’d do it. From living in Ukraine and jumping in ice-cold water, skinny dipping in the river leading to a castle in Austria, hitchhiking to a remote cape in Uruguay, and spearfishing at night in Fiji, Conor and I had done our fair share of adventurous activities. So even though it was a crazy, out-there, WTF, absurd idea, once he had shown me he was dead serious about it, I was almost immediately willing to jump all in. I trusted him.

Within a month of doing extensive research, we realized we were absolutely going to do this. I went on birth control, we tightened our spending even more. And, we used every waking moment (and many sleeping moments) to pursue the dream. It took us just 19 short months from that call in India to buying our first 40 foot yacht and quitting our corporate jobs to start sailing full time.

Since we were saving to buy a house for many years, we were lucky enough to have a chunk of savings that we could put towards the new dream. However, reallocating this money from one dream to another would be one of many very hard choices we had to make as we pursued sailing. Yes, it was a “hello” to a fabulous new amazing dream! But, also a “goodbye” to a dream to which many around us were quite emotionally attached. Additionally, in our jobs where Conor worked as a Senior Trader and I as a Program Manager, we had very few skills that could translate to full-time sailing. But once we decided that we would go, we set a goal to start full-time sailing as soon as we had the savings and basic skills.

We jumped in headfirst by joining the Friday night ‘rum races’ at the Royal New Zealand Yacht Squadron. We also found a local yachtie who let newbies practice on his boat. Then we rented a boat for a week to test if we would like to do it full time. Unfortunately for our concerned parents, all of these activities convinced us, even more, to pursue sailing around the world full time.

We had two sailboat purchases fall through before finding our 1990 40-foot Whiting sailboat, Satori, a year after beginning our search. And almost immediately after making the purchase, we almost lost her. We were so excited that we had actually bought a boat. And, we just wanted to go for our first sail. We started the engine, dropped the mooring, and the engine immediately died. Suddenly, we were drifting towards the rocks.

Then it was one lesson after another for us. The anchor that could stop us from drifting was tied up with several knots we couldn’t undo. And, a knife to cut the knots loose had not been located prior to dropping the mooring ball as it should have been. Thankfully, we finally got the engine restarted, picked up the mooring again. And, then enjoyed the best two beers of our lives. It was the most terrifying experience we had in a decade. And, surprisingly, one of the experiences that convinced us to keep going. We were finally experiencing emotions we hadn’t experienced in YEARS!

Neither of us has ever needed much to survive. Having lived frugally off of less than $200USD per month while serving as U.S. Peace Corps volunteers in Eastern Ukraine, we were both used to living the frugal lifestyle and even embrace the positive environmental impact this has. But we also thought to ourselves, it would be nice to not be broke and restarting our lives at the end of this. So, how can we potentially make money?

Since I worked in International Development, I had been learning to make videos about some of the work I was doing in Vietnam, India, and Kenya. As we continued to work and save in the middle of New Zealand’s strict covid lockdown, I focused on building up the skills I would need to start a YouTube channel. And, it didn’t hurt that I’m such a geek and I love to embellish a good story for my friends.

So we started a YouTube channel, Sailing Pivo. We dedicated it to our pup, “Pivo”, which is the Russian word for “beer”. We wanted a name that would represent everything we love! Our dog, beer, and the fact that we met while living in Eastern Ukraine where our town spoke Russian.

Quickly, I learned that I loved the editing, story building, and analytics behind it all. It gets me buzzed to make a video that our audience thinks is entertaining and bonus points if they think it’s funny. If we can monetise the channel one day, then that’s great. If we can’t, then it is awesome that we have learned an entirely new and fun skill!

Borders closed around the world

For now, our plan is to just sail around New Zealand, learn our boat, and gain experience. Other sailors have told us that if we can sail down to the South Island of New Zealand and back up, then we’ll have more experience than most sailors who go offshore. So that’s what we’re going to do.

Once we have the skills, we are going to make a crossing up to Fiji or over to Australia. Since New Zealand has no community cases of coronavirus, we are able to travel to nearby countries without a problem. Sailing around Australia would take several months! And, we are hoping more borders will be open by the time. Honestly though, the plan is to have no plan. That’s the reason we chose this lifestyle – because we were tired of living on a schedule. 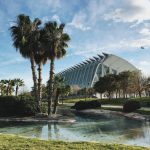 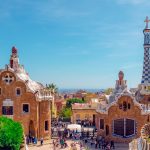