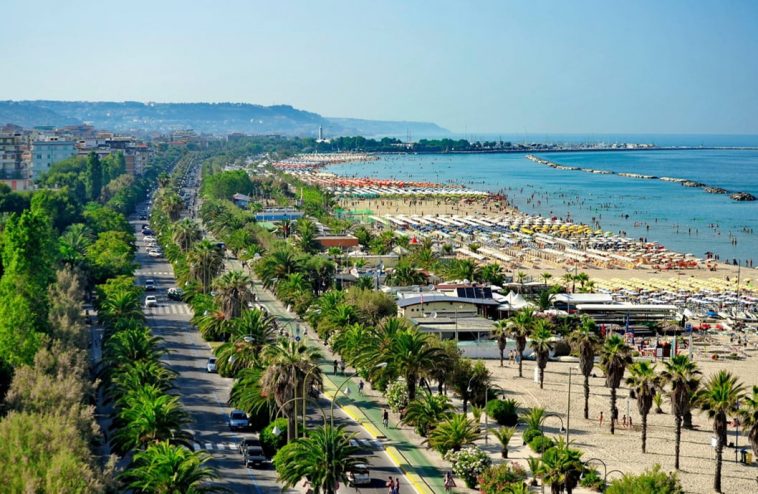 I would like to focus on the destination which I have been visiting for several years and where I really like it. The destination that I really like and like to return to is called San Benedetto del Tronto. San Benedetto del Tronto is the largest resort on the Palm Riviera, home to the tallest and oldest palm tree in Europe. The city is located in the province of Ascoli Piceno in the Marche region.

My name is Pavlína Kuchaříková, I am 21 years old and I study Italian language and literature at the University of Brno. I drive to Italy from the age of two every year for a family holiday, where we visit mostly summer destinations by the sea, but we have also visited large cities such as Rome, Milan or Verona and of course several other cities and destinations.

The ideal time to visit this city is from June to the end of August, as it is a summer destination by the sea. It would be good to have warm weather for swimming, which is ideal in these months. Furthermore, the length of stay depends on each individual because a lot of people come here for relaxation and they only need a visit for a week. But there are some people who travel for a longer period, as well. For example, for two weeks. But in that week you can do a lot after the sufficient use of the sea and walks around the city and its surroundings.

3. How To Get To San Benedetto Del Tronto?

I never flew here by plane. I always drove, but you can also get here by plane. But it would be more complicated because the airport here is nowhere near. The nearest airport is in Bologna or Rome. From those cities, you can comfortably travel to San Benedetto Del Tronto via Trenitalia or Italo. The train network between Italian cities are well-connected, comfortable, and convenient.

4. Where To Accommodate in San Benedetto Del Tronto?

We always go on holiday through a travel agency from the Czech Republic, living in an apartment, for example in the accommodation facility La Magnolia, where we liked it very much, we also had a Czech-speaking delegate and the sea was about 200 m away, where we had own deck chairs with umbrella. But there is certainly the possibility of accommodation in hotels with breakfast, dinner and so on.

In the city, you can move best on foot. Everything is close and by the coast, so it’s a nice walk overlooking the sea. It is also possible to move here by bike. Bikes are rented here on every corner or rent directly by the accommodation facility.

Overall, there is no monument to pay for. Everything is accessible and free of charge. So the money here is needed specially for some souvenirs, clothes and for the markets that are here every night in the city center. Also, every Tuesday and Thursday, there are the mornings, where you will find really everything you can think of. As for the money to be exchanged, I do not have direct experience with ever-changing money on the spot, but there are exchange offices in the city or there are also a lot of ATMs where you can withdraw from the card straight to the euro, probably according to the methods of your bank.

7. Things To Do in San Benedetto Del Tronto

As San Benedetto Del Tronto is the most popular resort in this province, it is necessary to visit the beaches. And, especially the beautiful palm promenade, one of the most beautiful in Italy. More precisely, there are up to 8000 of these palms.

It is also worth visiting the local port, where you can see not only luxury boats, but also there is a freely accessible pier about a kilometer long pier where you can find various works of Viva Sculpture – Art Museum of the Sea, also on the pier Monument to Jonathan Seagull.

There is also the possibility to visit the Maritime Museum, which is open on Fridays, Saturdays, and Sundays in the afternoon and you will pay to enter EUR 7 per person. In the museum, you will find, for example, old ships, paintings of various things that were found in the sea, and much more.

A monument that is exceptional in this city is the tower at Gualtieri, which was built between the twelfth and thirteenth centuries, is the ancient command post of the castle of San Benedetto. The building reaches a height of 20 meters. The interior of the tower is divided into four floors, each of which is covered by a barrel vault. On the first floor, there is an entrance, on the second floor there is a column under the clock, on the third floor there is a clock mechanism made in 1906. Unfortunately, it is not possible to look inside the tower, but it is also worth a visit from the outside.

As for the nightlife in San Benedetto, there are a few clubs that can be visited, for example, Bar Rivazzurra, Bar Wish You Were Beer. Regarding the prices they have, it’s affordable for everyone.

The shops that are here to visit are many and especially with various goods. The largest grocery store here is Oasi. There are also many shops with both cosmetics and clothing. The greatest accessibility of shops is in the city center, where there is also a promenade where markets are held several times a week, with clothes, food and much more. As for the souvenir, it is possible to buy them on almost every corner, in newsagents or newsstands.

The best walk you can go is to the pier a few kilometers long, from where there is a beautiful view of the sea and the mainland. Then there is a nice walk through the city center, where there are various monuments (statues), lots of shops and restaurants.

Another option is to walk along the promenade along the sea, here you will find many interesting restaurants, cafes, and bars. Each beach also has its attractions, so it is possible that somewhere you will come across a lake, a statue, or an interesting sitting area and sunbeds, for example, poured from concrete.

There are always several special events in the season that can be visited. These are usually some smaller concerts of local bands, singers or dance performances. Most of these events take place in the city center.

8. What To Eat/Drink in San Benedetto Del Tronto?

Antico Caffe Soriano, Caffé Torrefazione Chicco d´Oro, Gran Caffé Sciarra, White Bakery. You can also have breakfast in these cafés without any promises.

In Italy, in general, everyone has to taste pizza and spaghetti. For sure, every restaurant does them differently, but they will be great everywhere. From the drinks, the Aperol Spritz, and of course the wine is definitely worth tasting.

Also, you can check more travel guides from here!

My name is Pavlína Kuchaříková, I am 21 years old and I study Italian language and literature at the University of Brno. 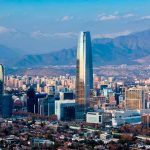 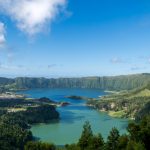