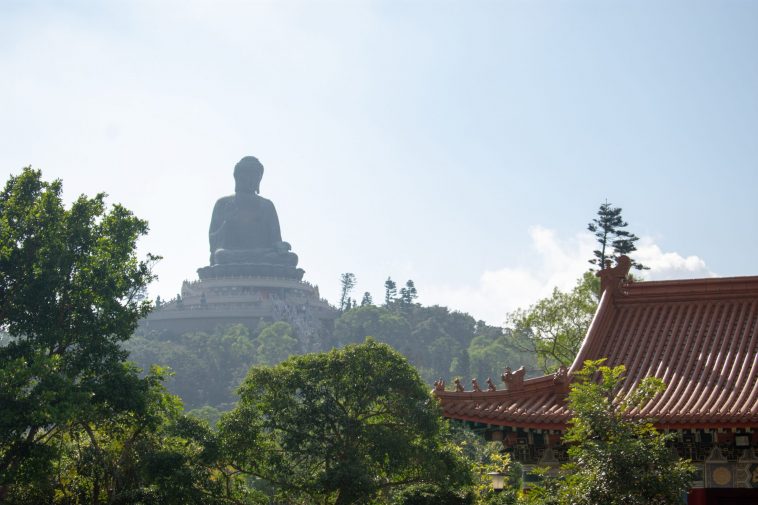 Traveling to a new destination has long been a form of spiritual practice. Travelling renews our sense of wonder and helps us find a deeper connection with the earth. Every year, people from all around the globe visit the most spiritual places in the world to find their inner selves.

Some iconic spiritual places have been constructed based on religions. Whereas, others are known as centers of energy and vibration. From Machu Picchu to Angkor Wat, these ten most spiritual places in the world are a must-visit on your journey to enlightenment.

UNESCO World Heritage-listed Angkor Wat is one of Cambodia’s most popular tourist attractions. The fascinating temple complex is the best-preserved architectural site constructed during the Khmer Empire.

Angkor Wat is one of the largest spiritual complex in the world. It covers over 400 kilometers and features more than 1,000 temples. The placements of its stones are related to the movements of celestial bodies.

Once a complete circle of standing stones and part of a much larger sacred structure, Stonehenge in Wiltshire is a mysterious monument. It was erected at the end of the Stone Age. Every year in June, visitors from around the world travel to the spiritual site for the Stonehenge Summer Solstice Festival.

Each stone in Stonehenge weighs an average of 25 tons. Archeologists confirmed that the stones were brought from a location 200 kilometers away. This left many theorists baffled over how they were transported in prehistoric times. Today, Stonehenge is a place that has tremendous healing properties.

It is the largest Buddhist monument in the world. It is located on the island of Java and it is one of the world’s seven wonders. The temple sits majestically on a hilltop overlooking beautiful fields. The construction took over two million stones to form a three-dimensional mandala (diagram of the Universe). The temple features beautiful reliefs carved in stone. Also, over 504 statues of the Buddha gaze serenely into the distance. Each of its 10 levels represents a different stage of the inner journey.

Located on a narrow mountain ridge where the Andes meet the Amazon in Peru, Machu Picchu is one of the Seven Wonders of the World. Also, it was the home of the ancient Inca civilization. Known as the “Lost City”, the ruins remained undiscovered for around 400 years. The stones used in the citadel’s construction were so precisely shaped to fit together that they required no mortar. Machu Picchu contains multiple shrines, temples, and carvings which are inspired by astronomical events.

Visiting this fascinating place is a transformational experience for many travelers. Machu Pichu is one vortex that is high on the list of most spiritual places in the world.

Japan has always been famous for its abundance of spiritual places. Considered as the heart of Japanese culture, Kyoto is one of those places. Herian-Kyo, the former name of the city, means “Capital of Peace and Tranquillity”. Home to 400 Shinto shrines, 1,660 Buddhist temples, and thousands of Zen gardens, Kyoto is definitely the country’s most important spiritual place.

Once home to the Sinagua Indians, Sedona in Arizona is a spot where several healing energy flows converge. Although all of Sedona is a vortex, certain locations in the city have larger energy densities. Airport Mesa, Cathedral Rock, Bell Rock, and Boynton Canyon are the four famous places known for unique energies. People travel from around the world to experience the mysterious forces emanating from the iconic red rocks. Hundreds of healers, visionaries, artists, and spiritual guides are visiting Sedona every year.

Sri Lanka’s most famous mountain Adam’s Peak showcases a mysterious foot imprint at the top. Different religions have their own views as to what this footprint represents. To some, it’s the first footprint that Adam left on Earth after he was exiled from paradise. However, Buddhists call the mountain Sri Pada. They believe that the Buddha left the footprint when he departed from the Earth and ascended to heaven. Thanks to the variety of religious stories associated with it, Adam’s Peak draws thousands of pilgrims every year. The visitors make their way up to the summit for the ultimate spiritual experience.

Bodh Gaya is the place where Gautama Buddha, the spiritual leader of Buddhism, attained enlightenment meditating under the Bodhi Tree (now one of the world’s most worshipped trees). As a result, Bodh Gaya has been an international place of pilgrimage since 1953. Buddhists from Sri Lanka, Thailand, Burma, Tibet, Bhutan, and Japan have established monasteries and temples around the Mahabodhi compound. The site of enlightenment attracts Buddhists and tourists from all over the world.

The iconic Uluru Rock (aka Ayers Rock) is sacred to indigenous Aborigines. They believe that their ancestral beings formed Uluru. The site offers a spiritual hike at sunset as the massive monolith takes on a flaming red color.

For decades, the Aboriginal inhabitants struggled to prevent tourists from climbing the rock. The site had tremendous religious importance for the Aboriginal tribes. Their efforts paid off. And, Uluru Rock was closed to climbing in October 2019.

Believed to be one of the world’s seven chakras, Snæfellsjökull glacier lies in the west of Iceland. It is the place that inspired Jules Verne to write Journey to the Center of the Earth. The site attracts UFO enthusiasts and healers from around the globe. Certainly, there is no denying that the enchanting glacier has an otherwordly air to itself.

Where are your most favorite spiritual places in the world? Tell us in the comments!

Kirsty Louise Prowse is a freelance writer and Co-Founder of The Spiritual Glow Up. It’s a spiritual business dedicated to helping people break free from their limitations, awaken their power, and create a life of freedom. For more information check out their website below & connect with them on their social media channels.

Kirsty Louise Prowse is a freelance writer and Co-Founder of The Spiritual Glow Up. 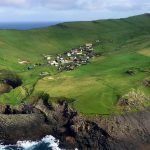 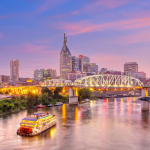