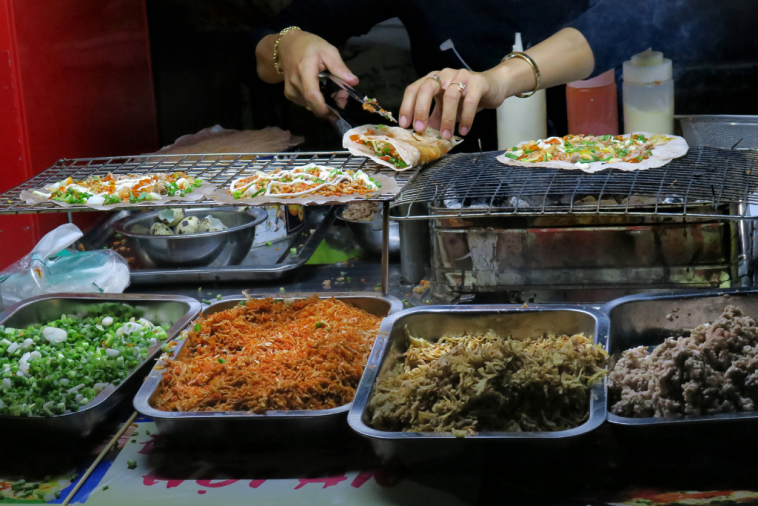 Food and travel are inseparable. If you don’t believe me, try walking through the streets of Paris without desiring every meticulously hand-crafted pastry or appreciating a Mediterranean sunset unaccompanied by your favourite tapas. Did you even visit Italy if you didn’t sit in a Milanese courtyard eating the most mouthwateringly magnificent pizza you ever laid eyes on? Well, I believe there’s a land that captures all those food heavens and manages to satisfy all your culinary desires at once. And often for as little as one dollar. Trying to condense Vietnam’s greatest street foods into a list of ten is nearly impossible but here’s mine in no particular order. So, here are the 10 best street food in Vietnam that you can’t miss to try in your trip to Vietnam!

Sitting on a plastic stool surrounded by the chaos of the city, waiting for another bowl of goodness that’s been cooking since the early hours of the morning is one of my favourite moments in Vietnam. As the late great Anthony Bourdain once said: “What can be happier than strolling the streets of Hanoi, randomly sitting on a vendor chair and slurping a steaming noodle soup on a chilly day?”

The roadside restaurant is a cacophony of noise as the ceramic bowl is placed down on the table, followed by the squeezing of the lime, the splash of chilli, the scattering of pepper and the stirring of delicious thick noodles with the spring onions. Locals will be slurping every last drop out of their bowls, and you’ll be the odd-one-out if you don’t. So slurp away, no judgement here.

If you could only try one type of street food in Vietnam, anything other than pho would be a huge mistake.

Onto the first street food, I ever tried in Vietnam and arguably the most popular amongst expats living in Hanoi, bun cha. It is surprisingly sweet for Asian street food but you’ll hear zero complaints from me. Possibly the easiest of any street foods to spot as you’ll see the owner of the restaurant grilling delicious pork on the side of the streets, sometimes using a burner that could rival any barbecue restaurant in the west.

The sauce is a perfect balance of flavour and accompanies your vermicelli noodles, coriander, Thai basil and barbecued meat to mix together to make a dish that can be eaten even on those remarkably hot days of over 38 degrees celsius. In my humble opinion, this dish should only be devoured in the north as it is remarkably better in the capital compared to elsewhere in the country. Those families who have been passing down the recipes for generations simply know best.

Here’s a dish that could be enjoyed anywhere and literally anytime throughout the country. If you have had a few too many refreshing beers and need something to help with the hangover the next day, banh mi is the answer. Banh mi will solve your problems if you need breakfast in the middle of nowhere before you set off on the road again to your next destination. If you only have ten minutes before your bus departs to continue your trip, a banh mi will do.

One of the most strikingly obvious influences from France in the country. This sandwich can be made in many different ways but nearly every vendor will ask you if you would like egg, coriander and chilli sauce inside, along with any other filling that your heart or drunken self desires.

Pancakes are done a little differently in Vietnam. Blend together rice flour, turmeric and coconut cream along with other ingredients and you’ll create a batter that will sizzle in the pan until it’s a delightful golden yellow colour. This savoury crepe will then be traditionally filled with things such as prawns, pork, green onion, mung bean or bean sprouts.

This street food differs a little as you travel along the coast of the country but I believe the tastiest can be found in Vietnam’s largest central city, Da Nang. Here, you cannot eat these fried goodies without also indulging in nem lui, a dish consisting of pork grilled on a lemongrass skewer and acts as the perfect companion to your banh xeo. I urge you and your friends to find a bustling alley lit up by the banh xeo signs and spend a couple of hours crafting your own pancakes and eating skewers whilst sipping on cold local beer. It’s a very different dining experience compared to the noodle and rice-based dishes that dominate Vietnam.

The second soup dish on the list but this one is strikingly different to the iconic Pho. An almighty balance of flavour including spice, salt and lemongrass giving the vermicelli noodles and beef the broth they deserve. The dish is commonly referred to as bun bo hue throughout the country but in the former capital and the city, it originates it is simply known as bun bo.

The bowl is usually filled with ingredients that will keep your tastebuds guessing, with chunks of oxtail and cubes of congealed pig blood thrown in to give it even more of a unique flavour. The thick, cylindrical noodles absorb this richness and you have a dish that is distinctly different from others. Arguably best enjoyed in central Vietnam, preferably in the city where its name derives. I would suggest heading to Dong Ba market alongside the Perfume River, where you can sit amongst the crowds of thousands of people visiting there every day, opposite one of the vendors whose families have been serving Bun Bo Hue for longer than you could possibly imagine.

Vietnam’s 3260km of coastline and detailed river system allows one dish, in particular, to flourish in many parts of the country. Whether it’s in the bustling city of Saigon or the major port city of Hai Phong, the opportunity to eat fresh snails is one you really shouldn’t miss whilst visit this food paradise.

One of my all-time favourite dining experiences was discovering one of the most popular spots for this flavoursome meal. Parking my bike in a narrow alley, opposite a charming woman in her forties, sat behind a sea of colourful snails only a few hours after they had been taken from the shore mere kilometres away. The majority of them are cooked in sauces exploding with flavour, including some of my personal favourites: salted egg, lemongrass and chilli and tamarind. Accompanied with a fresh white baguette to soak up the extra goodness and a pointy aluminium tool to manipulate the tender meat out of the shell.

The experience of eating snails in Vietnam is an unforgettable social outing, with many drinking cold beers to wash them down. Hundreds of people perch on plastic stools lining the alley next to the restaurant/house of the woman who knows the trick to make the perfect mixtures to leave you wanting more.

Another street food originating in North Vietnam which can be eaten as a late breakfast or a light lunch, especially on those sweltering summer days, is banh cuon. Roughly translated as a rice noodle roll, it is made from a thin sheet of fermented rice batter which then is rolled up with ingredients such as pork, wood ear mushrooms and minced shallots to be found inside. It is also often served with Vietnamese pork sausage, cucumber and bean sprouts and crucially served with the ever-present fish sauce for dipping your delightful roll in. I personally feel it is best served with grilled pork to combine all the ingredients in between your chopsticks and dip in the sauce for as long as you desire.

I have spent most of my twenties living in Asia, so it’s fair to say I have an endless love for rice and noodles but dishes like banh cuon certainly help break up the monotony of these staples. Also, an honourable mention to banh cuon’s sister dish pho cuon, a roll made with thick pho noodle with beef and fresh greens inside offers a healthier option than most restaurants in Vietnam.

Okay, back to basics and to one of the oldest and most eaten dishes in the country, xoi. Vietnam exported over $1 billion worth of rice in the first four months of 2021 alone, therefore I think it’s fair to say they know a thing or two about how to make it perfect.

Vietnamese sticky rice is stacked with toppings and is best enjoyed on a large banana leaf on the roadside as you reflect on adventuring another day in the country. The beauty of sticky rice is that it goes with just about anything. Vietnamese people enjoy it loaded with a whole range of ingredients such as mung beans, peanuts, corn, steamed chicken, fried onion and shallots. One of the cheapest, simplest but most satisfying dishes in the whole country.

We revisit the ever-reliable bun noodles (vermicelli) again, this time for the fresh, sour-flavoured soup, bun rieu. This dish can be made in multiple different ways including with fresh fish or snails. However, my personal favourite is bun rieu cua, served in delicious tomato broth with minced freshwater crab from the paddy fields. These tiny creatures are pounded into a paste that can be strained into the broth, creating a noodle-based soup different to all the others.

Similar to bun bo Hue, you have an option to personalise your own serving in many different ways by choosing other ingredients such as fried tofu, tamarind paste, bean sprouts, green vegetables and others to be added. As always, with any street food in Vietnam, you also have the option of fresh chillies and fish sauce on the side to fit your acquired taste.

Hoi An isn’t just a hotspot for beautiful Instagram snaps and travelling back in time in the tranquil ancient town, it is also home to one of my absolute favourite dishes, Cao Lầu. It consists of delicious char-siu pork on a bed of greens and rice noodles soaked in lye water, which gives them a chewy texture similar to one of my favourite dishes from Quang Nam province, mì quảng.

The light summery dish also has a famous legend associated with it, which suggest the lye should be made by leaching the ashes of a specific plant in the Cham Islands, whereas the water should be sourced from the ancient Bá Lễ well in Hội An. Therefore, there definitely is a strong argument that this bowl of noodles is best when eaten in this popular tourist destination and you will have to look hard to find it elsewhere in the country.

What’s your favourite street food in Vietnam? Let us know in the comments below! 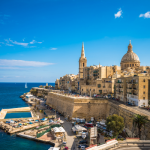 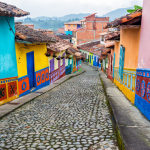