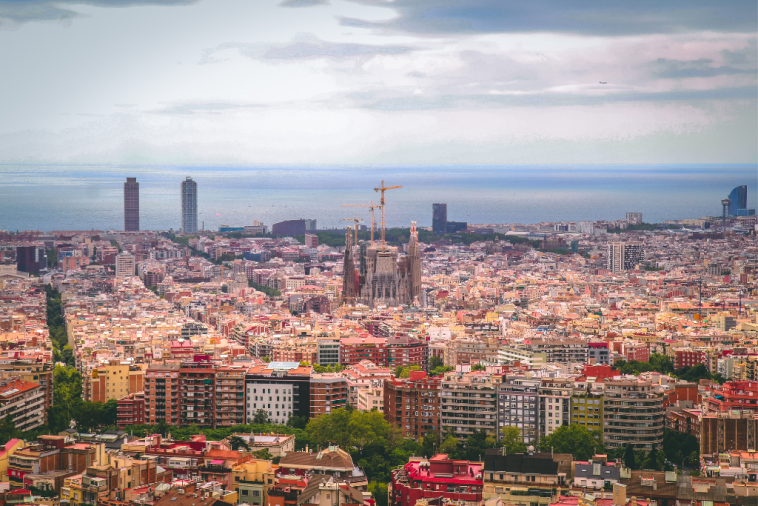 There`s is a story that one of the kings of Catalonia had a lisp so bad, he said “Ibitha” instead of “Ibiza” and “Barthelona” instead of “Barcelona.” To avoid offending him, the people of the area started pronouncing their words the same way. Although the story is probably just a myth, it’s still a good one to perhaps partially explain the striking Catalonian accent you’ll encounter when visiting Barcelona, the capital of the region.

Beautiful Barcelona is the second-largest metropolis in Spain and a world-class city, vibrant, full of history, and a must-see on any European itinerary with its symbols. You may hear people say that Barcelona doesn’t feel like the rest of Spain, and this is true—partly because the area is an autonomous region in the country, one in which the Catalonians seem to have created their own version of Iberia with their own language and culture. There’s a vibe that gives the city its own identity.

Unless you’ve visited Barcelona or studied architecture, you may never have heard of Antonio Gaudi, but Gaudi is considered by most to be the “face” of Barcelona. His inspiring architecture eclipses almost anything you might have seen. His buildings scattered throughout the city are best described as whimsical, organic, Seussical, and nonsensical, although there’s truly nothing nonsensical about any of his grand designs.

One of the highlights of Barcelona and Gaudi is the architect’s famous Park Guell. Here, a mixture of buildings that resemble what Atlantis may have looked like if it were made of gingerbread houses is bordered with colorful mosaic tiles. There are strange layered rock buildings scattered through the area with tiled lizards, bizarre fountains, and strange structures that look more like cartoons than reality. The Gaudi museum is located here, with tourists coming in droves to snap photos next to the magical structures, but Gaudi’s most famous work is located nearby in the heart of the city.

La Sagrada Familia, or the Church of the Holy Family, is the symbol that most people associate with Barcelona. This basilica is probably the most unique church in the world. From a distance, it resembles a cross between The Emerald City and Jabba the Hutt’s palace with outlandish carvings and impossible statues adorning its walls. The church was started in the late 1800s and was only 25 percent completed by the time of Gaudi’s death in 1926. Far from finished, the basilica is still being built to this day as more and more quirky bits are added to the facade. It’s scheduled to be finished around 2026, a century after its creator’s death.

All of Gaudi’s buildings were built to use natural light and the environment to its best use—needless to say, old Antonio was a “green” architect way ahead of his time. Another one of his buildings, the Casa Battlo, was declared a UNESCO site a decade ago, and to celebrate the anniversary, a 3D dragon video was projected onto the building in December 2015.

Gaudi’s teacher was named Lluis Domenech Montaner, and also has a few architectural surprises scattered around Barcelona as well. His Palau de la Musica Catalana is a century-old working concert venue that hosts famous musicians from all over the world. The architecture is so stunning that the building is listed as a UNESCO site as well. For a unique experience, you can book a ticket for a performance and while you’re listening to the music, marvel at the incredible statues, tiles, glasswork, and detail in this wondrous auditorium. There aren’t many cities in the world that rival the buildings of Barcelona. This one is definitely worth a look.

Buy maybe buildings aren’t your thing; that’s okay—some of the finest artists from the last century also lived in Catalonia and left their legacy, which you can visit today. Pablo Picasso lived in Barcelona and contributed an amazing museum of his work in the city. About an hour north of Barcelona, one can visit the Salvador Dali Theatre-Museum. This amazing building was built by Dali himself and has the largest collection of his works in any single place. Dali was a rock star artist through most of the 20th century and his collection here is one of the most unique art exhibits on the planet. Contemporary Joan Miró was another famous Barcelonian artist whose works can also be seen scattered throughout his hometown.

3. The Harmony of the City Itself

Las Ramblas is a long colonnade that stretches from a colossal Christopher Columbus statue near the port to Plaça de Catalunya, or Catalan Square, near the center of town. This pedestrianized street is full of restaurants, flower stalls, performing artists, souvenir shops and is a great place to stroll, buy local goods, or simply people-watch. It passes through the Gothic Quarter, home to historical streets and ancient beautiful architecture. Nearby is the Barcelona Market, which has exquisite displays of food and drinks. Marzipan, seafood, fruits, chocolates, olives, and local culinary wonders line the aisles. You can sip fresh juices, sample octopus salad, try a spinach empanada, or just get one of everything.

If you are a real foodie, however, you’ll want to make the trek an hour north of Barcelona to El Celler de Can Roca. It’s quite unlikely you’ll get in this place unless you’re friends with Donald Trump or you made a reservation a year ago, but it was recently voted the best restaurant in the world. Not just a great restaurant, but the best. While getting a table is a Herculean task, the good news is Barcelona is full of lots of other great eateries from that range in their offerings from comfort food to pure artistry and gastronomical science. The sample the true Barcelona experience, however, just drink a glass of Sangria and savor some tapas in a little cafe on Las Ramblas.

Besides being an amazing city to visit, Barcelona is a great hub for cruises to the Mediterranean or Canary Islands. One can fly in just a little over half an hour to Ibiza or one of the other Balearic Islands. Nearby Montserrat Abbey is only 30 miles west and makes a great day trip. Andorra is only a couple of hours’ drive away, and besides offering great skiing in the Pyrenees, you’ll have bragging rights to visiting a country many of your friends have probably never heard of.

There’s an energy to the city of Barcelona that becomes infectious. It’s been the home of some of the best artists, architects, and musicians in the world and it’s full of their contributions. Whatever you’re looking for, you’ll find it here: great food, amazing art, beautiful architecture, fine wine and you’ll even be hard-pressed to find someone who doesn’t speak English. 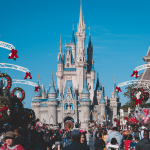 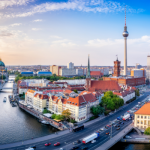