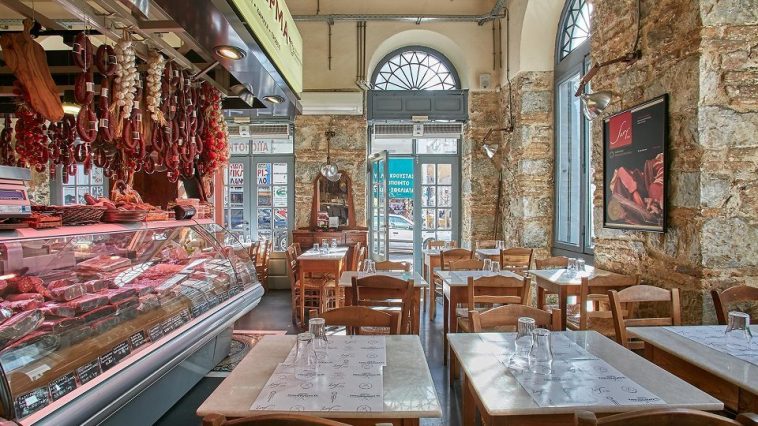 Ta Karamanlidika tou Fani was the most authentic and exquisite restaurant that I had ever gone to in Athens. It’s one of the first charcuteries opened in Athens, inherently famous for its cold cuts. Karamanlidika’s founded by greeks who moved from Asia Minor to Athens due to the population exchange in the first quarter of the 20th century. They brought a whole new spin on Greek cuisine, thus eating at Ta Karamanlidika tou Fani is a totally unique experience because the recipes are a cultural synthesis of Byzantine and Central Anatolian food.

It’s important to reserve a table before you go, as the restaurant tends to be packed all the time!

Pastourma is a traditional byzantine technic to preserve the food, curing the meat or fish with salt and spices. It’s still believed that the best pastourma recipe was created by Karamanlides. Soutzouki’s a type of fermented sausage in Balkan and Middle Eastern cuisine and one of the main ingredients of Karamanlidika.

Many foodies agree that “Sachanaki karamanlidiko” is one of the best combinations of eggs and pastourma. If you don’t prefer eggs, I could recommend you to try “Kefte sausage” as the main dish. Kefte sausage is served with yogurt sauce with pita bread.

Cold Cuts and Cheese Are a Must

If you’re a cheese and cold cuts fan, I strongly suggest you order cold cuts plate. It’s all a mixture of fresh and aged cheeses and cold cuts of the house. It’s the most iconic plate of Karamanlidika as it looks very appetizing and chic. If you’re also looking for some more homey and rustic touches, you should try mommy’s hand-made stuffed vine leaves.

The Lightest and Sweetest Treat

As the staff of the restaurant’s incredibly welcoming and kind, they served us “ greek yogurt with candied carrots” after our meal. It’s an authentic dessert of honey, candied carrots over greek yogurt. It’s not only super light and delicious but it’s also very soothing after a gourmet feast. Even though it was a small treat, it was one of the best tastes that I had in Greece.

If you’re looking for some more desserts, you may order some marvelous baklava (filo pastry sweetened with honey) with pistachios or nuts. Baklava is one of the favorite sweet bite of foodies in Karamanlidika.

Karamanlidika’s certainly located at city center however it’s definitely not in a touristic avenue, which had amazed me and felt so authentic!

It’s possible to take a cab from the city center. However, I wouldn’t recommend it because the alleys are small and you could find yourself in a traffic jam. It’s also very hard to get a parking space around Monastiraki.

I would recommend you to take the m2 underground line and arrive at Omonia station and walk to the restaurant which’s just 500 m away.

You may also get off at Monastiraki train&underground station (m2 or m3 lines, it’s an interchange station). Walk through Athinas Street, the restaurant is only 600 m away from the Monastiraki train station. 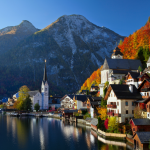 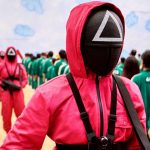