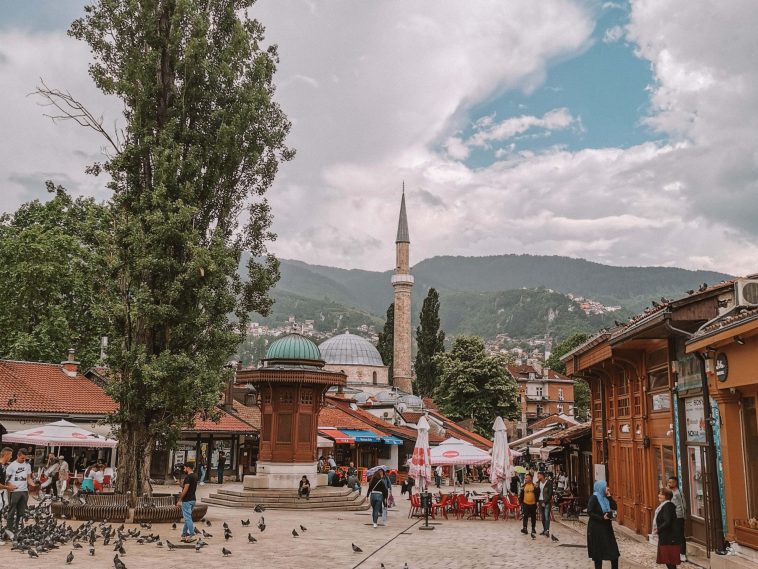 Sarajevo is located at the heart of Bosnia and Herzegovina. It is the largest city in Bosnia, and it is surrounded by the beautiful Dinaric Alps. Since it is a beautiful city and also at the intersection point of many natural wonders, there are many fun things to do in Sarajevo.

When to Visit Sarajevo?

The climate is quite continental, and you best want to visit Sarajevo in the spring or autumn months. Winters are really cold and summers are incredibly hot. During August though, Sarajevo is hosting the Sarajevo Film Festival every year which is an event worth visiting!

The Best Things to Do in Sarajevo: The Basics

It may only be a city of 600,000 inhabitants. But, you can easily spend a week exploring its hidden alleyways, countless restaurants, and surrounding mountains. I was lucky enough to spend six months in the city last summer and had plenty of time to explore. So, let me tell you the best things to do in Sarajevo when you are visiting Bosnia and Herzegovina.

The city is not very big so it’s easy to get around on foot or with the tram that will take you to all the important suburbs and areas around town. In case you want to go further out, you can always take a taxi. But, beware of the taxi drivers charging tourists ridiculous prices. Always ask them politely to turn on their meter and do not get in a taxi that doesn’t have one.

The First Things to Do in Sarajevo: Eat Cevapčići

One of the first things you wanna do when you get to Sarajevo is to try the famous Cevapčići. Those are grilled minced meat sausages – normally made from veal and beef. They are prepared a little bit differently all over Bosnia and Herzegovina, but it is said that the Sarajevo ones are the best. You will get them in a flatbread called Somun, a Bosnian kind of sour cream, Kajmak, and raw onions. There are special restaurants around town, the Ćevabdžinicas that only serve this one dish – the best one in Sarajevo is Zeljo and it’s located right in the middle of the old town.

History in Sarajevo: Visit the spot where East meets West

Of all the fun things to do in Sarajevo, this the one that you shouldn’t miss. Sarajevo’s streets are oozing with history wherever you go. For many hundred years, the city was ruled by the Ottomans who were then followed by the Austro-Hungarian empire. You still find proof of both cultures all around the city. The most interesting street for you to visit is surely the Ferhadija, the main shopping street. Within just a few hundred meters, the cityscape will change completely. First, you walk between Austro-Hungarian buildings, then suddenly you find yourself in the middle of an old bazaar, next to a beautiful mosque. Those are experiences you can only have in Sarajevo.

Sunsets in Sarajevo: The Best Spot to Watch Them

A city surrounded by high mountains guarantees great sunset views! There is one spot you don’t want to miss when you visit Sarajevo: The yellow fortress. It is not really a fortress anymore but more like a ruin with a little café. Locals will meet up there to enjoy the sunset and a cool drink. And, you can join them for the event. The yellow fortress is easy to reach from the city center by either a little walk or by taxi. The bar there doesn’t serve any food, so you want to bring your own. My tip: Stop by the Pekara Kovači kod Mahira for a Bosnian pizza and take it up to the fortress with you.

You can’t say you have been to Sarajevo if you don’t watch the city view from high above. And the best way to do it is by taking the cable car up the mountain Trebević that is towering over the city. After its destruction in the war, the cable car just re-opened in 2018. It takes around 10 minutes to the top of Trebević where you can enjoy a drink at the newly opened restaurant or stroll around the mountain and enjoy the fresh forest air. It is one of the most joyful things to do in Sarajevo. Oh, and there is more to see on Trebević – just read on…

Once you are on top of the mountain, a hidden sight is waiting for you. Down the slopes of Trebević you can walk along the tracks of the bobsleigh from the 1984 Winter Olympics. Now, there are only ruins left but they have been decorated beautifully with graffiti and sometimes mountain bikers still race down the tracks. This is really a spot in Sarajevo that you shouldn’t miss.

Bosnian coffee: Where to Enjoy It

After walking the old bobsleigh, you might be thirsty – perfect timing for a Bosnian coffee! Coffee has a very long tradition in Bosnia and Herzegovina, and you will find many cafés in Sarajevo. The best ones for a proper Bosnian coffee experience are mostly located in the Old Town. You can order your Bosnian coffee with some Baklava or other sweets, such as Hurmašice on the side. The best places to do this are the Ministry of Ćejf or Sevdah House.

If you have more than just a day or two to spend in Sarajevo, you should seize the opportunity and leave the city for a bit. You can head to the suburb of Ilidza by tram – the oldest tram in Europe, by the way – and explore the spring of the river Bosna there. It’s more like a maze of beautiful little streams and rivers in the middle of a green forest. The inhabitants of Sarajevo often come here on the weekends to have a barbecue or just enjoy the shade under the trees.

Sarajevo is a city that will never leave your heart again once you visited it. It is full of culture, history, and beauty. Try all the fun things to do in Sarajevo! Take your time, walk on its narrow streets, drink all the coffee, chat with the locals and you will surely take some amazing memories with you!

I'm Kathi, a serial expat girl who has been living in Denmark, South Africa, the Czech Republic and Bosnia and Herzegovina already. And there's many more adventures to come ? 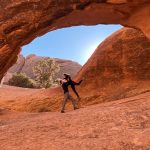 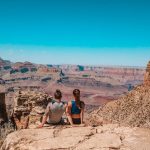