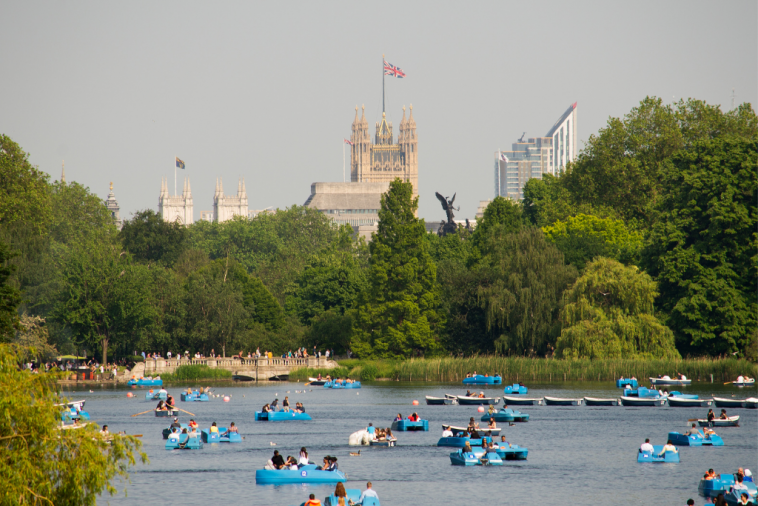 England is an island country with heavy rainfall due to its geographical location and the country is covered with lush vegetation. London, the capital city of England, is one of the most popular metropolitan in the world with its numerous green areas, well-maintained, and beautiful parks that attract millions of tourists every year.

In addition to the architectural beauty of London being the capital, perhaps it is most famous for its beautiful parks. 47% of London’s area is covered with green areas. There are exactly 143 parks of various sizes, some of which belong to the royal family and some to the municipality. So, let’s talk about the best and most beautiful parks in London.

One of the few places that come to mind when talking about London is of course Hyde Park. It was opened to the public in 1637, formerly created as a hunting ground for the royal family. Hyde Park is today a popular destination for locals and tourists. Due to its location in the center of London and its large surface area, it is much more popular than other parks. There is an artificial lake called Serpentine in the park and boat trips are made on this lake. It is really unbelievable how well-maintained and clean a huge park with no ends. The cafes in the park are very suitable for relaxing and reading books away from traffic noise.

You can visit Kensington Gardens, which is adjacent to Hyde Park and contains the palace where the Cambridge family is living. I would like to point out that there are also tours to Kensington Palace, but it is currently temporarily closed to visitors due to the pandemic. Kensington Gardens, with the Italian Gardens, Albert Monument, Peter Pan Statue, and Serpentine Gallery, is surrounded by magnificent trees and decorative flower beds. It is also home to the Diana Monumental Playground. I recommend you to watch the swans and ducks by spreading on the grass around the Round Pond located in Kensington Gardens.

It is the second-largest and most popular park in the city after Hyde Park. Designed in 1811, this park is best known for its magnificent rose gardens. Regent’s University campus is also located here. It also includes the London Zoo. You can observe dozens of bird species in Waterfowl as well.

London’s landmarks such as Buckingham Palace, the residence of the royal family, as well as the Houses of Parliament, Clarence House, and Whitehall are surrounded by St. James’s Park and have an important place in the history of England. This park is the oldest of the Royal parks and is located on the road to Buckingham Palace. As in every other park, there is a small lake in this park and is famous for its pelicans. Pelicans have lived in St James’s Park for nearly 400 years. They were originally presented as a gift from the Russian Ambassador to King Charles II.

Built at the point where the Zero Meridian Line passes, there is a Royal Observatory in the park. Greenwich Park is also one of the smallest royal parks. An excellent view of the River Thames and Paul’s Cathedral, so I suggest you watch the sunset from there.

It is one of the biggest and relaxing parks in London. Located on the south side of the Thames River, Battersea Park is also located right on the banks of the Thames River. It is frequently used by athletes who want to jog by the river. You can watch the boats passing by the River Thames or, as in every park, you can rent a bike and explore the park.

It is a boutique park located on the same street as Hyde Park. Holland Park is a centrally located park ( very close to Notting Hill & Portobello Road ) with magnificent trees and peacocks. It is also home to the Kyoto Garden. The park has suitable play opportunities for young children and teenagers.

The 320-hectare park is a large, ancient London heath that includes centuries-old trees and natural life. The park has 25 pools in total where water sports can be done, fishing, and boat rides are made. The heath has some of the best views and highest points in London to enjoy.

This park, a little far from central London, you can still get here with just a metro ride. Here is London’s largest royal park. We can also call “forest” to this park, which is famous for its hundreds of deers. Richmond Park offers visitors an atmosphere away from the city “in the middle of the city”, with its centuries-old green areas, different plants, animals, and butterflies.

The best parks in London await you in almost every part of the city. When you visit London, it will be a big joy for you to spend time in all these “green habitats” in London. Especially, the spring months will offer you a colorful atmosphere, almost like a flower festival ?. 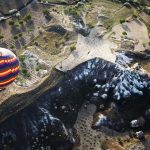 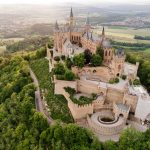