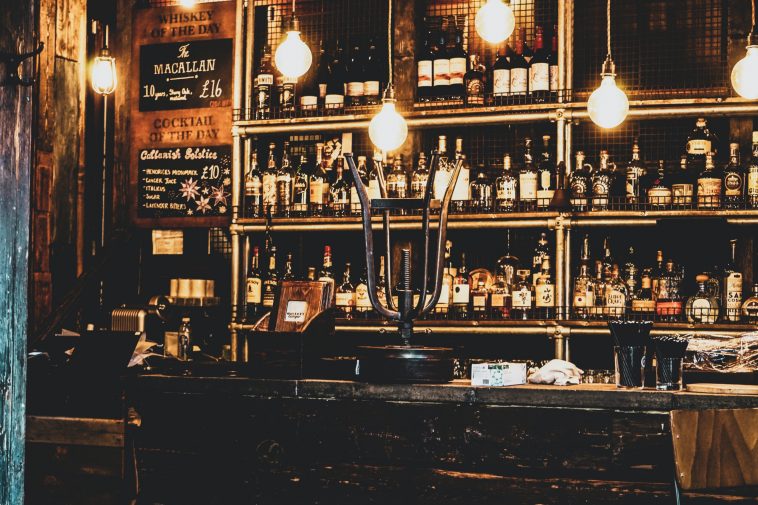 In a city like London, you’ll find a boozer on every corner making claims of owning the best fish and chips in town. Some will say they are the oldest pub in the city; another will boast about representing Charles Dickens’ historic local. London is so inextricably linked to its historic pubs that it is hard to split the real deals from the phonies. But never fear, we’ve compiled a list of the most historic pubs in London you should actually visit. From the timeless charm of the bar that sheltered the French resistance during World War II to a pub so cozy it feels like Christmas every day, here are 10 of the most historic pubs in London that offer an authentic experience.

London’s oldest riverside pub north of the Thames is one of the city’s finest. If you fancy a whimsical wander along the river path west of central London, this is the place for you. With low-beamed ceilings, grand brick fireplaces, and secret rooms, The Dove couldn’t be cozier if it tried. On one side of the pub, you’ll find a tiny public barroom so small it only accommodates about five people. It holds a place in the Guinness Book of Records as the world’s smallest public bar. And, on the other side, a bright conservatory offers amazing panoramic views of the water.

The Lamb and Flag

This has a good claim as Covent Garden’s most historic watering hole and retains much of its traditional charm. Tucked down an alleyway – which was once notorious as the site of bare-knuckle fighting – this is an enormously popular pub. Regular drinkers have included Dickens and the 17th-century poet John Dryden. In fact, the latter was apparently the victim of an attempted murder nearby. By way of consolation, they named the upstairs room after him. You may need to make your way there up the narrow wooden staircase to escape the crowds at the bottom. On St. George’s Day, the pub often puts on entertainment and is decked out in bunting.

The only pub in London owned by the National Trust, The George Inn is a fully functioning historic relic. It dates back to somewhere around 1543. You don’t really need dates to tell you that it’s old. The warped beams that lend to the pub’s wonky aesthetic reveal its age. Not only is it one of the oldest pubs in London, but the George Inn is also the only original coach house in the city that has a gallery. It still resembles the pub it was when it hosted theater in the 17th century.

Literary buffs will be glad to know that Shakespeare drunk here, as did Charles Dickens. Dickens even mentioned the pub in his novel, Little Dorrit. The danger with historic symbols like this is that people often see them as historical remnants, leaving them to resemble a grand prop. That’s not the case here, since a lively crowd takes over the evenings.

The Star Tavern in Belgravia has seen its share of well-heeled visitors – including Peter O’Toole, Diana Dors, and Alexander Korda – since the early 19th century. However, it is most noted for its role in one of the most colorful episodes in 20th century England. The Great Train Robbers hatched their plan to attack the Mail service in the grand upstairs room in 1963. Bruce Reynolds, the ringleader, would reportedly drive up from south-west London in an Aston Martin to flesh out the details of the £2.3m heist. Now, it’s a grand, welcoming place with a good selection of Fuller’s beers.

This Soho institution has played a strong historical role. Yet, as the name suggests, its influence has been felt more on the other side of the Channel. Ironically, the first known landlord was a German, Herr Schmidt. However, he was deported after the outbreak of the First World War. During the Second World War, members of the French Resistance used the pub as a meeting place. Later, its bohemian clientele included journalist Jeffrey Bernard and Suggs from the band Madness. The pub retains a distinctly Gallic flavor today, serving alcohol in French measures. Traditionalists should approve of the absence of a television and its mobile phone ban.

The Dog and Duck

Another famous Soho watering hole with great literary associations, the Dog and Duck was where George Orwell used to drink. It has an ornate Victorian interior – the pub is Grade II-listed and famous for its lavish tiling and grand mirrors. In its previous incarnation on the same site, John Constable and Dante Gabriel Rossetti were apparently regulars. Also, the owners boast of a visit from Madonna. Clearly, the singer has good taste in traditional English pubs.

Hampstead Heath has a smattering of pubs surrounding its boundaries. But, none carry the history of The Spaniards Inn, a pub that poets Keats and Byron once called a local. There are also stories that one of England’s most famous highwayman was born at the pub in the early 1700s. This lends the pub a touch of infamy. The Spaniards Inn dates back to 1585. While there have been updates to its interior, it retains a classic Victorian look. It’s a cozy bolthole of a pub. And, the roasts make it an excellent stopping point once you’ve wandered the hills of Hampstead Heath.

The George is the very definition of a charming neighborhood pub. It is also one of the few pubs in London that retains a pool table in its back room. Close to Dalston and Broadway Market, there are reasons to find yourself in the vicinity of the pub in Hackney, East London. The pub is hardly old but it represents the type of pub that Londoners hold dear. The Prince George has a range of reasons to tempt you. The cozy interior complete with a roaring log fire is one of them. You will also find a jukebox filled with tracks you’d love to see pop up on your Discover Weekly. The food is solid and dependable, and the roasts are some of the best in the area.

At first glance, the interiors of this Clerkenwell pub appear to have been salvaged from the 18th century. However, the building only became a pub in the 1990s. It proved that lack of true vintage is nothing to hold a pub back if someone with a penchant for classic boozers designed it. A chocolate box pub that wouldn’t look out of place in a Victorian street scene, the beautifully rickety interior is as much of a lure as its claim of being the only London pub serving the excellent St. Peter’s Brewery beers on tap. What it lacks in ancient history can be found in the area immediately around it, which was once home to the Knights of St. John.

The perfect place to drop in having spent some time perusing Brick Lane. The Carpenters Arms has the kind of laidback atmosphere that turns a quick drink into a whole afternoon. And, what could be a more authentically London pub experience than that? Forget the awkward rear room that can feel a little shut-off. The action in this handsome wood-paneled pub happens in the tightly-packed front bar. The establishment is best enjoyed when the weather turns moody and chill, as its cozy levels are ramped up. Then you can savor a rich, heavy Belgian ale from the excellent selection available.

If you are looking to spend some quality time, these historic and unique pubs in London will keep you in good company. You can share the other historic pubs you enjoy in London in the comments below. 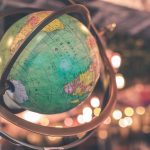 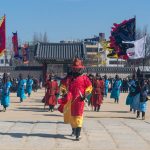