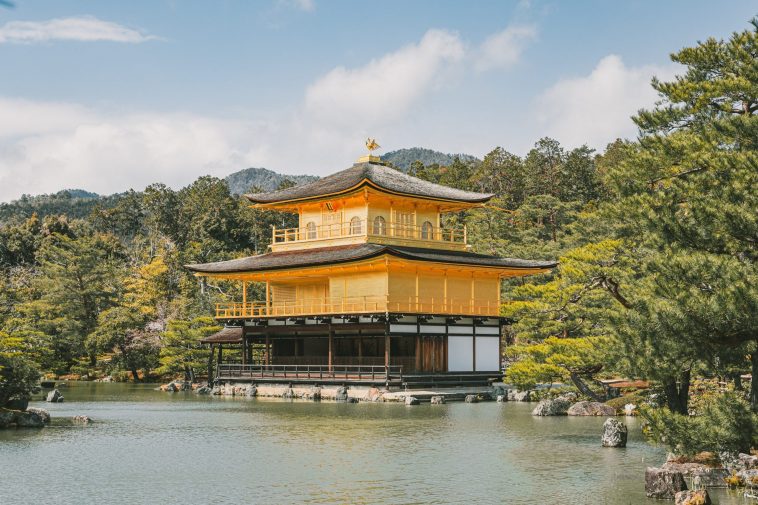 I adore Asia ever since the first time I set foot there. It is the continent of temples and unique religious cultures. So, I wanted to introduce you to the top 8 famous temples in Asia that are all worth a visit. If you are wondering why I only included 8, it is because eight is a lucky and prosperous number in Chinese culture. Let us begin with number 1 of the most famous temples in Asia!

Zhinan Temple is a Taoist temple. It is popular with the stairway of “1000” steps. The name “Zhinan Temple” has two important meanings:

If you plan to visit Taipei, don’t miss this place. The trip to the Temple can be especially exciting if you choose to go with a Makong Gondola (a cable car) made entirely from glass. The cable car is available from Taipei Zoo. During your short trip, you will enjoy a green forest lying under the cliff which makes the experience so relaxing and peaceful. If you want a little adrenaline, then definitely go for the cable care made entirely from glass. Doesn’t it sound exciting?

This beautiful temple is one of the largest and oldest temples in Southeast Asia. The nickname of Thean Hou Temple is “The Temple of the Goddess of Heaven”. It was built by the Hayan community of Kuala Lumpur in 1894. From the hill where the temple is located, you can also see a jaw-dropping view of the city.

Part of the temple consists of a beautiful garden where medicinal herbs grow. The design of the temple is a mixture of modern architecture and traditional jewels decorating carvings and murals. The entire exterior is a frenzy of colors. There is also a ritual hall in Thean Hou Temple where local people get married. During my visit in 2019, I was lucky to witness a Chinese wedding, which made my experience even more amazing.

So if you are in Kuala Lumpur and you want to see this beautiful temple, I totally recommend you to do it.

South Korea is famous for its kimchi, K-pop groups, and many spectacular temples. The majestic Gakwonsa Temple is located on the Taejosan Mountain. It served as a sanctuary where the locals prayed for the unification of North and South Korea.

To reach the large Buddha statue which is the crown jewel of Gakwons Temple, you need to climb 206 steps. The 15-meter statue is made from 60 tons of bronze. In front of the Buddha statue, you can light a candle and pray.

Kon`nichiwa (こんにちは) (hello) from the country of the rising sun, Japan.

There are so many temples in this country that naming just a few is a difficult task. The temple that impressed me the most was Kinkakuji. Kinkakuji (Golden Pavilion) is a Zen temple located in Kyoto, Japan. The upper two floors of the temple are entirely golden. After its restoration in 1955, it became a UNESCO World Heritage Site in 1994.

What’s really impressive here is that every single floor of the majestic temple offers a different style. The first floor is in Shindzen style with wooden floors and walls of gypsum. On this floor, you cannot see the Buddha statue. The second floor of the Kinkakuji Temple is in Bukle style, which is also the style of the samurai residences. The third and last floor is in Chinese Zen style. It is completely gilded inside and out. The temple is no less beautiful from the outside thanks to the beautiful lake around it and the amazing scenery.

China has so many unbelievable temples that everyone should see. One of them is the Lingyin Temple. Lingyin is 1700 years old, and the oldest and most popular Buddhist temple in Hangzhou. Lingyin Temple was built in 326 AD by the Huili/Indian monk. An amazing forest with Buddhist caves and many beautiful trees surrounds the temple.

This is the most modern and fast-growing city I have visited. I would have no problems revisiting it again. Now I want to introduce you to Siong Lim Temple.

Siong Lim Temple is also a Buddhist Temple. It has 7 unique floors, and they are all covered with a golden pagoda. The courtyard connects to the three halls of the temple, one of which is a Mahāvira. For me, it was the most impressive one. In the hall, there are statues of Buddha from the three worlds. Above each one, there is a caisson ceiling (Zao Jing). These ceilings represent the brides of the three Buddhas.

If you are traveling to Vietnam, the Temple of Literature is definitely worth visiting. Especially if you want to escape from the noisy city and the crowds, the Temple of Literature will be your quiet haven. The temple is dedicated to Confucius. Despite the relentless wars in Vietnam, it managed to preserve its cultural value throughout the years.

In 1076, the first university in Vietnam, Quốc Tử Giám (National University) was established in this temple. You must add Temple of Literature to your bucket list to immerse yourself in Vietnam’s history.

Sabaidi (ສະບາຍດີ) (hello) from he most beautiful temple in Laos.

The temple is one of the national symbols of Laos. Its image is present in the coat of arms of Laos. Pha That Luang Temple dates back to the third century. The current temple was built in the 16th century but later it was destroyed and abandoned. When Laos entered French domination, the temple was rebuilt.

Pha That Luang Temple looks like a fortress that consists of three levels. Each level expresses each of the three stages of Buddhist enlightenment. The first level represents the underworld, the second the 30 perfections of Buddhism, and the third represents the Kingdom of Heaven. The 45-meter temple is covered with 500 kg of golden leaves.

Hello everyone, my name is Stanislava. I love to travel, especially in my favorite continent - Asia. Allow me to show you the beauties of Asia through my eyes. 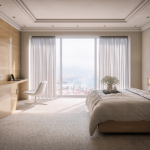 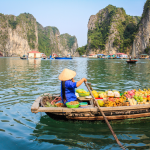