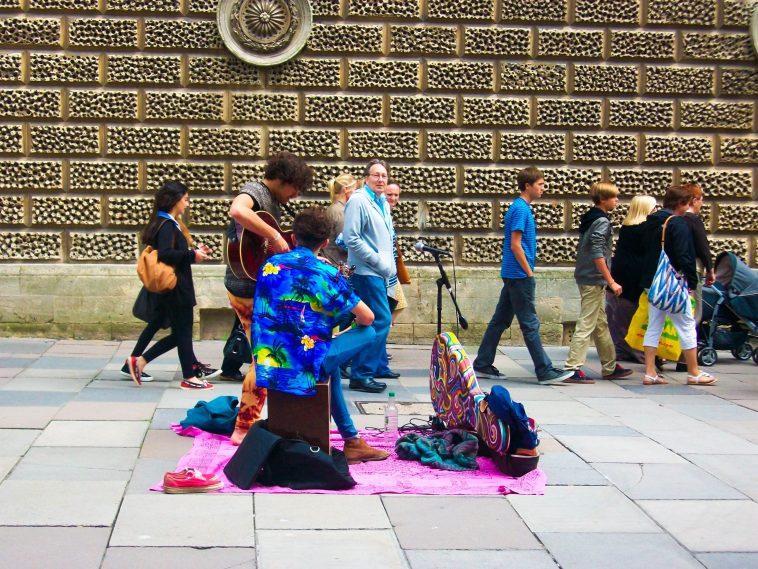 Music has been the daily medicine for everyone around the world in the days of the lockdown. Most of us find comfort in watching concerts on Youtube over and over, dreaming of hearing live music again. And now we will take a journey through the best cities famous for their music and their musical atmosphere. Hopefully, everyone will get to visit them when the pandemic is over. Let’s dig in!

Throughout the years, Seattle has produced some of the biggest rock and grunge names. Bands like Nirvana, Pearl Jam, and Soundgarden made huge waves during their time. They are the reason why grunge is referred to as “the Seattle sound”. A big part of Seattle’s success in grunge lies behind the label record Sub Pop. Most of the underground bands acquired fame after being signed by the label.

Everybody knows the Sydney Opera House, right? Sydney has maybe one of the coolest opera houses in the whole world. It welcomes its visitors with an open-air opera experience. Sydney also has venues like Allphones Arena where the likes of Rolling Stones have played. The Hordern Pavilion is also a great venue in the city.

When you talk about music cities you just can’t leave out the Big Apple. Lay aside everything else, it is the home of Musical Theater, of which Broadway is the sole guardian. Walking down the streets of New York, you will also hear any genre from jazz to blues, rock to hip-hop. The city has a huge Latin music population, too. As far as versatility goes, New York is the city to visit. The city has produced huge names like Jay-Z, Lady Gaga, Lana Del Rey, and Post Malone over the years. Other than that, if you just want to party all night with loud music and wake up somewhere you don’t know, New York is the place to be.

London is where the magic happens (in terms of music). The city has a variety of historical music venues, studios, and artists. Abbey Road Studios has been around since the ‘60s. The Beatles and Pink Floyd recorded some of their biggest hits in that studio. For classical music lovers, London has the London Symphony Orchestra. Also in recent years, the UK Grime genre has been trending, which emerged in London. The city is also famous for its street musicians, who are really the secret heroes of authentic music.

Off we go to another capital city, Berlin. Berlin is known for its underground electro clubs and wild party nights. Even though house and techno music are still big deals in Berlin, other genres like hip-hop and rock have been trending upwards. Especially Kreuzberg helped grow Berlin’s versatility. It is the district where you will find most of the musical action.

There are music cities, and then there are musical capitals. Austin is surely one of them as the owner of the motto “Live Music Capital of the World”. Austin is filled with jam-filled bars and venues. The city is famous for its wild live shows. There are a lot of both indoor and outdoor stages which makes Austin highly appealing for a large audience. Word has it that on some nights, the number of live performances exceeds 100. If you are in Austin you might also want to see the Austin City Limits Festival.

Vienna is known as the European capital for classical music. Names like Beethoven, Mozart, Schubert, and Mahler studied in this city. It is also the home of Waltz. This includes “The Blue Danube Waltz” (aka An der schönen, blauen Donau) performed by Johan Strauss II in 1867. Vienna has some of the most beautiful venues where every professional musician dream of performing. Some of those venues are Wiener Staatsoper, the Wiener Musikverein, and the Volksoper.

Memphis is considered the center of blues music. It also had a huge influence on gospel and soul music throughout the years. Visiting Memphis will not only satisfy your musical taste but also introduce you to the legendary locations where history took place. You can find very unique venues in Memphis, such as B.B.King’s Blues Club. Then, of course, you have a studio like Sun Studio where Johnny Cash and Jerry Lee Lewis recorded albums. Also, Elvis Presley made his first record in Sun Studio. There is also Stax Records that has produced records for names like Otis Redding and Wilson Pickett.

Among the symbolic music cities in the world, Havana has the most diversified taste. The city is the mother of percussive music. Some unique genres such as Cuban jazz, habanera, mambo, and cha-cha-cha originated in the streets of the radiant Havana. Today, if you walk around the city, you will hear a lot of rhythm infused music. Havana has produced famous names like Paquito D’Rivera and Orishas who perform in different genres (jazz and Latin rap).

Mostly known as the “Music City”, Nashville is the very center of country and western music. It is filled with clubs and venues where you will find the epitome of country music. Nashville has phenomenal shows in Grand Ole Opry and the Bluebird Cafe. Grand Ole Opry’s radio station has been broadcasting for 95 years. The city also hosts many music lovers every year who come to see the Country Music Hall of Fame. This is where you should go for a brief history of country music.

This is all for now! Keep your fingers crossed for those magical, musical nights to come. And don’t forget to leave your comments on the best cities for music that you would love to visit! 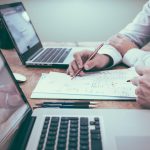 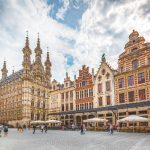