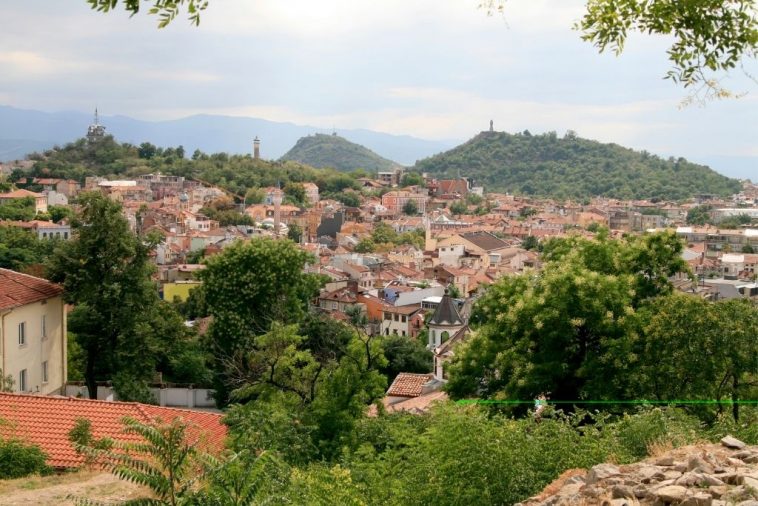 Welcome to Plovdiv, the second-largest city in Bulgaria! Plovdiv is a center of many attractions with its rich cultural life, priceless historical artifacts, and comfortable atmosphere, formed by the harmony of ancient and modernism.

Don’t be fooled by the fact that its name hasn’t been at the top of the list yet; there has never been anyone who visited Plovdiv and didn’t love it. The reason why people love it so much is that the “Old City,” where you can walk as if medieval horsemen will stand in front of you at any moment, “Kapana” with places that will take you ten years younger, and much more.

I have selected the brightest gems in the treasure chest for you! Without further ado, let’s take a look at the 25 attractions in Plovdiv:

It would not be wrong to say that it is the symbol of the city of Plovdiv, the “Ancient Roman Theatre.” One of the best-preserved ancient theaters in the world, standing for 3000 years. So much so that the theater, which has a capacity of 3500 people, also hosts various concerts and festivals. If you are planning to come in the summer, I recommend you take a look at the event calendar.

The name of the place in Plovdiv, standing in the center of the city, as if it had the whole town on its back; “Roman Stadium.” It has been waiting for you since the 2nd century, right where the city’s most famous street begins. You can see it from the top, but you can also go down and watch the 3D movie prepared for you and take a journey into the glorious past of the ancient stadium.

It is the largest and most decorated mosque in the city, built by the Ottoman Empire between 1369-1389, and it is open to worship. We can call the place where the mosque, whose name comes from the Friday prayer, is located; it is the center of Plovdiv. So, if you wish, you can have Turkish meals and Turkish coffee at the restaurant next to the mosque.

“Knyaz Alexander Street” where there are shops, cafes, restaurants, and street performers, is one of the longest pedestrian streets in Europe. This street, closed to vehicle traffic, is a miniature version of Istiklal Street, but the only thing missing is the tramway.

An open-air museum that calmly awaits its visitors next to the city post office. Don’t think it’s just the surviving columns. You can find more if you keep looking around carefully. It is even possible to find an ancient ruin while looking for an outfit in the shops on Knyaz Alexander Street.

This museum, which is said to have about 40 thousand works belonging to Bulgaria, especially to Plovdiv and its surroundings, is a place not to be missed for museum lovers. Attention! Before entering the museum, it will try to impress you with its curved roof and exterior decorations.

It is one of the most beautiful places in Plovdiv where you can breathe the scent of nature. Beautiful landscapes, countless hiking trails, enjoyable children’s playgrounds, and, of course, the singing water fountains, which is probably the reason you come. There is not even the slightest defect from what is depicted because these fountains sing! But I suggest you wait for the evening to see their best performances.

8. Water Cascade Down the Stairs of the “Kamenica”

When you move forward on the Kynaz Alexander Street, you will see the “Kamenitsa Su Merdivenleri” on your right. The statue of “Milyo” standing next to the stairs and the city’s symbol, the “Together” panel, which was installed in 2019 when Plovdiv was the European Capital of Culture, is worth seeing.

This gate, which was also used as the entrance gate of Nebet Tepe, is still standing with an eye-catching magnificence with the houses with bay windows built on it. For your information, you can take excellent photos from both sides of the street where Hisar Kapia is located.

Wait! After when you see the Kamenitsa Water Stairs and the symbol in front of it, do not just pass by. Colorful beauties await you on “Nayden Gerov Street,” which you will reach by climbing the stairs. The colorful pictures drawn on the buildings on the street are the best examples of the winds of youth blowing in Plovdiv. It is impossible not to see these street arts in Plovdiv, where comfortable lives slowly flow.

11. Church of St Constantine and Helena

The Church of St. Constantine and Helena, decorated with different decorations inside and out, is worth seeing. Built on the ruins of a pagan temple in the 4th century, it is the city’s oldest Christian religious site. Do not miss the details, especially in the exterior decorations!

Lamartin House is the most beautiful museum house with its symmetry in Plovdiv. This house, which you will reach with a short walk from the Ancient Roman Theatre, takes its name from the French politician Lamartin, who stayed here in 1833.

The “Ottoman Mevlevihanesi,” which is currently serving a luxury restaurant, is defined as the monastery of Muslim Dervishes. According to some sources, it is mentioned that Mevlana was also here and performed the whirling dervish. Its colorful decoration and wooden carved ornaments are worth seeing.

Although its existence is somewhat controversial, it is a good point for those who say that the past is the past and want to see the view of Plovdiv from this side. Well, if you ask why the monument is controversial, for serving as a memorial erected for Soviet casualties during the Soviet occupation of the country in the course of World War II. Warning to those who will see it up close, the walk takes about 30-40 minutes.

There are buildings, cafes, and restaurants built/decorated in a modern style and accordance with today’s architecture; “Kapana” actually means a trap (kapan). But what is Kapana getting? Of course you! Don’t worry; it will be a trap you won’t want to get out of.

Built in 1816, the building is one of the oldest preserved houses from the period of the Bulgarian National Revival. The house is considered a peak in the development of architectural and decorative art in Plovdiv. Its rich artistic decoration, geometrical-patterned walls, and especially its wooden ceilings deserve to be seen.

It is only half an hour from the center of Plovdiv, it is the largest monastery in the country after the Rila Monastery. It was founded in 1083 and still stands firm with its impressive size and rich history. Historical building lovers, make sure to add the monastery, which is integrated with nature, to your list.

Blue lovers, come here! In the 1835’s, a nickname given to him by the landlord’s frequent visits to India is actually “Hindliyan.” Its courtyard overlooking a beautiful garden, ornate walls, and walls in which the cities Hindliyan visited are depicted. In addition, if you are curious about the different symmetry and the sophisticated designs of the items inside, the Hindliyan House waits for you.

“Plovdiv Historical Museum” is the most visited museum in the city. The museum can be visited since 1952. There are 60 thousand historical artifacts exhibited in the museum. Giving a guide to the visitors by the museum, I think, maybe the reason why people visit this place the most.

Just like the Bachkovo Monastery, it is half an hour’s drive from Plovdiv. It is almost next to the Bachkovo Monastery. So when you take this route, you can see these two unique places. Asen Fortress is a castle worth seeing, dating back to the Thracians, in a dominant position and built with magnificent architecture. The city of Asenovgrad, where the castle is located, has an interesting feature. Turkey, Kardzhali, and Asenovgrad were where the most successful weightlifting athletes in history grew up. Moreover, Naim Süleymanoğlu’s father was also born in Asenovgrad.

Another visual artifact from the 19th century. The location of the rooms, with their illustrated niches and the main staircase, fully reflects the architecture of Plovdiv. Today, exhibitions, conferences, and meetings are held in the Balabanov House, demolished in 1935 and reopened in 1979.

Known as “Starinna Banya” in Bulgarian, it is a historical artifact from the Ottoman period, located at the base of an area covered with ancient mosaics. It is also serving as a museum today. If you seek Ottoman artifacts in the city while wandering around, you should visit this place.

The city is built on seven hills. However, with the disappearance of one of them (Markovo), today it consists of 6 hills. The names of the hills are pretty familiar; Nebet-Dzhendem-Clock-Taxim-Youth-Dzhambaz. It is more interesting than the others with the most ancient ruins, and it is the most beautiful place where you can watch Plovdiv from a bird’s eye view.

The historical Hippocrates Museum, located on Saborna Street, is a different place that functions as a small pharmacy museum with the busts of Hippocrates, the father of the Hippocratic oath, the god of medicine Asclepius, and the goddess of medicine Hygia, with huge medicine shelves inside. Whether you are interested in the subject or not, I am sure you have never visited such a museum before.

According to official sources, Plovdiv has been inhabited since 6000 BC and is the oldest city in Europe with this feature. The name of the city, which is thought to be the first living community of Thracians, is coming from Philip, the Father of Alexander the Great. (Philippois>Plovdiv). Think about what an archaeological museum would be like in a place with such an old history. A wide variety of artifacts, sculptures, mosaics, treasures, exhibits, and much more await you at the National Archaeological Museum.

Special thanks to Melih Daşgın for this comprehensive Plovdiv, Bulgaria list and also you can check the Turkish version of this post from Turizm Günlüğü. 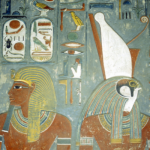 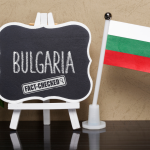