As this is the first post of mine on our brand new website, I decided to clear something about myself. After appointed as the CEO of Travelinsightpedia, many people ask me where I come from. Well, if you want to examine my roots, actually my natives come from South America. The Spanish and Portuguese explorers spread my plants to the world in the 1500s. Today, I’m having around 30 million tons of sisters and brothers every single year. So I will be mentioning about Top 10 Ananas Destinations in this post.

There are some countries that most of my relatives reside mostly. We really like to live in some exotic and worth seeing holiday destinations with high temperatures during the year! It is a fact that higher temperatures make my taste sweeter! So let’s take a look at Top 10 Ananas Destinations to visit in the list below.

Costa Rica is a destination that your chance to come across with me is the highest among all! Every single year, over 3 million tons of Ananasses are produced in Costa Rica as the top pineapple producing country. That means 10% of my family lives in Costa Rica! ¡Vamos Costa Rica!

The second top pineapple producer is Brazil. My grandma told me that most probably our roots are originated from Brazil. It’s like my motherland so I can’t hide my affection for Brazil!

In the Philippines, you can find a traditional jelly-like dessert called ‘nata de piña’. It is made by fermenting pineapple juice.

In some of my internet searches, I saw that there are 27 different species of me in Thailand. Still ‘Sticky Mango Rice’ seems more famous than mine in Thailand.

The first country I was brought to after I was discovered in South America. Portuguese sailors took me to India in 1550. Therefore, it was the first time I left my continent!

You can see me in every corner of Indonesia. This is where we dominate other folks of fruits with our population. Still bananas and mangos seem more dominant, though.

I would like to make a point for Nigeria and congrats them as it is the only African country that can get himself in the top 10 list while even no European country can achieve this honor.

Well, I guess not much to say about China! Is there any top lists that they are not involved when it comes to production.

Honestly, Colombia is having the biggest potential among others to climb more in the list. The government tries really well-organized lately to make further steps about me!

In Mexico, you can find me at roadside stands where I’m served covered in lime juice, spicy sauce, and sometimes salt.

Hawaii was the first country to commercially cultivate me in 1900. Moreover, I become a popular pizza adding, which is sometimes referred to as Hawaiian style. Also, you can find me onto grills where I am seared with ginger.

The United States is the country where the demand for me is the top! I would like to express my gratitude to all Americans who really want me that much! In the US, I’m often pinned to ham to assist keeping the meat moist while cooking and to give a distinct flavor. 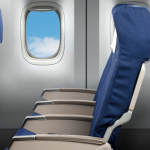