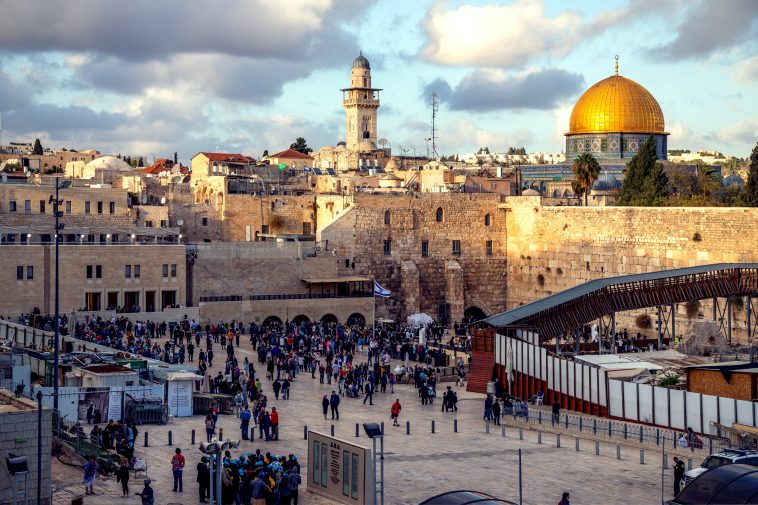 Israel is a rather small country at the eastern end of the Mediterranean Sea. Not only is it a country with a vibrant culture, but it also has a fascinating history from the Bible to the Crusaders to the Ottoman Empire. It is also known as the holy land, the birthplace of Judaism and Christianity. So, you just can’t miss a trip to Israel at least once in your lifetime!

Israel is a food Walhalla. Whether it is falafel, hummus, shakshuka, or fine dining, from Local Arab to find Asian and fresh fish – you’ll want to try it all in your trip to Israel!

And last but not least, it also has a very diverse and beautiful landscape. From deserts and greenery to beaches and mountains. Most famous is the Dead Sea, the lowest point on earth.

As there’s so much to see and do in this fascinating country, it’s almost impossible to discover it all in only a few days. Therefore, I’ve created a 3-day itinerary for your trip to Israel, which is perfect for a long weekend getaway. It doesn’t even cover half of the remarkable things this country has to offer, however, it’s a great start to get a notion. And who knows, maybe you’re as fascinated as I am and can’t wait to go back and discover this beautiful country even more!

When you go on a trip to Israel by plane, you’ll most likely arrive in Tel Aviv. Therefore, this city is the perfect place to start your mini-vacation.

Tel Aviv is the second largest city in the country. It’s a thriving, vibrant, modern, dynamic and multicultural city. The city is only a 100 years old. It was founded in 1909 as a Jewish garden suburb of the ancient Mediterranean port of Jaffa. Fast forward to today and it has developed in a major economic and cultural center. It is also the most recommended city for the gay community worldwide.

The northern part of the city is known as Yafo/Jaffa. It’s also the oldest part and is well-known for its flea markets and narrow passageways. It serves as a fishing harbor and a yacht harbor.

Almost every city has someplace that is promised to bring you good luck. It can be a statue you need to touch, or throwing a coin in a fountain. In Jaffa, it’s a zodiac wishing bridge. An ancient legend states that you need to stand on the bridge in front of your zodiac sign. Hold onto it, gaze at the sea and make a wish!

When visiting Jerusalem you need to keep in mind to dress properly: make sure your knees are covered, and bring a sweater or scarf to cover your shoulders and elbows when needed.

Jerusalem is the religious epi center, the capital of world religion. It is special in every sense of the word. Even if you don’t consider yourself a religious person, Jerusalem’s beauty and history will knock you of your feet.

It is one of the oldest cities in the world and is considered a holy city for Jews, Christians, and Muslims. Influences of all three religions are visible and present in the Old City.

The Western Wall is the last remaining wall of what was once the Jewish temple. Today this is the holiest site in the world for Jews. It is a place for prayer and for religious and national gatherings.

Church of the Holy Sepulchre

The Christian quarter of the old city is constructed around the church of the Holy Sepulchre, where Christ is said to have been crucified and buried.

The Dome of Rock

The Dome of Rock is an Islamic shrine located on the temple mount. It is build on the foundation stone, which is considered to be the first rock of the world.

Mount of Olives is located 3 kilometers outside of the Old City. The Jewish cemetery on the mount of olives is the most ancient and most important Jewish cemetery in the world.

Over the years, many Jews in their old age came to Jerusalem in order to live out the rest of their lives there and to be buried in its holy soil. It is here that the resurrection of the dead would begin once the Messiah will appear on the mount of olives and head toward to temple mount.

You can easily do a day trip to the Dead Sea from Tel Aviv. Just make sure you leave as early as possible as most beaches close around 4pm.

The shortest route from Tel Aviv to the Dead Sea is through Palestine, so don’t forget to bring your passport in case of border patrol.

The Dead Sea is one of the most intriguing natural phenomena on earth. It is the lowest point in the world and has up to 34% salt in it, which is +/- 10x more than in regular seawater.

Thanks to the high salt and mineral content of the dead sea, it is a popular destination for treating skin problems, as well as muscle ache and arthritis. Therefore, a mud bad is a must! All the minerals in combination with the salty water will rejuvenate and softens the skin. After you put on the mud, let it dry in the sun. When it’s completely dried up, wash it off in salty water.

The high salt content also has some disadvantages if you’re not careful enough. Therefore there are a few general guidelines to make your floating experience as comfortable as possible:

When going to the Dead Sea, you should definitely consider visiting Ein Geidi Nature Reserve and the Masada National Park. Both destinations offer magnificent views over the Dead Sea.

Ein Gedi is an oasis and nature reserve located near the Dead Sea. It is one of Israel’s premier hiking spots, featuring spectacular beauty, landscapes, viewpoints, and botanical gardens. It is notable for the natural habitation of wild life and is also famous for its many natural pools and waterfalls. So don’t forget to bring your swimsuit!

Masada National Park was the last bastion of Jewish freedom fighters against the romans. Its remote location and natural defense were the advantages that transformed it into a fortress on top of the hills.

With its +/- 750.000 visitors a year it’s one of Israel’s most popular tourist attractions. You can either hike to the Masada archeological site or go by cable car. In case you want to hike all the way to the top, it’s best to start early in order to avoid the heat. There are two hiking paths: the snake trail and the roman ramp trail. Both trails are very steep.

So, when do you plan your trip to Israel? Let us know your thoughts in the comment below! 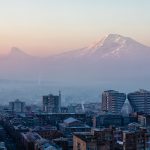 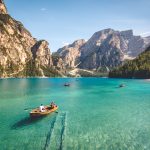