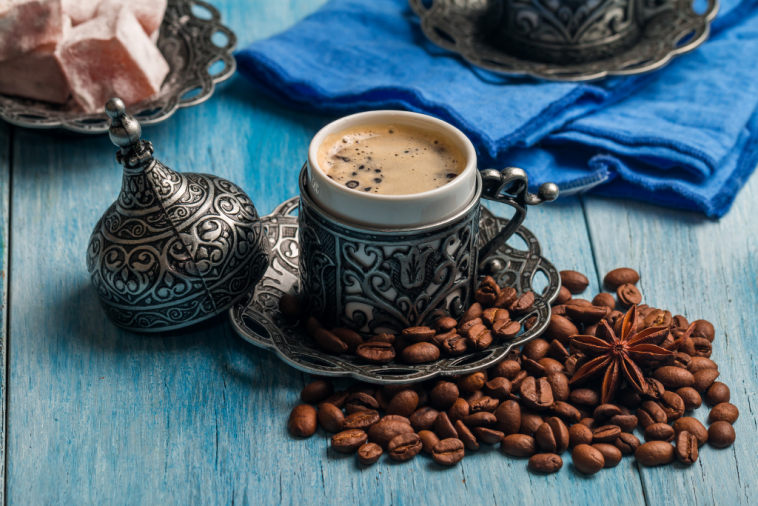 Although most tourists just focus on the main course on a Turkish dining table, there are many subsidiary details that accompany the main course. Until the main course’s turn come, we start with soup and appetizers which are preparing us for it. Then we choose a drink that keeps with the main course while starting the dish. When we finish the main course, we eat fruits or desserts besides tea or coffee then end our delicious meal. After previously mentioned Turkish desserts, today it’s Turkish drinks’ turn. Let’s start with an idiom as usual “Bir fincan kahvenin kırk yıl hatırı vardır” (A cup of Turkish coffee will be remembered for forty years). Here are some traditional Turkish drinks you should definitely try!

One of the most famous Turkish drinks is that Turkish coffee that has the oldest method of making coffee. Turkish coffee’s striking features are its history and soft and velvety foams on it. Another feature is that this coffee doesn’t need to be filtered. In general, old Turkish people like to drink it after a delicious meal. We mostly prefer to eat chocolate or Turkish delight while drinking Turkish coffee, these snacks pair well with our coffee. Lastly, Turkish coffee is an important sign of Turkish custom, when a couple’s families meet, the prospective bride serves Turkish coffees to each family.

Turkish Tea is surely one of the most popular drinks in Turkey. Tea can be drunk anytime and any hour in Turkey! It’s the most essential part of a Turkish breakfast with bread, cheese and so on.. You wouldn’t only drink tea during the breakfast, but also after every each meal to digest your food and freshen your mouth. In most of the restaurants, you will be served Turkish tea after meals as a free of charge treat.

Also, tea is served in a special type of glass called ‘ince belli bardak’ meaning ‘slim waisted glass’. Thanks to this special type of glass, your tea won’t get cold quickly and you can grab the glass more comfortably. Once you are in Turkey, even if you don’t look for tea to taste, it will definitely find you anywhere. So, you can’t simply go back to your country without drinking tea in Turkey! But if you have a chance, take a tea with a piece of ‘simit’ against Bosporus and enjoy your view with a nice shape of Turkish glass!

Our other famous drink is Ayran that made with yogurt, water, and salt. Ayran was founded by Gokturks. In spite of the fact that local people drink Ayran with kebabs, some people drink it at breakfast when they eat simit. With Ayran, the best meals are kebabs, lahmacun, döner, rice with chicken, and so on.

Boza is a fermented beverage made of millet semolina, water, and sugar. In old days, especially the Ottoman Empire ages, it was one of the most famous drinks. These days, it’s hard to find boza sellers on the streets, there are a few shops and a few different brands in supermarkets. This drink is consumed in winter. Boza is served with roasted chickpeas and cinnamon.

Salep is a powder made from Orchis. It has many benefits such as improving memory, boosting metabolism. Also, Ottoman Sultans were loving it so much because of the aphrodisiac effects and being a good cure for cold and cough. Salep is one of the easiest drinks to prepare.

This drink comes from the Ottoman era. The most common ingredients are cherry, lemon, sugar, clove, cinnamon, and ginger. It’s called a palace beverage because it was another favorite drink of sultans. There are many different types of this drink and all of them have their own benefits such as detox effect, reducing fever, and boosts immunity. Nowadays, local people drink it only during the Ramadan month.

The most famous alcohol in Turkey. Ingredients are grape, aniseed, ethyl alcohol, and water. In general, people go out and meet friends at a restaurant to drink rakı on hot summer nights. Fish, kebabs, appetizers pair well with Rakı. A large majority mixes rakı and water but some people drink rakı straight. Rakı should be drunk cold and at least with appetizers. It’s an incomparable drink that it’s like neither beer nor whiskey. My suggestion is that everyone has to eat haydari (a Turkish appetizer) while drinking rakı. In my opinion, it’s the best combination.

It’s made with turnip, black carrot, beet, citric acid, and rock salt. This drink indigenous to Çukurova, Adana. It has hot and not hot types. In Adana, this drink is sold by street sellers. In Adana, most people consume rakı, şalgam, and kebab together, when they combine them, it’s the best combination for these people.

What is your favorite Turkish drink? Also, comment below if you have any suggested Turkish drink to add the list. 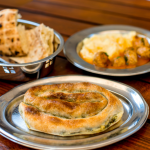 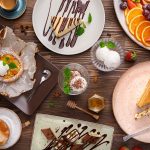