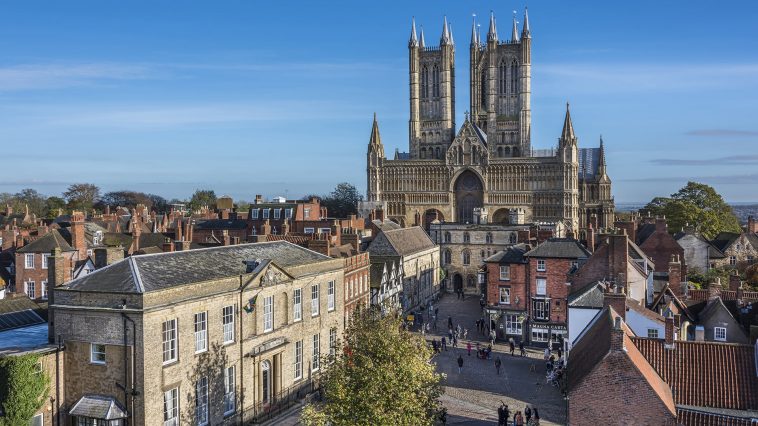 Like many people, before this pandemic, I was never at home. You could catch me on a train, ready to discover a new city, or on a plane jetting off half-way across the world. 2020 has been a total contrast. I have never spent so much time at home. And, any trips out the house have been limited to the Area of Outstanding National Beauty I reside near, the Lincolnshire Wolds. On the plus side, this has given me a greater appreciation for where I live. And, a new-found desire to show off all the amazing activities and places on my doorstep. In this article, I will talk about two of my favorite events that happen in Lincolnshire each year. And, why you should plan to go to them in 2021 – Lincoln’s Christmas Market and the 1940s Weekend at Woodhall Spa.

First, though, you are probably wondering where the heck Lincolnshire is…

Lincolnshire is a central-east coastal county within England. And, it is part of the East Midlands region (the map below shows where Lincoln and Woodhall Spa locate. A side note: perhaps controversially this map does not include North Lincolnshire (Scunthorpe) nor North-East Lincolnshire (Grimsby) within the parameters of Lincolnshire, although many others such as myself consider them to be part of the main county of Lincolnshire). This means there are many debates regarding whether Lincolnshire belongs to the North, or is a part of the South?! This debate is further complex due to the sheer size of Lincolnshire. It is the second-largest county in England, only behind North Yorkshire.

If you’re from Stamford or Grantham, you’re more likely to argue you’re Southern being only a couple of hours from London. Whilst people born in Grimsby and Scunthorpe will feel they have a justifiable case for being Northern. For those of you only familiar with London, to give you an idea of location county town Lincoln is ‘as the crow flies’ 120.9 miles from the capital and 158.4 miles by car. Lincolnshire is well-known for its airbases, links with the Royal Air Force, and seaside towns. Did you know the first-ever Butlins holiday camp opened in Skegness?

A modern emerging way to rank the greatness of places is by the quality of their Christmas market. It is something towns and cities have become increasingly competitive about. Just like you battle with your neighbors with determined grit to put up the grandest, fanciest Christmas decorations known to man, places have been going head-to-head with their markets, trying to outdo each other every December. The Christmas Market itself has existed for hundreds of years. According to this Guardian article, the first modern-day markets similar to the ones we know and love today popped up in the Western European countries Austria and Germany in the Middle Ages.

These first ones were still pretty different from the products we expect today’s stalls to sell; they mirrored traditional town markets and sold meats and tasty treats. Christmas became more synonymous with the act of gift-giving between families and friends. This is why markets started to offer a vast range of products other than food items. And, soon organizers were thinking outside the box to make their market unique. Nowadays, you can find wacky and wonderful attractions in markets all around the world. But, I will be revealing what is unique about Lincoln’s a little later on…

I feel lucky to live so close-by to a market. Some say is the best in the whole of the UK – Lincoln is on the list with the same caliber as London’s Winter Wonderland, Birmingham’s Frankfurt Christmas Market, and Edinburgh’s Christmas Market. Obviously, as a young kid, you never are really fully aware of how big a deal something is. But, even back then I was aware that Lincoln’s Market was popular. And, it was always a crowd-pleaser, from the huge crowds of people squeezed into the square visiting the stalls between the castle and cathedral.

Here in the UK, places form friendly social relationships between themselves and towns/cities all around the world in order to promote their respective cultural and tourist attractions and to create a forever lasting bond between the two places. Lincoln’s ‘twin town’ is the market town of Neustadt an der Weinstraße. And, it was the formation of this which inspired the Lincolnshire city to introduce its own Christmas market in 1982. Since then it has grown rapidly from its modest beginnings of 11 stalls. As many as 200 stalls now occupy the Cathedral Quarter each year, attracting a quarter of a million visitors each year and rave reviews.

Here is some more important information about the Christmas Market, what you can expect to find there and the stalls you cannot miss out on…

There is truly something for everyone on offer at Lincoln’s Christmas Market which makes it so special and spectacular.

Lincolnshire has always been very proud of its RAF association. Especially, the part it helped to play during the World Wars. The RAF and the air military industry has remained a significant part of Lincolnshire culture. Noticeably with the famous Red Arrow aerobatic display team being based in the county and several bases still very active. Preservation and remembrance of the hard work and sacrifices these people made. Especially, during World War II, are critically important for surviving RAF and military personnel and their families, as well as the rest of the community. This is why here in the UK every year there are 1940s Weekends all across the country. Celebrating the achievements of all those involved, whilst keeping the stories and history alive for newer generations. Flybys, 1940s style market stalls, vintage fashion, and tribute 40s performers are also popular exhibits at such a weekend.

Woodhall Spa is the PERFECT location for a 1940s weekend. And, as soon as you step foot in this magical place you’ll know why too. The former spa town is refreshingly stuck in the mid 20th Century with its American-esque high street layout. And the town’s refusal to branded stores. The majority of its shops are independently run and charming. I haven’t even mentioned yet the adorable Kinema in the Woods Picturehouse; the cinema delights visitors with its mid-screening interval breaks. And, if you’re lucky sometimes a pianist will literally rise up from the floor and perform some ragtime or jazz! You can also find the rare remains of a bouncing bomb prototype (that Britain used during WWII) in the town and what is left of a former RAF base.

Here is a little more information about when the weekend is held. And, what makes Woodhall Spa’s weekend stand out from the rest…

If you want more information about the 1940s weekend, even including how you can volunteer there, they have their own website which can be accessed here.

I hope I have given you some extra day-out inspiration for 2021! There are, of course, many other events in Lincolnshire which (touch-wood!) will go ahead next year. I recommend going to tourist information sites and the websites for the local council areas in Lincolnshire to find out more details about these events. Also, keep your eyes peeled for details about them on social media ☺ .

Hey! ?? I’m Georgia and I love writing! Whatever I end up doing career-wise will involve writing in one way or another, whether that be in academia or in journalism! Lockdown has brought out the photographer in me; I love cottage, nature and travel photography & wanted a space where I could post to my heart’s content and not bore my follower senseless?! This led to me creating my Instagram page (thegingerglobetrotter_) which has over 4.5K wonderful followers! I love combining my writing and photography in these pieces ?. I also love watching live sports, learning German and playing the guitar! 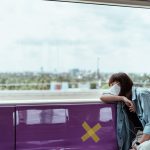 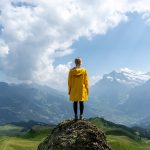