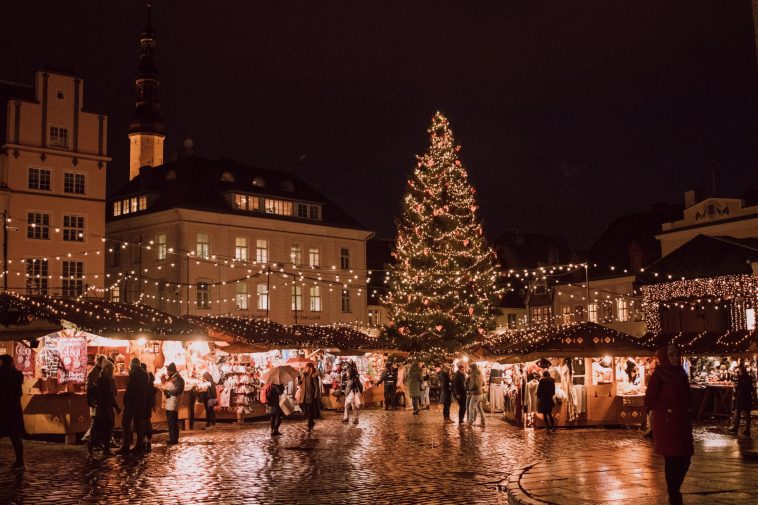 Although it is widely celebrated as a religious holiday, Christmas is more about spreading joy and welcoming the new year. If you want to have a taste of unique Christmas traditions around the world, these 6 regions are perfect for spending the holidays. If traveling is not an option this Christmas, don’t worry – you will find a few inspiring traditions to try at home as well!

When it comes to Christmas cheer, no one does it better than the Scandinavian folk. They are the masters of long winters and merry Christmas traditions. Each year on December 13, Norway, Sweden, and Finland celebrate St. Lucia’s Day. The snow-covered lands host an ethereal parade of lights to welcome Christmas. The parade begins with a procession led by young girls wearing white dresses and crowns of candles. Boys follow them, singing Christmas carols. For the Nordic countries, this celebration symbolizes light overcoming darkness during the dark winter.

Before the region switched to the Gregorian calendar, St. Lucia’s Day was recognized as the longest night. The Norse celebrated the winter solstice by building large bonfires to keep away evil spirits. The festival of light was a tradition in Scandinavia long before Christianity, and one of the oldest Christmas traditions around the world. Today, St. Lucia’s Day is the perfect festival for the most hopeful time of the year.

You have Eggnog, they have Glögg.

Although many recipes are roaming through the Internet nowadays, the traditional Scandinavian Glögg is a unique blend of red wine, cinnamon, ginger, cloves, citrus peel, and cardamom. For a magic touch, whole almonds and raisins are placed at the bottom of the glass.

Long before it made its place in our Christmas homes, Glögg was consumed across Europe to protect the body from cold and diseases. It was also a signature drink among the royalty. What makes Glögg so special is the combination of spices that goes perfectly with the winter vibe. Today, it is one of the most embraced Christmas traditions around the world. Christmas markets sell all kinds of Glögg with different spices when the season begins. If you want to spice up your Christmas feast with an authentic touch, give the good old Glögg a try.

In Russia, Christmas begins after New Year’s Day, on January 7, because the Russian Orthodox Church uses the Julian Calendar. However, celebrations continue from mid-December to mid-January, until Epiphany Day. It is one of the many Russian Christmas traditions that have deep roots in Pagan culture. Epiphany marks the baptism of Jesus Christ and the end of “svyatki”: the period from Russian Christmas eve to January 19. During these cold winter days, families gather around the fire in their homes and perform a variety of fortune-telling rituals. Also, if you visit Russia during Christmas, you will find the streets ringing with Christmas Carols, as many of the children go caroling after the feast.

Like Russia, Serbia has an Orthodox church, which means that Christmas bells ring on January 7 and bring the holiday cheer. Christmas traditions around the world revolve around one tree that makes everything feel special. But in Serbia, the iconic pine tree is replaced by an oak tree. Ever since pre-Christianity, Serbian people go into the woods in the early morning and look for oak branches with golden leaves. These oak branches are called badnjak. In the evening, people burn these branches, or sometimes the entire tree before the Christmas feast begins. In time, this ritual became one of the most iconic Christmas traditions in Serbia. Across the country, people gather outside, build large fires, and enjoy the festivals together.

If you are looking for an unusual way to spend Christmas, St. Sava Temple in Belgrad is your destination. Every year, the square hosts the largest and the most spectacular badnjak pyre. Thousands of people gather around it to celebrate Christmas under blazing fireworks.

Hawaii is the only place where you can see a barefooted Santa drinking cocktail on the beach. People of Hawaii have their fun with the irony of celebrating Christmas when it is 80 degrees outside. So when you see Santa arrive on a canoe pulled by dolphins instead of a sleigh pulled by reindeers, don’t be surprised. Other than Santa, people watch the arrival of Christmas trees by ships from the Pacific Ocean. As you would have guessed, pine trees don’t grow on the island. Still, the people of Hawaii decorate pretty much everything from the palm trees to their cars. The entire island lights up during Christmas time, and the streets roam with parades, Hawaiian carols, and hula.

And speaking of Christmas glam, Mexico takes the lead when it comes to the festive cheer. Beginning on December 16, children go around in the streets, knocking on doors and searching for refuge in the “inn”. This ritual is a reenactment of Mary and Joseph’s journey and is called “las posadas” (the inns). The tradition involves costumes, singing carols, and prayers. If you ever visit Mexico during these Christmas celebrations lasting from December 16 to 25, you will have a taste of one of the most authentic nativity reenactments in the world. But it isn’t until December 24 that the main event of the season takes place.

On Christmas Eve, millions of people in the country come together for a massive Christmas feast and the Mass of the Rooster. During the Mass, people parade in streets decorated with lanterns and Flores de nochebuena (Christmas flowers). They sing, dance, attend plays and celebrate as the sky hosts spectacular firework shows. In Mexico, Christmas traditions are truly as glamorous as it can be.

Austria’s Christmas markets are by far the most magical Christmas markets in the world. From handcrafted products to delicious treats, these markets have the holiday spirit in all shapes and forms. If you are in Austria during Christmas, you will find dozens of Christmas markets in every city. But the best of them are in Vienna and Salzburg. Go by the tradition and help yourself with some gingerbread and mulled wine as you walk around the vintage streets. Christmas in Austria is like being in a fairytale. But don’t forget-every fairytale has a villain. And somehow, Austrians managed to add a villain to the loveliest holiday in the world.

Meet Santa’s not-so-better half, Krampus. Krampus is a scary, beast-like figure and St. Nicholas’s (Austrian Santa) companion. Traditionally, St. Nicholas and Krampus go from door to door every Christmas. Good children receive candies from St. Nicholas, while Krampus punishes the naughty ones. Krampus is one of the Christmas traditions that has its origins in Pagan folklore. And today, it plays a very special role in Austrian Christmas celebrations. Each year on December 5, people dress up in Krampus costumes and parade on the streets. Among the Christmas traditions around the world, this is a view you won’t see anywhere else.

This Christmas, visit one of these regions and enjoy some of the oldest Christmas traditions around the world.

Don’t forget to check out our writers’ tips on the best cocktails and whiskies to drink on New Year’s Eve! 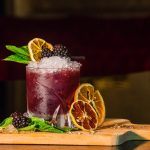 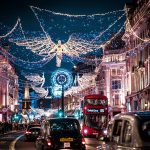