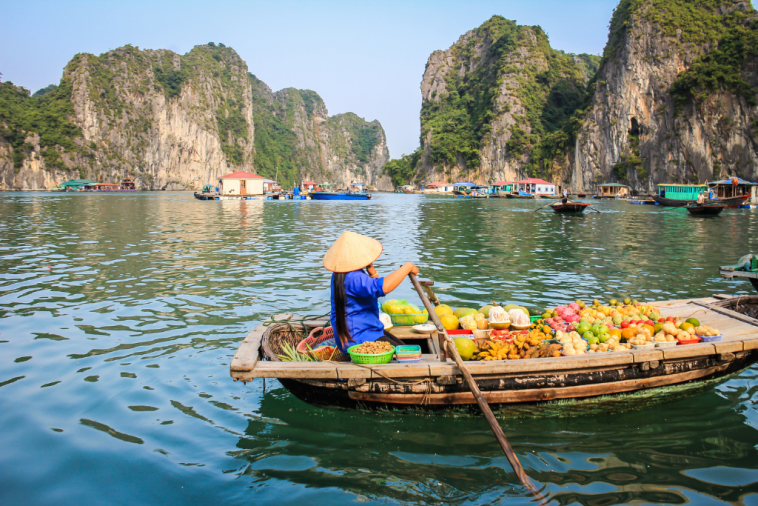 Vietnam has come an awful long way since its recent war-torn past. A country with rapid urbanization in the major cities mixed with tranquility in its unspoiled, beautiful countryside. I have been working as an English teacher in Hanoi for nearly three years and still blown away by the generosity and kindness of Vietnamese people. I sincerely hope it can open its doors to you in the near future, as I can’t think of many better places to appreciate post-pandemic freedom. So, here are the best Vietnam travel tips that you should know before your trip!

Let’s start with one of our first Vietnam travel tips. Many people think of South-East Asia and stunning beaches, islands, and never-ending jungles come to mind, but did you know that Vietnam has snowfall in the mountainous regions such as Sa Pa and Ha Giang? Vietnam’s uniquely narrow and long geographic makeup means that each of its three main regions can have contrasting weather at any given time during the year..

In general, it’s probably best to visit during December-February when the rainy season has finished in the central and southern area. This perfectly coincides with their biggest holiday of the year, Vietnamese New Year (Tet). You may also want to avoid June and July when the weather across the country can comfortably sit above 35 degrees celsius for the entirety of the two months.

Vietnam is currently home to eight UNESCO World Heritage Sites, with Indonesia (9) being the only ASEAN country to boast more. If you’ve ever seen any Instagram pages dedicated to the beauty of Vietnam, you’d do well to miss Hoi An Ancient Town, famous for its tranquil beauty and slower pace of life compared to bigger cities such as Hanoi and Saigon.

Another famous site that is included on nearly every postcard for the country is stunning Ha Long Bay. The limestone karsts and isles not only create a jaw-droppingly beautiful backdrop but also represents its mystical name “descending dragon” perfectly.

A third unmissable site is Phong Nha – Ke Bang National Park. Did you know the park is the home of one of the world’s largest caves? Son Doong cave was only discovered in 2009 but is believed to be between 2 and 5 million years old.

One thing you may find surprising on your first day is going to a restaurant for a late lunch around 2 pm and it’s already closed. Due to the sweltering heat and intense daily routine, many street-side restaurant owners will pull down the shutter or have a doze out the front during these hours. Vietnamese people have a remarkable ability to sleep just about anywhere, seriously google it, you’ll discover some incredible images. My best advice would be to do as the locals do and nap to escape the hottest part of the day or find a cafe with an air-conditioner to give you the intense caffeine boost a Vietnamese coffee promises.

Congratulations – you’re now a millionaire! Well, you will be once you change up your money and get handed hundreds of thousands worth of notes. One US dollar equates to just over 20,000 Vietnamese dong which means you’ll need a little over $40 to be a millionaire in this beautiful place.

The country is slowly becoming less cash-dependent but it’s best to withdraw cash to make payments and budgeting a lot easier. The banknote with the largest value is 500,000 VND but you should carry some smaller ones with you as the charming old lady selling iced tea probably doesn’t want to give you 495,000 VND in change.

What to Bring to Vietnam

I have been living in Vietnam for nearly three years and I’m still blown away by how convenient it is to get absolutely anything in this country. You could be in the mountains seemingly away from all forms of civilization but around the next turn, there’ll be a small shop selling everything you need from Oreos to iPhone chargers to a poncho to keep you dry in the wet season. It’s really quite remarkable.

The only exception I would add to this would be that western toiletries such as deodorants, shampoos, and suncream can be more expensive compared to the west. I would advise packing these with you, especially since many products here contain skin whitening chemicals.

The first thing that will hit you in Vietnam, hopefully not literally, is the noise and sight of motorbikes. They are everywhere. In my humble opinion, if you don’t experience riding one or being a passenger on one then you’ve missed out on an important part of their culture. Thankfully motorbike & taxi services such as Grab have made it extremely convenient for people to order one in any major city and avoid any scams. Seriously, this app is essential. Firstly though you will need to cross the streets on foot and avoid the bikes, this can be daunting at first but try your best to always keep moving forward slowly and you’ll be amazed at how easily the traffic flow will effortlessly cruise around you.

Some Vietnamese people living and working at the major tourist sites can now speak a basic level of English and those who can jump at the opportunity to practice with a native speaker, so don’t be afraid to ask them for anything you need.

One of the most useful travel tips I ever heard was learning a few simple words and phrases in the language before arriving in the country, as it can be a great thing to accompany your smile. Words such as cảm ơn (thank you) and xin chào (hello) will go a long way to showing the effort you’re making. Other useful phrases that will help you in markets and restaurants include bao nhiêu tiền (how much is it?) or Hẹn gặp lại (see you again).

“This is the way so many of the great meals of my life have been enjoyed. Sitting in the street, eating something out of a bowl that I’m not exactly sure what it is. And scooters are going by.” If you’re a foodie like the late, great Anthony Bourdain then you’ll undoubtedly fall in love with Vietnamese food culture the same way he did. Whether it’s eating bun cha in the same spot as Barack Obama, having a piping hot pho watching the hustle nearby, or a banh mi baguette on the go, Vietnam will never fail to satisfy the needs of your stomach. Whilst at the same time, it will also satisfy your bank account with many dinners costing you little more than a dollar.

Here is one of the most important Vietnam travel tips! After all that walking around the streets of Vietnam, visiting ancient temples, eating noodles, and taking photos of the sights, you’re guaranteed to work up quite a thirst. However, please don’t be tempted to return to your hotel and guzzle down the tap water, you will deeply regret it soon after. Your insides will be far more grateful if you buy a bottle of water from a convenience store such as Vinmart or Circle K for around 5,000VND. Better still, carry a reusable bottle with you as many hostels and homestays will offer free water to fill those environmentally friendly bottles.

Vietnam is the 15th most populous country in the world with a population that will likely exceed 100 million in the near future. Around 20% of the population live in two cities, the historical capital of Hanoi and the high-octane Ho Chi Minh City. Your trip is likely going to begin or end in these two places if you’re planning on traveling the length of the country and you’ll notice they are strikingly different.

Hanoi in the north is more traditional and historical with some buildings showing their damage from the wars with France and then the United States. It’s also the food capital of the country where you’ll likely find the best pho and bun cha compared to anywhere else.

Whereas Ho Chi Minh City or Saigon in the south resembles a modern Asian city with glitzy skyscrapers, rooftop bars, and entertainment long into the night. Not forgetting its close proximity to Chu Chi tunnels, giving you an insight into the complex underground tunnels used by the Vietcong during the 20th century to surprise their victims.

Don’t Underestimate the Size of Vietnam

Many people underestimate the scale of Vietnam before traveling there, it has over 3,200km of coastline, endless majestic mountains, big cities, and provinces with the Mekong River flowing through it. It is essential that you travel slowly and don’t try to cram in too much at one time. There are still endless pristine places that are relatively new to tourism such as Mu Cang Chai and Ba Be national park. These locations will deserve recognition just as much as some of the major cities.

Nearby country Thailand may be known internationally as ‘the land of smiles, but Vietnam is doing all it can to rival them for its crown. Riding a motorbike in the remote mountainous regions of the country and seeing locals of all ages waving and screaming “hello” at the top of their lungs will always be one of the most heartwarming experiences here.

I sometimes even have to withdraw from asking some Vietnamese people for favors as many will go to extreme lengths to help no matter how inconvenient it will be for them and how little they may have. But I would recommend not to be afraid to ask, be open and honest with them and you will make friendships and memories that will last a lifetime.

Hopefully, you liked my Vietnam travel tips and they can lead you for your trip to Vietnam. Let me know if you have another tips for Vietnam travel in the comments below! 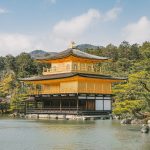 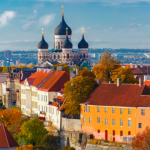