By the first week of June, we are starting our new series of travel news. By collecting the most important news of the week, we will be informing you about the latest updates of the travel world in the briefest, interesting, and time-saving manner.

By the beginning of June, some countries around the world, especially European ones, started to loosen the restrictions regarding the corona pandemic. Although pandemic doesn’t seem to be decreasing drastically yet, countries are afraid of its monetary burden to their economics. That’s why many countries preferred to go with easing their restricted rules to enliven their economies. Especially the Schengen area is hoping to open all borders to each Schengen country by the end of June. While there is so much information around about the borders, it is like a complex matrix for now. You may check the link for detailed European countries’ plans about opening borders.

While many countries let their domestic air traffic started, by mid-June some of the touristic countries decided to open their borders for international or regional passengers as well. Although still air traffic is barely close to half of the last year, we can expect numbers to grow by July. If we don’t face the second peak of the pandemic, by autumn we may have 60-80% of the air traffic we had last year. But still, authorities say that the air traffic will not catch the record year of 2019 till 2023 summer. Turkish Airlines made a hot intro by its stats in the European region after starting the domestic flights.

Although it may be hard for us as travel lovers to admit that less mobility means advancement for the environment, that’s a definite fact. Surely, global travel contributes to a lot of pollution for the earth. By all these discussions, we are likely to see the term ‘Sustainable Travel’ in our daily lives. Well, maybe that’s gonna be the positive impact of the pandemic on the travel world for the future. Traveling responsibly should be a key point to save the planet and the future of travel.

Theories On The Pandemic

Sometimes, even some of conspiracy theories pop in my mind if the pandemic was somehow planned by the higher mind to try to save the world somehow. It seemed that by such a tempo of mobility, it was hard for the planet to survive long. Continuing with the conspiracy, we may expect a way more expensive traveling world, especially for the international level, that only elites could be traveling just as in the ’70s or ’80s. And it’s not only me who thinks about some conspiracy theory about the pandemic but also some Americans about Bill Gates. It’s another aspect of the issue, but it was definitely an interesting survey that I could advise to check.

US Citizens Are Willing To Travel

The US is also going to ease the restrictions and domestic travel starts to move up. As also my personal observation and researches supporting that it seems Americans are bolder to travel this summer. Just supporting this fact, many Carraebian islands are already ready to open the islands for tourism. Also, famous Orlando Universal Studios reopened with various safety regulations last Friday after March when it was closed. 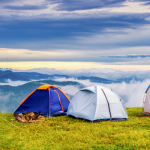 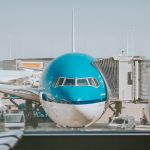