Most probably, for a long time of a period, we will be facing border reopening news as this week. The most shocking news of the week was about US travelers in terms of border reopenings. Other than that, we once again observed the steps of Europe to more sustainable travel world action plans for the post-COVID era. The leading topic about the issue was the plans covering the shift from airlines to train in passenger transportation.

There May Be Some Bad News For US Travelers

The week started with the news that the EU doesn’t consider opening for US citizens even after the 1st of July. According to the various sources like CNN, Bloomberg, and The New York Times; although the EU is opening borders by the beginning of the coming month, the number of cases in the US seems that the spread of the virus is still not under control. The decision is still in the draft, but it’s likely to happen in that way. When it comes to China, the EU says that if China lets EU citizens enter to China, then the EU can allow for the same. Actually, the situation seems kinda interesting from a political perspective as well. We will all see what’s gonna happen in the post-COVID world by the time.

Uzbekistan Offers A Compensation To Visitors If They Become Infected

One of the most interesting news came from Uzbekistan. To encourage the tourists to visit the country, the Uzbek government promises that if visitors got infected by coronavirus during their journey, they will receive $3000 for compensation. Actually, it’s a pretty bold action to regenerate the international tourism in the country. Meanwhile, it can be also interpreted in a way that Uzbekistan is trusting its safety and health precautions a lot. As you remember that, in the last week we saw the reverse scenario in Cambodia that a visitor had to pay a deposit of $3000 before they visit the country. We can see that different countries are going with different practices.

One of the craziest and shocking news came from Pakistan last week. As you may remember, a passenger plane of Pakistan International Airlines (PIA) which had crashed in the last month ended with the death of 97 people. After the initial report of the crash, the aviation minister of the country officially announced that 262 pilots in the country didn’t have the pilotage exam themselves. Moreover, those fake pilots don’t have enough hours of flying to become a pilot. Although there was no official state that the pilots of the crashed plane had ‘fake’ licenses or not, PIA stated that it’s an issue for the entire country. And some of those pilots are working in foreign airlines as well.

Aviation is statistically the safest mode of transportation with the lowest number of deaths per year. However, it’s also the most fatal mode of transportation when there is a crash. A serious crash means that 90% of passengers may be lost their lives. While aviation means safety and security regulations for many people in the sector, such incidents are very misfortune for the reliability of the sector. We are believing that the last accident at least could serve for a purpose in Pakistan that the necessary actions will be taken for the future. And the first step was that 150 pilots of PIA were suspended after the statement of aviation minister.

As Travelinsightpedia, since we are publishing our weekly news, we are insisting on two integrated topics. One is that traveling will be never the same again with the pre-COVID era. Second is that this new era will be mainly designed over the sustainability concerns of the governments. And such news are coming more and more as it is justifying our claims. Sooner or later the pandemic will be gone. So that the trends like an outdoor, caravan, or camping style of travel will surely decrease. However, the regulations in sustainability approaches that they were taken by governments seem to stay valid forever.

Actually, in the last weeks again we informed you about the decision of the Austrian government about low-cost domestic flights. A very similar news came from France this week. According to a report of The Connexion, France plans to remove all domestic flights, if a train journey of less than two and a half hours exists for the same route. Actually, the same approaches were being considered among some European countries back in time. However, it seems that the pandemic situation fastened the process.

Considering all this news, we will highly face three main results of these actions. Firstly, we will be gradually coming to the end of an era of cheap airfares. Probably, this will mean that aviation will be more alike back in the ’80s. It is going to be more ‘elite’, more expensive, and less common. Secondly, surely the aviation sector will be narrowing down through the time which will highly affect the airline companies and aircraft producers. Lastly, we will be facing the next railway movement. Back in time, at the beginning of the 1800s world was experienced the first massive movement of commercial railway networks. In today’s world, the railways were improved for the high-speed trains lately. Now it seems like, we are entering the high-speed railway network era.

Europe is slightly coming over the pandemic and the restart of traveling is being planned. In this regard, one of the suggestions was brought by the Vienna Institute for International Economic Studies for the post-COVID period. The plan offers the ultra-rapid train network that would link European capitals. In this way, the air traffic, as well as vehicles on the road, can be reduced which would ultimately lead to a decrease in the carbon emissions of Europe. If these high-speed trains could decrease the journey times for a considerable amount, a natural result would be the less demand for the airline seats in those routes.

Liceu Opera Barcelona gave its first concert from the beginning of the pandemic. But this time, the audience was a bit different than before. Well, it shouldn’t be a big surprise that the new audience was chosen among plants. The message should contain the meaning that post-COVID time will be the time to back in the nature of humankind. While leaving you with this very beautiful image of this week, if you just love the opera and plants, you can simply watch the concert by clicking the link. 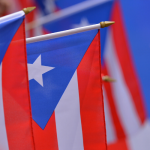 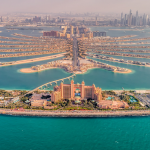