In my many years of flying as a passenger, I’ve had my fair share of silky-smooth, firm, and rough landings. Every time I’m in the final moments of arrival there’s always a rush and anticipation in my head. Will the pilots grease this landing? Is it going to be rough? Of course, with any such anticipation, there’s a sense of satisfaction and relief when the pilots grease the landing. I mean, who doesn’t love a smooth landing?

As it turns out, smooth landings can be unsafe to the aircraft and passengers in many situations. Paris-based A320 pilot, Florence, was cool enough to give me his perspectives on rough, smooth, and firm landings.

On the extreme end of the spectrum, hard landings are almost never wanted. “A very hard landing, which will end up bouncing, isn’t good at all. When [the plane] bounces, we normally have to go around,” and attempt the landing again Florence explains.

How hard is hard?

For Florence’s office, the A320, a mandatory inspection is needed when load factors exceed 2.6G upon touchdown, more than twice your bodyweight. Now that’s a hard landing! Hard landings can occur if the runway is an upslope, during turbulence, or if there is a difference in air density.

Can a landing be so hard that it can damage the aircraft? It sure can, but it’s a very rare occurrence. On August 18, 2019, a Delta 757 flight from New York to Ponta Delgada landed so hard that the fuselage was heavily damaged. Surprisingly enough Delta did their best to repair the damaged 757 for four months before returning it to service.

Time for a smooth landing

That explains why whenever I fly to Chicago’s Midway Airport, most of the landings I experienced were on the firm side. For an airport that is as busy as Midway, their runways are relatively short with their longest runway measuring a mere 6,522 feet. Compare that to neighboring O’Hare airport and their longest runway is 13,000 feet. In this situation attempting a smooth landing would increase the chances of overrunning the runway. Firm landings are the way to go to slow the plane down faster and to get off the runway sooner.

Especially when it’s raining outside, firm landings are more so desirable. Florence adds that “if the runway is wet or contaminated, it is better to do a firm landing so the wheels will spin up in contact [with] the ground and not the water.” No immediate contact with the ground on a wet runway could result in hydroplaning, which is “really dangerous at 160mph…”

Now it’s not to say that all smooth landings are bad, there’s just a time and a place for it. Just know that the next time you fly and experience a rather rough touchdown, it was probably done on purpose for your safety.

If you love aviation topics, don’t miss to check out our ‘Airport Architecture that Reflects the Destination‘ post! 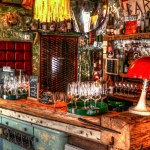 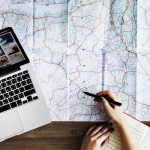