Online tourism news portal about Turkey and developments in the world with the latest news and reviews. 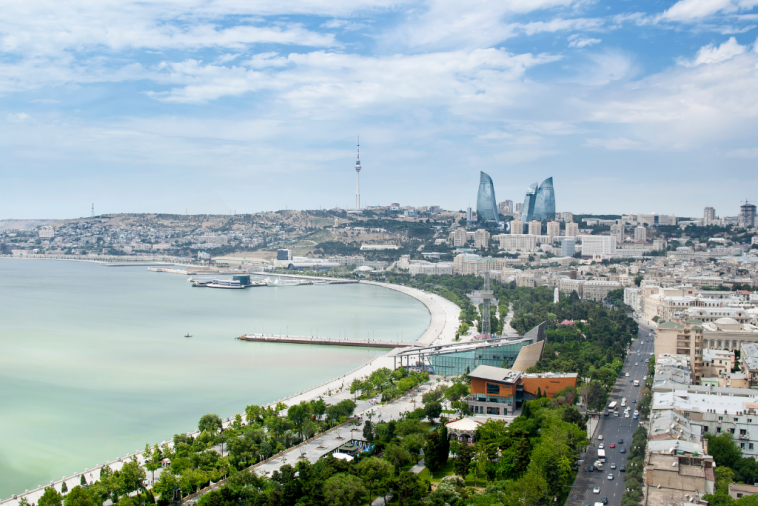 Azerbaijan is a former Soviet country located in the south of Eurasia, famous for its many fascinating natural sites, unique history, and amazing food. As well as being the largest city on the Caspian Sea and of the Caucasus region, Baku is also one of the most beautiful cities in the region. Here, we have listed the best places to visit in Baku, the capital of Azerbaijan.

Special thanks to Melih Daşgın for this comprehensive Azerbaijan list and also you can check the Turkish version of this post from Turizm Günlüğü.

It is the name given to the region which is located in the heart of Baku, surrounded by walls, with many old houses and historical buildings. The place is also on the UNESCO World Heritage List. It’s like a preserved open-air museum. It is possible to find people who still live with the ‘neighborhood culture’. You can stroll through the narrow streets, visit museums, and find many things that suit your taste in local restaurants/cafes. The most important historical buildings in İçeri Şeher are Giz Gala and Shirvanshahs Palace, which have remained standing since the 12th century.

It is the address of colorful delicacies that consists of shops that are open in Baku all day and the Bazaar that is built by the villagers every day. Products from all over the country arrive on the Bazaar every day and are quickly consumed by tourists as well as local residents.

You can find spices, cheeses, vegetables and fruits, red meats, fish, and top-quality caviar in the Bazaar. There is Beluga, the most expensive caviar in the world, among the other products of the Bazaar. Beluga Caviar, brought from the Caspian Sea, is made out of sturgeon roes. You can find Beluga at the cheapest price in Yaşıl Bazar.

As one of the best places to visit in Baku, these towers that decorate all Azerbaijani-themed objects are not only the iconic structures of Baku but also the whole country. A few of the most important assets of the city are oil and its gas flames. This inspired the building of these skyscrapers, and it was completed in 2012. They are now in service as hotels, offices, and residences. It is possible to see these towers, which are 190 meters (approx. 623 feet) tall, from almost every part of the city. The light show that is made with 10 thousand led lights is especially worth seeing!

An architectural masterpiece that makes one feel like they’re in a supernatural world! Its architecture reflects the rise of the Caspian Sea, which takes place in Azerbaijani mythology. There are concert halls, conference rooms, a library, a museum, and art galleries in the center. For this center in which you can see countless works of Azerbaijani culture from past to present, you should plan your time effectively.

The palace belonged to the Shirvanshahs dynasty and survived from the 15th century to the present. It is located in İçeri Şeher. Its architecture is magnificent. The palace, which has been serving as a museum since 1964, has a mosque, a tomb, and a bathhouse (hammam). You can also see the places built by the Ottomans in the palace.

We can call this Square the meeting point of Baku, or, the Times Square of Baku. When you are walking in the city center, every street will lead you to the Square, so it’s almost impossible to miss it. But you can also find yourself in this beautiful Square by following the fountains from the Soviet era. Nizami Street, which rises from the square and is closed to vehicle traffic, is one of the most beautiful places with historical buildings and numerous shops and restaurants. It is especially worth seeing with evening lighting

If you see something like a crystal right next to the Bayrak Square, don’t hesitate to approach it. You can watch concerts, sports competitions, and various events in this multi-functional arena built for the “Eurovision Song Contest” in Baku in 2012. The reflection of the lighting on the Caspian Sea is worth seeing.

Azerbaijani and Turkish soldiers who were martyred in the Battle of Baku in 1918 are buried here. You can understand what the sentence ”One nation, two states” means here fully. A meaningful visit awaits you with a huge monument that is constantly kept alive inside, the flags of two countries constantly fluttering, and a burning torch. Also, there is a very cute funicular to climb up to the Lane. Don’t miss out!

It is an open-air museum located only one hour away from Baku, where many works of civilization from prehistoric times to the present are exhibited. You can see the traces of life that existed thousands of years ago in the carvings and drawings clearly. Guided tours would be the most logical choice to get detailed information about the region. You can find one-day tours departing from Baku to the Park, which is considered a world heritage site.

The giant Azerbaijan Flag waves on its 162 meters long mast in this Square. After a pleasant walk along the beach, you can reach this square and closely see the flag that was once the tallest flagpole in the world and now it is waving on the world’s third longest pole.

Are you ready for one of the most unforgettable moments in your Azerbaijan trip? There is one more thing that is included in a one-day tour for Gobustan National Park. And that is to witness a natural wonder that is half an hour away from Gobustan. But getting here is an excitement in itself! You will get off your tour bus at a certain point and get on old Soviet cars. And those cars will take you through bumpy roads to the volcanoes. The volcanoes that are natural moments are almost miniature volcanoes. They have mud pools on top of them and it boils. One-third of these mud volcanoes in the world are located in Azerbaijan. You can play games with this mud which is also used in the cosmetics industry.

When you excavate in Azerbaijan, you are more likely to encounter oil than water. They call the oil ‘black gold’ which is constantly extracted by giant pumps. Baku is one of the rare places in the world where you can see so many of these interesting pumps up close. You can easily find these oil drilling fields near the city center and take great pictures.

It is one of the three Magi (fire worshipers, members of Zoroastrian religion) temples in the world. This temple’s history goes back about 4000 years and is half an hour away from Baku. You can see a constant fire in the middle and around it cells used by Zoroastrians for worship at the time. You can get a lot of information about Zoroastrianism during your visit to Ateshgah, and you can shop from the souvenir shops around.

If you are wondering why people call Azerbaijan “Land of Fire”, you can visit here. It is a natural wonder formed by the burning of natural gas leaking from underground for hundreds of years. It is a place where the flames never burn out, almost like a stove burning constantly. You can reach Yanardağ, which is opened as a museum, in half an hour from Baku.

If you want to feel like you are in Venice from Baku, Mini Venice is for you. This miniature park contains canals where you can travel with a gondola. You can relax and take great photos on this gondola ride, which is one of the cutest places in the city.

Highland Park is probably the most special place in Baku with the best panoramic view. It is within walking distance of the Martyrs’ Lane and Flame Towers. You can come here to take walks and enjoy the view with the sound of the wind. You can see Baku in two different ways by coming to this park during the day and night. Granted, you can take mesmerizing photos here.

This mosque is considered one of the “most beautiful mosques” belonging to the religion of Islam. It was built during the Shirvanshahs period and was demolished by the Bolsheviks in 1936. It turned into its current form in 1997. Although it looks like an ordinary mosque from the outside, the ornamentation inside reveals its difference.

The bath culture in Azerbaijan is one of the best examples of the similar culture they have with Turkey. However, we cannot help but say that the baths there are different and more comprehensive than Turkish baths. You can even eat in them. The hammams that look like museums are really worth seeing. The main baths in Baku are Tazebey Bath, 8 Sayli Bath, Xan Bath, Hamambath.

Apart from all the other places, you shouldn’t miss this park in Baku. There is no need to say much about this park. It is very honoring to the Turkish people that a park like this exists this far away from the country. 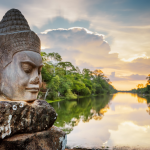 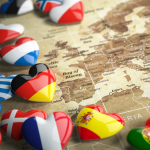